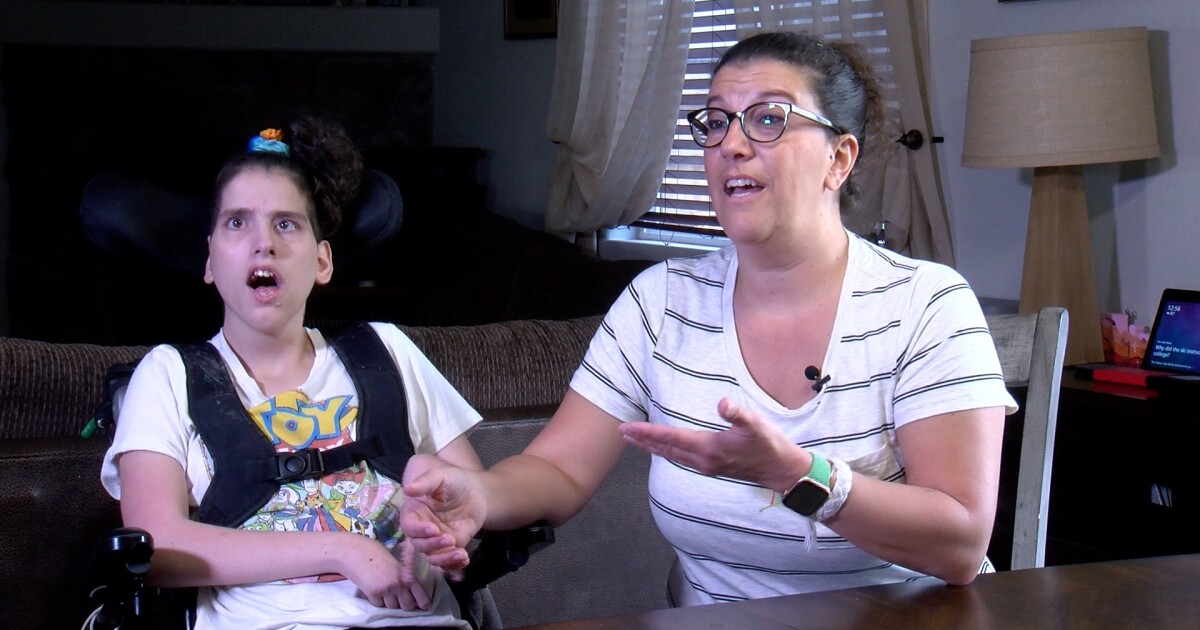 COLORADO SPRINGS — Laura Johansson said it has been 869 days since her daughter, Sydney Johansson, was able to receive care through a day program for adults with disabilities.

Sydney was born with cytomegalovirus (CMV), causing hearing loss and cerebral palsy. Her mother said she was placed in a day program after graduating from high school, but three weeks later the pandemic sent everyone home.

“We thought, you know, by next school year, we could start again,” Laura said. Today, more than two years later, her daughter is still unable to participate in a program that meets her needs.

Disability care facilities face staffing issues, resulting in long patient waiting lists. Ivette Mengle, director of the day program at Our House, a care center for people with disabilities, said their two waiting lists totaled 25 people. One of the waiting lists is made up of about 10 patients previously at the center who were sent home due to the pandemic and want to re-enroll in the program.

“Staffing is the biggest hurdle for waitlists. I would bring them all in if I had all the staff,” Mengle said. She said their staff had increased in April, but were still struggling with waiting lists and communication issues with partner agencies.

The Resource Exchange (TRE) is an agency that helps connect people with disabilities to care programs. Mengle said connecting patient referrals with the agency has been difficult.

“They’re completely behind schedule. I’ve had meetings this week about other clients we’ve had issues with their service plans, and it’s been a month of waiting just to get the review and do fix those that are in place,” she said.

TRE confirmed that the pandemic had dealt a severe blow to their services, but denied having a backlog of patients.

Another barrier is the amount of care Sydney and people like her need. She needs 24-hour care and uses a feeding tube, which only a few centers in the area are trained to deal with.

In 1885, the Kewanee Reds played the Chicago White Stockings; It didn’t go well

Is it the right time to buy a house? | Company