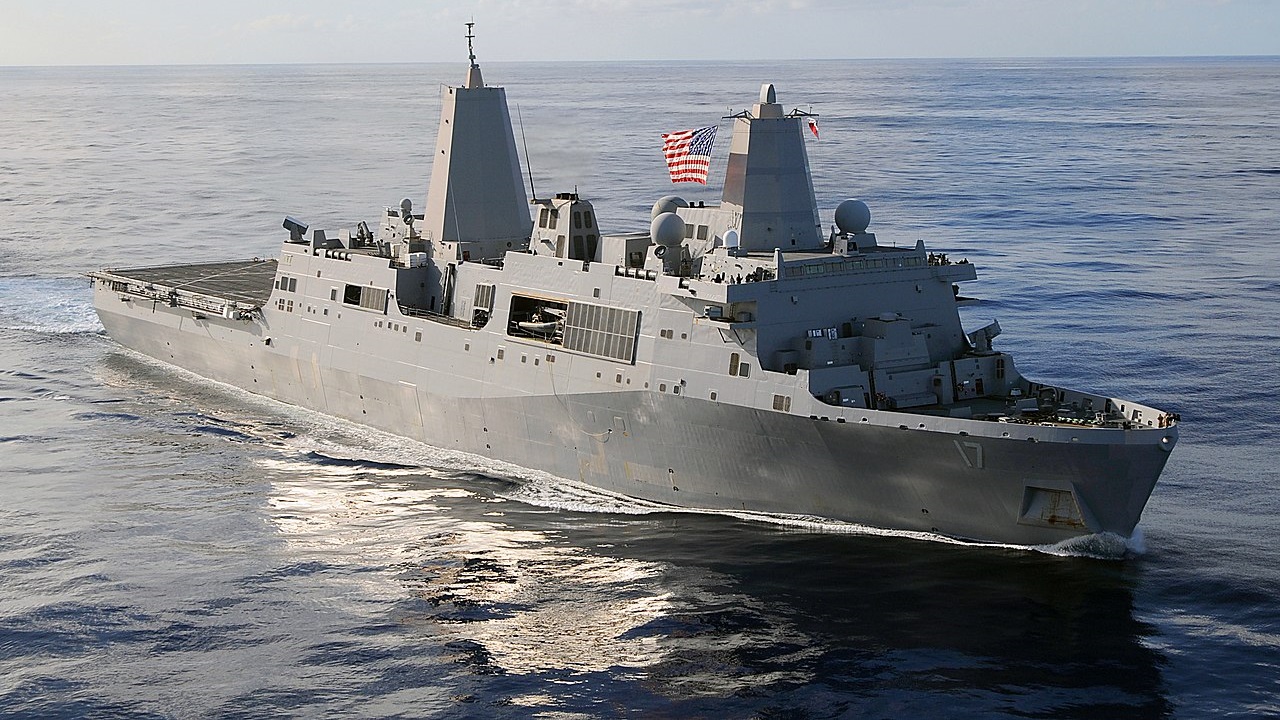 A mother drone for the US Navy? Here’s how it could happen

The U.S. Navy’s fleet of amphibious transport docks – also known as “landing platform, dock” (LPD) – don’t typically receive the same level of attention as aircraft carriers or even ships. destroyers. However, these vessels remain critical workhorses which provide the US Navy and US Marine Corps with modern maritime platforms capable of transporting troops, aircraft, ground vehicles and landing craft to distant shores.

It was only last week, June 11, that the shipbuilder, Huntington Ingalls Industries (HII), announced that its Ingalls Shipbuilding division baptized on the 13th and last San Antonio-class amphibious transport dockUSS Richard M. McCool Jr. (LPD-29). The ship was named in honor U.S. Navy Captain Richard M. McCool Jr., who received the Medal of Honor for his heroic actions in rescuing survivors from a sinking destroyer and for saving his own landing support ship during a World War II kamikaze attack. Moreover, his rescue efforts took place exactly 77 years before the day LPD-29 was christened.

“Richard M. McCool Jr. truly embodied the spirit of service above self,” said Navy Undersecretary Erik Raven, the keynote speaker at the ceremony. “The Sailors and Marines who will sail on this future ship carry on this legacy by following the example of Richard M. McCool Jr.’s spirit, patriotism and selflessness.”

A mother drone or an aircraft carrier drone?

In addition to transporting troops and equipment around the world, the San Antonio-LPD class could soon be used as mother drones. HII announced on Monday that it has completed the successful demonstration of capabilities allowing amphibious warfare vessels to launch, operate with and recover Large diameter unmanned underwater vehicles built by HII (LDUUV).

The launch and recovery demonstration was performed by HII’s Advanced Technology Group using a prototype dubbed Pharos and HII’s Proteus LDUUV. It was part of a research and development initiative carried out between the Ingalls Shipbuilding and Mission Technologies divisions of HII, while three main partners supported the development. The University of New Orleans, in collaboration with the US Navy, carried out the first tests of the model and the prototype was manufactured by Metal Shark in Louisiana.

“HII is committed to advancing the future of distributed maritime operations and demonstrating our ability to support unmanned vehicles on amphibious vessels,” said Kari Wilkinson, President of Ingalls Shipbuilding, who hosted and participated in the demonstration. “I am very proud of our team’s initiative to enhance the flexibility of the vessels we build by anticipating the challenges and opportunities that exist for our customers.”

Proteus is a high class UUV and can be configured to test sensors, range, payloads, energy storage systems and other technologies. It is equipped with forward-looking sonar, cameras, variable buoyancy system, base energy of 148 kWh; extended range options and 170 cubic feet of customizable cargo volume with external cargo capability.

The recently concluded demonstrations took place along the Pascagoula River in Mississippi and involved having the LDUUV approach and being captured by the Pharos cradle, while Pharos was towed behind a small craft that simulated an amphibious vessel at low speed. Pharos was put into a tow position, then using a remote control, it was weighted into a trailing position allowing the LDUUV to navigate the recovery vehicle, HII said.

After the unmanned vehicle was captured, Pharos was deballasted into a recovery and transport position. The demonstration also included ballasting to launch the LDUUV after capture.

The Pharos prototype was fitted with sturdy wheels, which provided maneuverability for transport in the well deck of an amphibious vessel as well as for stowage on vehicle decks. As a result, Pharos could be moved from the stern of an amphibious vessel while using the vessel’s existing winch capabilities to extend and retract the well deck platform. The Pharos design is scalable and reconfigurable to fit various underwater or unmanned surface vehicles.

The recent test, conducted in the calm waters of the Pascagoula River, Was the first of what will certainly be much to come. HII is currently exploring modifications for other UUVs that will participate in live demonstrations with the fleet over the next year. HII announced that it will use the results of the Pharos demonstration to evolve concepts and continue to develop innovative national security solutions.

Today’s editor for 1945, Peter Suciu is a Michigan writer who has contributed to more than four dozen magazines, newspapers, and websites. He writes regularly on military hardware, the history of firearms, cybersecurity and international affairs. Peter is also a Contributing author for Forbes.