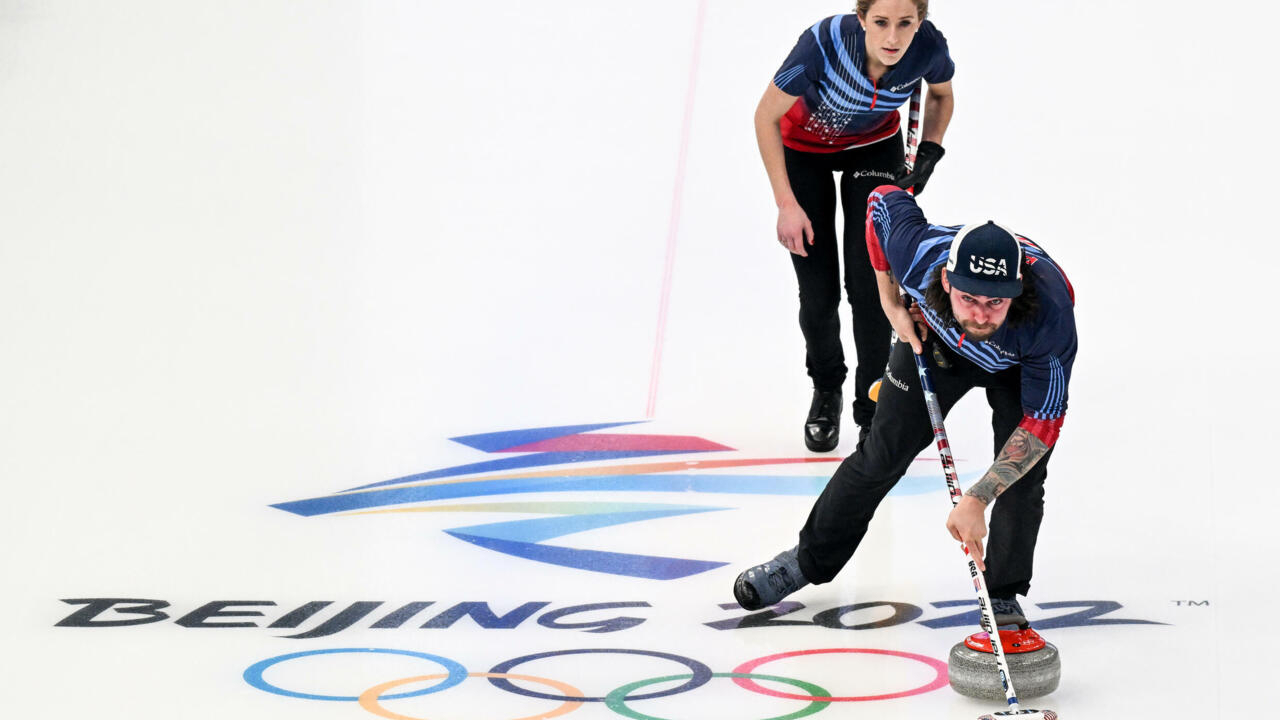 Beijing (AFP) – The unexpected gift from a pair of Chinese curlers to their victorious American opponents at the Beijing Winter Olympics has brought a temporary thaw to the icy atmosphere between the two world powers.

Curlers Ling Zhi and Fan Suyuan presented a set of commemorative pins to Christopher Plys and Vicky Persinger after the Americans won 7-5 in their mixed doubles round robin meeting on Saturday.

“These will sit on my desk for a very, very long time,” Plys said of the pins, which he called “simply beautiful, something super unique.”

“I don’t know what it’s like with Chinese curlers. We can’t really communicate well, but we always seem to give each other a smile and a thumbs up.”

Ling, from the winter city of Harbin in northeast China, said bonhomie was a “curling tradition – athletes are friendly to each other”.

The Beijing Olympics opened on Friday under the shadow of the pandemic and a diplomatic boycott of the Games by the United States and several of its allies over China’s human rights record.

Plys said he doesn’t “let the politics of our countries get in the way of what’s happening.”

“At the end of the day, we all bleed the same blood and play the same game. It’s fun to learn a little about each other’s cultures and show them that it’s all about love.”

How To Use Kale In Your Diet, But Go Slowly