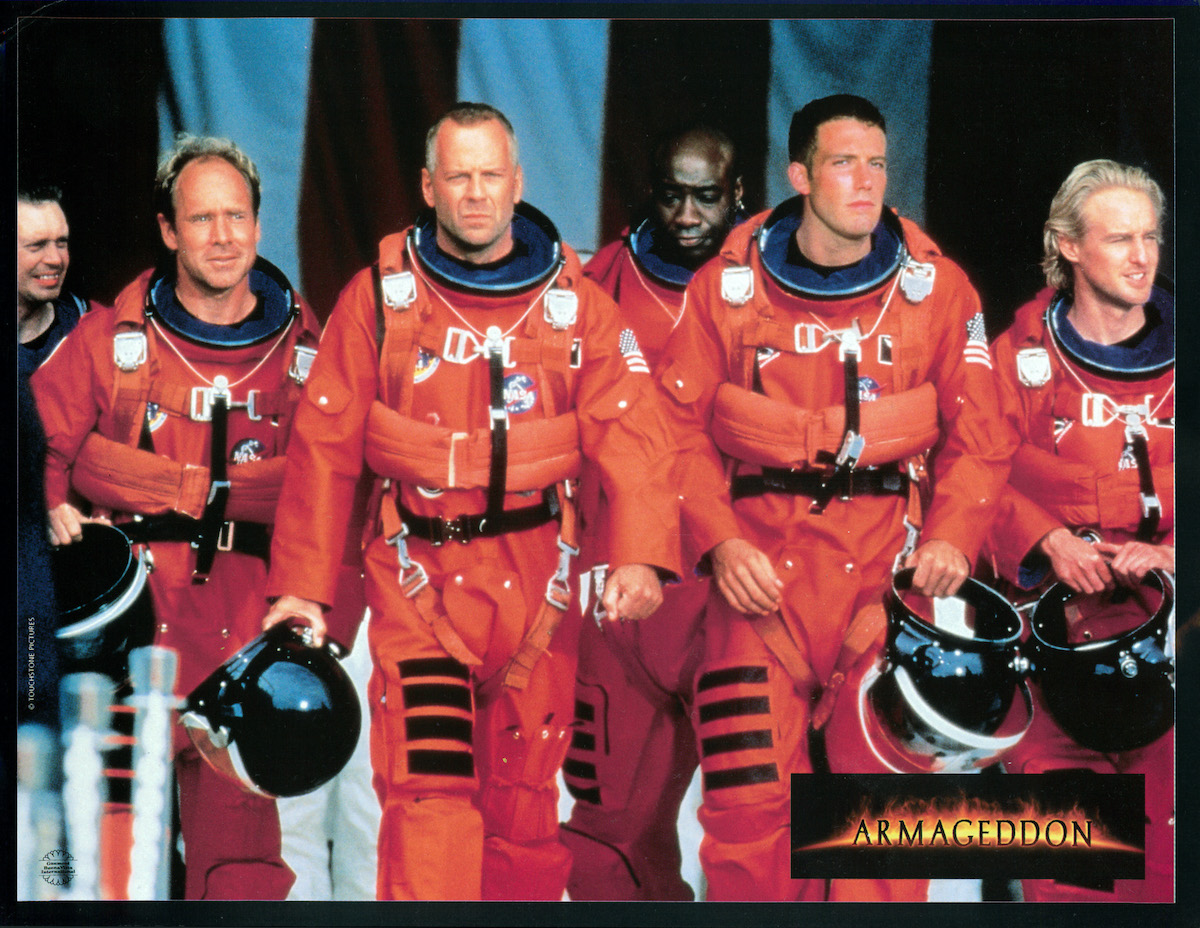 ‘Armageddon’ Is So Inaccurate One Astronaut Calls It ‘Tragic Comic’

Some movies are created for pure entertainment. There is nothing realistic in these films. Armageddon (1998) is an example of such unrealistic yet entertaining films. Even a real astronaut had a few words to share about the accuracy of Armageddon.

‘Armageddon’ tells the story of a giant asteroid heading towards Earth

According IMDb, while attempting to repair a satellite, the space shuttle Atlantis is destroyed by a meteor shower, killing the entire crew. The meteor shower then hits New York and other major cities around the world.

This event alerts NASA to a giant asteroid heading towards Earth. This asteroid is the size of Texas and travels 22,000 miles per hour. It would only take him 18 days to reach earth and destroy all life as we know it.

While working alongside Russia, Japan and France, NASA hatched a plan to detonate a nuclear weapon in the asteroid to snap it in half and force it to miss Earth. The details of this mission had to be done perfectly for it to work and should not be revealed to the public to avoid panic.

A team of deep oil drillers are recruited to get to the fast approaching asteroid and drill to plant the nuclear bomb. Time is running out and this team must be formed quickly and fulfill its mission. The tension is high because the fate of the Earth depends on this motley crew.

Astronaut Chris Hadfield sat down with Vanity Fair on Youtube to discuss the accuracy of several space movies. With what size Armageddon was in his time, it had to be discussed. Hadfield starts on Armageddon segment just laughing. Maybe that’s an indication of how he feels about this movie.

Hadfield begins by saying, “This film is Armageddon, which is the disastrous end of everything, and I think that’s an appropriate name for this movie. I haven’t seen it since I turned away from it when it first hit theaters.

One unrealistic part that Hadfield points out is how the space drill team can talk with mission control. He says,

“Let’s start with the fact that they talk to Mission Control in real time. There is no lag. How did time and space suddenly change to get instant communication to this lag-free asteroid? »

He goes on to say, “And there’s these weird video game displays in the space shuttle that let you… like suddenly you’re flying in the Asteroids game.” Hadfield summarizes his opinion on Armageddon saying,

“It’s as excruciatingly bad as any space movie that’s ever been made. It’s so bad, it’s tragicomic. I’m glad they landed safely on the asteroid, but it’s just atrocious.

Hadfield obviously didn’t like it Armageddon neither do film critics. But that hasn’t stopped theatergoers. It was a huge commercial success and grossed just over $36 million opening weekend in the United States and Canada. It went on to gross over $553 million worldwide.

Whereas Armageddon is not respected for being scientifically accurate by scientists, it is still popular to watch. Even NASA uses Armageddon as part of his management training. NASA recruits are tasked with seeing how many inaccuracies they can find. So far, a total of 168 factual errors have been found.

It is time for the trial of racism against the Mapuche people; Gloria Naveillan could be stripped of her parliamentary immunity