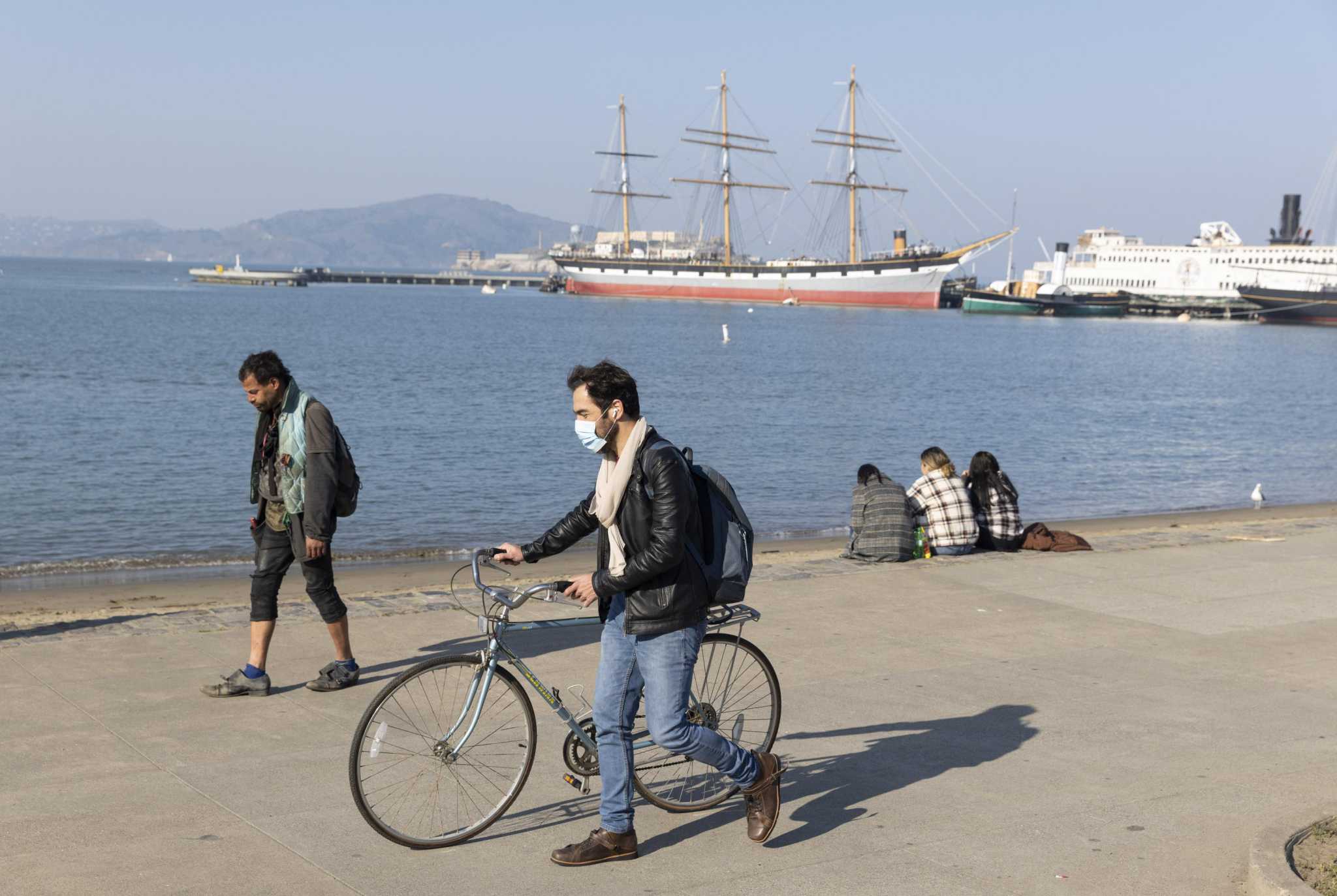 California’s statewide mask mandate, which requires everyone to wear a face covering indoors regardless of vaccination status, will be lifted Feb. 16 as scheduled, officials said Monday. health officials, noting that cases have dropped dramatically since the peak of the omicron surge.

It was not immediately clear whether all Bay Area counties would also lift local mask mandates, some of which have been in place for six months. Several counties had previously said they planned to align with the state and immediately relax their mandates. Others have hinted that they plan to apply new measures to remove the mandates, probably based on hospitalization rates.

The relaxation of the state order next week will not apply to K-12 schools, where indoor masking will continue to be required for all students and staff. Face coverings will also still be required on public transit due to a federal health order and in some gathering places like retirement homes.

Additionally, unvaccinated people will still be required to wear masks indoors in all public places in California.

In initial reactions from Bay Area officials, the Contra Costa County Health Department told The Chronicle on Monday: ‘We are in the process of evaluating our county’s masking requirements in light of changes state guidelines and will announce any changes as soon as they are finalized. »

Health officials in San Francisco said they had no updates on the city’s plans after February. 15, the last day of the state’s indoor mask mandate.

State officials said Monday they feel confident lifting the mask mandate next week due to improved conditions from the omicron push, as well as hope that children under 5-year-olds will soon be eligible for vaccines and that drugs to treat COVID will become more widely available.

“Omicron has loosened its grip on California, vaccines for children under 5 are around the corner, and access to COVID-19 treatments is improving,” said a statement from Dr. Tomás Aragón, Head of state public health. Aragón is also director of the California Department of Public Health, which issued and will now lift the state’s mask mandate.

“With things moving in the right direction, we are making responsible changes to COVID-19 prevention measures, while continuing to develop a longer-term plan of action for the state,” he said.

Statewide cases have dropped more than 60% since the peak of the omicron surge three weeks ago, and the number of people hospitalized with COVID has dropped more than 30%. Deaths were increasing until recently, but appear to have leveled off in recent days.

California’s mask mandate was reinstated in mid-December as omicron gained a foothold and cases began to skyrocket. The original order was set to expire Jan. 15, but state officials extended it until at least Feb. 15 and said they would reassess the need at that point. On Monday, the state said it would let the mandate expire and masks would no longer be needed starting Feb. 16.

But most Bay Area counties have kept local mandates in place since last August, when the delta variant was in full swing. In October, local health workers laid out a series of metrics outlining when those mandates would be lifted, but only one county — Marin — ever met those targets.

“As much as possible, I like to align with the state and the (Centers for Disease Control and Prevention) because it’s easier to communicate with the public and we want to reduce confusion for the public,” Dr. Sara Cody, Santa Clara County Health Officer, at a press conference last week — ahead of the state’s announcement on Monday. “That said, our role here is to ensure that the population is best protected. So there have been times when we felt that state or national policies were not protective enough and we stepped in to revise our local policies.

The state also announced Monday that it was letting two other health orders expire. One was a rule put in place early last month requiring visitors to nursing homes to present proof of a negative test result to visit residents; this mandate was lifted as of Monday.

The other change applies to indoor and outdoor mega-events, which will now be set to 1,000 for indoor environments – down from 500 during omicron surge – and 10,000 for outdoors, down from 5,000.

Cleaning can always be a chore, but with the right attitude, it doesn’t have to be agony | Lodging