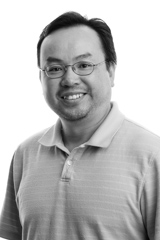 On February 23, Rollins was notified of the death of Son Nguyen, a computer tech support specialist at the college. Nguyen’s death follows his battle with cancer which began in the fall of 2020.

Kyle Bennett (’22), a colleague of Nguyen, said: “I still remember getting that email in November saying he was going on sick leave and he wasn’t thinking much about it; I thought it might be related to COVID-19 […] It wasn’t until a few months later, when I found out he was being transferred to hospice due to cancer, that I realized how serious what was happening was.

Nguyen had worked with the Rollins User Services department since 2014, helping students and staff. His specialty was hardware, software, and network support, as well as video editing and Photoshop, but he was best known for his kindness.

“He approached his work with quiet confidence and an attitude of support and understanding. It also helped that he was super smart,” President Grant Cornwell said.

Besides his constant support, Cornwell said Nguyen approached each task with a “wide range of skills”.

The Rollins community has come together to show their support for Dr. Amy McClure, Nguyen’s wife and faculty member.

“There was an organized food drive to cook meals for him and his wife, which I had hoped to attend, but never got the chance,” Bennett said. “But, seeing the number of different people from across the college campus who signed up warmed my heart.”

In addition to the food drive, a GoFundMe has been set up to help pay Nguyen’s medical and memorial bills. The fundraiser raised over $7,000.

McClure and Nguyen shared a deep and enduring bond. In McClure’s thesis, she dedicates her research to Nguyen: “For my faithful partner in life. There is no reward for the support you have provided. You didn’t just step back and give me space to pursue my passions; you have engaged with me every step of the way – emotionally, politically and intellectually. This thesis is dedicated to you, Son Nguyen.

Further information on Nguyen could not be found due to the lack of a publicly available obituary.

Companies are looking for IT security resellers with technical know-how

Stefanini bets big on the IT security market with Bucharest Center