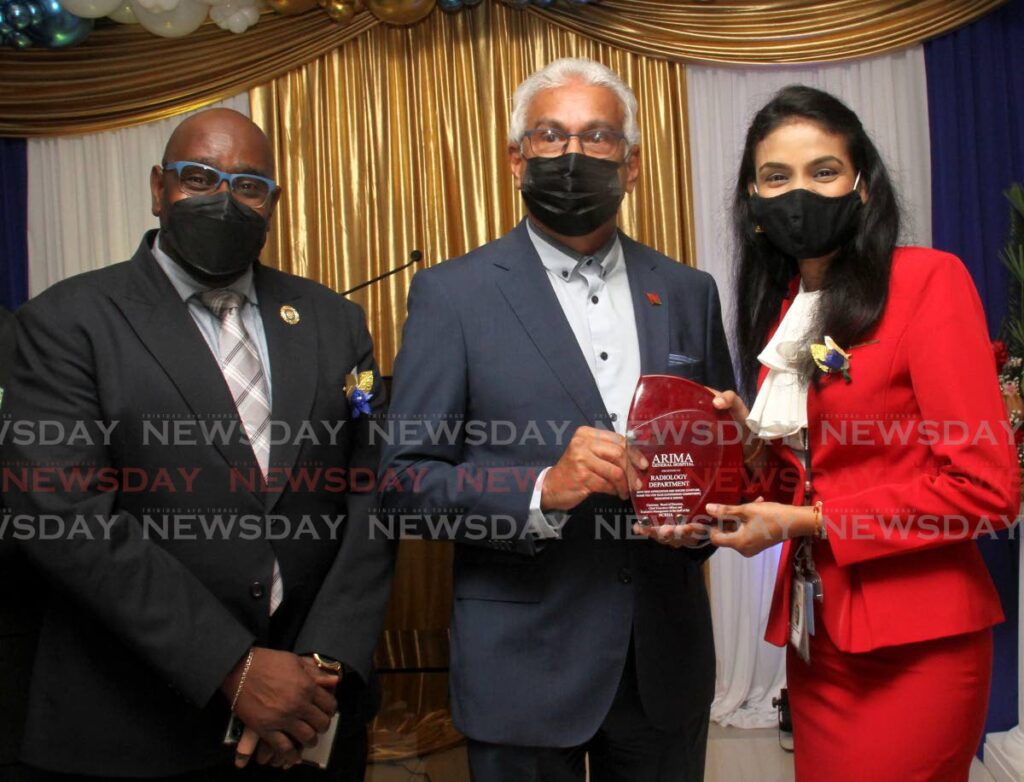 HEALTH Minister Terrence Deyalsingh has rejected advice from a group of nine doctors who, among other things, recently issued a joint letter, questioning the need for covid19 vaccines for children aged 5-11 and the real effectiveness of these injections for minors.

Doctors have also alleged a lack of pre-deployment consultation in what they see as a government decision to mandate such vaccines for this age group.

Expressing deep concern over the administration of covid vaccines to low-risk children, doctors said such a practice was not supported by satisfactory evidence of an acceptable risk-benefit ratio; ignored the principles of medical ethics, “first do no harm” and ignored the principle of informed consent.

“We are concerned about the lack of dialogue and interest in this issue within the medical profession, which is expected and trusted by the public, to safeguard its interests,” the doctors said in their letter.

They claimed that any requirement for vaccines would deepen the unjustifiable atmosphere of fear that pervades the lives of some children, parents and teachers in this current low-risk time.

“We call for an urgent, respectful, highly public and, above all, evidence-based debate within the medical profession regarding the benefits and risks of vaccinating low-risk children.”

Speaking at the recommissioning ceremony at Arima Hospital on Sunday, which is set to become a hybrid facility offering both traditional and covid19 healthcare, Deyalsingh denied that the covid19 pediatric vaccine was compulsory.

Deyalsingh said informed consent must be provided by an individual parent through a signed consent form. He said this claim by the group of nine doctors was “a total delusion”.

He said it is up to parents to decide whether to have their children vaccinated. Claiming that only 1,000 children had been vaccinated, in a week and a half, he saw it as proof that parents were making their choices.

Asked if he would engage with the medical profession, given the doctors’ letter calling for discussions, Deyalsingh replied: “We have already engaged the TT Medical Association and the Paediatrics Society who have endorsed the vaccine. So I don’t know what other commitment we need to have.”

When asked if young children needed such vaccines, given that they probably have naturally strong immune systems, Deyalsingh said: “We conferred with Dr Viren Singh from the Pediatric Society who totally approved the vaccine. So I don’t know where else we have to go with this.”

When asked if he saw any dangers in the pediatric vaccine, Deyalsingh said ten million children in the United States have been vaccinated, with no adverse effects. “PAHO signed, WHO signed. Again, red herrings all around.”

In his address at the commissioning ceremony, Deyalsingh said he was happy to once again see families picnicking in the Queen’s Park savannah and groups of young people playing games.

Recalling that a representative from each of Arima Hospital’s 31 departments/units had just received a plaque in appreciation for their role in the pandemic, Deyalsingh said it had been a team effort. “Did you hear the ‘security’ round of applause you got? Without a team, you couldn’t mount this fightback.”

He boasted of the hospital’s work such as 1,839 adult admissions and 107 pediatric admissions; 4,479 dialysis sessions; plus the radiology unit performing 2,977 CT scans, 925 ultrasounds, 370 MRIs and 4,956 X-rays. He said similar work has been done at Point Fortin, Augustus Long (Pointe-à-Pierre), Couva and Caura hospitals. Deyalsingh called for applause for the staff providing these services. Otherwise, Deyalsingh said the pandemic had exposed co-morbidities in the population such as hypertension and diabetes, as he urged people to join his ministry’s “TT Moves” campaign.

Planning Minister Pennelope Beckles also spoke at the event, praising the service provided by hospital staff. North Central Regional Health Authority CEO Davlin Thomas praised staff at Arima Hospital for fighting covid19 with “the determination and tenacity” similar to that shown by historic Native American leader Hyarima against the foreign invasion. He said, “You are all heroes.

‘Meta’ does not mean what you think it does