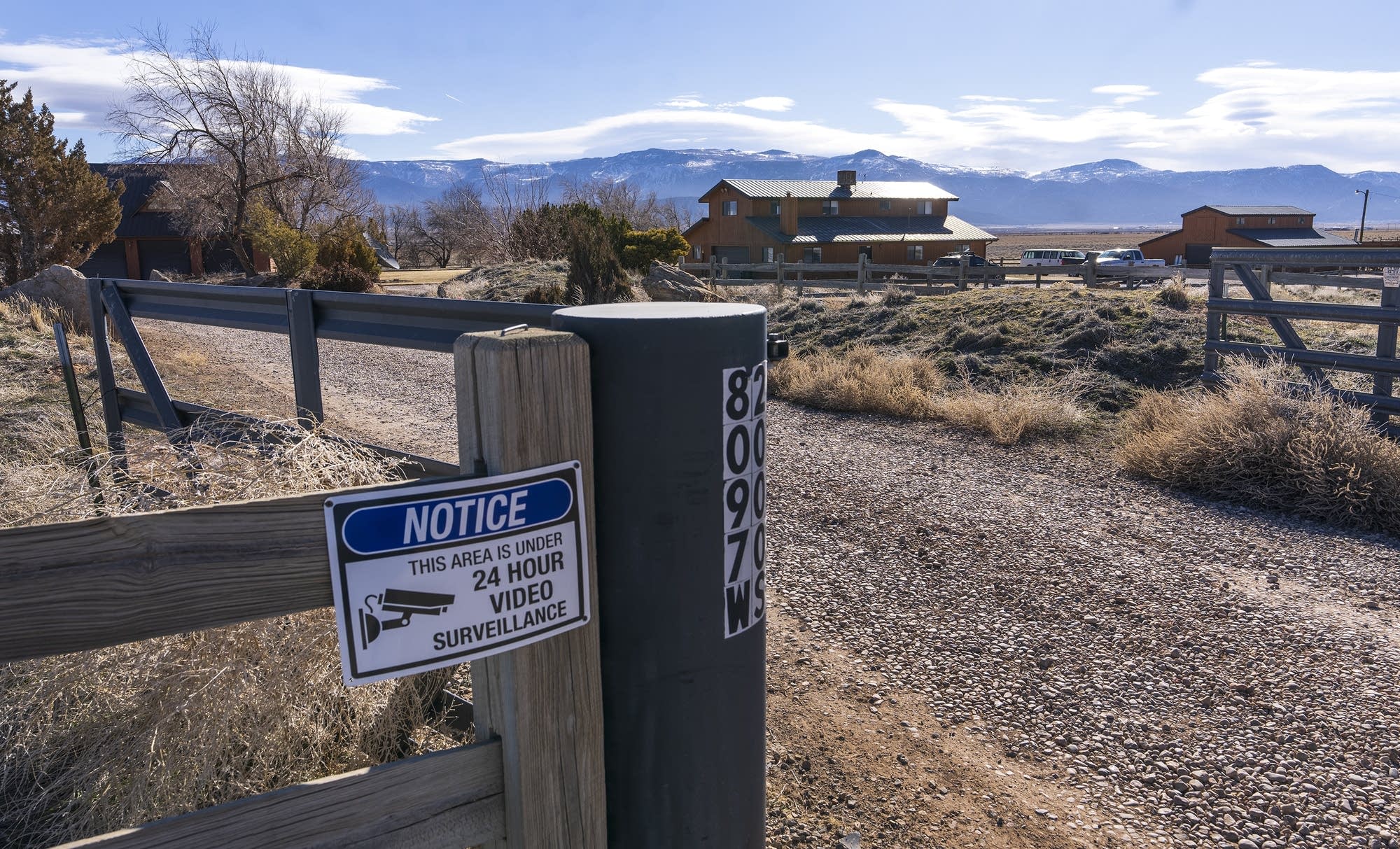 Discreet discipline: Here’s why Utah will soon make it easier to find a teen treatment program’s history of violations

EPISODE 5
Under new management
Even after the police raid on Integrity House, the state still won’t shut it down. A new owner agrees to transform the place. But when his staff are caught practicing a bizarre form of “disciple therapy,” the state gives him a pass again.

Kelby Raynor had been sitting in the Havenwood Academy classroom for hours, her clothes still wet and her body starting to itch.

She remembers looking down, staring at the sweatpants she was wearing. They were supposed to be light gray, but the dirty water had seeped through the fabric and the pants looked almost black.

Two hours earlier, she had been forced to sit in a horse trough as a disciplinary measure during an equine therapy session. She said two girls got in trouble for doing something – six years later, she can’t remember exactly what – and blamed her.

“I stood there screaming for about 10 minutes,” she recalled. “I was like, ‘I’m not going into this hollow!’ and they’re like, ‘Well then, you’re not leaving [the corral.]'”

So Raynor climbed into the large plastic tub and sat down, the cold water hitting the middle of his stomach.

Raynor said she sat in dirty water for at least 30 minutes before horse manager LoraLynn Jones let her out. Then she went to class.

Raynor’s parents had sent her away to Havenwood Academy in Cedar City a month earlier, in July 2016, because she had been drinking alcohol and was suicidal. She was 13 years old.

She said in a recent interview that Jones told the girls on their first day of equine therapy that if they broke the rules, they would be forced into a horse trough. It scared him.

It hadn’t just happened to Raynor. Administrators of the teenage treatment facility would later tell state regulators that asking the girls to sit in horse troughs was a form of “therapeutic discipline”. Havenwood’s equine manager had been using the waterer for at least three years, they told regulators.

The practice stopped in 2018, two years after Raynor hit the bottom. Police were called that year in response to a report of an assault. Deputies found a girl in the water trough with her hands tied together. The discovery led to investigations by law enforcement, child protection workers and the Utah Licensing Bureau, the regulatory body that oversees youth treatment centers.

At the end of these investigations, Havenwood Academy received no sanctions. Their license remains in good standing and no staff members have faced criminal charges. Jones, the equine director who pioneered the use of horse waterers in the Havenwood program, stayed on for two more years.

The incident was handled discreetly, and alone last year became public after the Sent Away team released a records database that included all documented violation reports at Utah youth treatment centers.

Recently obtained internal communications show that Jones resigned from his position with the program in March 2021 after Havenwood administrators learned that the incident involving the girl being tied up and put in the horse trough would soon be public. Administrators emailed parents a month earlier telling them about the incident and saying they knew it would likely end up in the paper.

“We are proud of our staff,” wrote director Ken Huey. “We all learned from this incident. We remain committed to doing a great job moving forward.

The email did not mention that Havenwood had used a horse waterer as a disciplinary measure for years or that the state was forcing them to stop using it.

But it was a new level of transparency. Previously in Utah, records like those describing Havenwood’s use of horse waterers were not readily available. The information was not available online, as is the case in some other states.

If a parent wanted to know more about a school before sending their child there, they had to file an official request for a file. And public records show that regulators have primarily received registration requests from journalists, not parents.

the public database that the Sent Away team created last year was made possible after The Salt Lake Grandstand paid for the publication of thousands of pages of redacted documents. The news agency was able to foot the bill after receiving more than $10,000 in donations from more than 100 people through a crowdfunding campaign.

This was the first time that many of these documents were readily available to the public. But that will soon change.

The Licensing Bureau recently confirmed that it plans to post information about violations and disciplinary actions online, which can be accessed by searching for an establishment’s license on its website.

“As requests for documents increase, we are looking for easier and less expensive ways to provide information,” said Mike McDonald, director of the Licensing Office.

“We Should Do This”

It’s one of many changes that have come in response to intense scrutiny of the adolescent treatment industry in Utah.

The new law placed limits on the use of restraints, drugs and isolation rooms in youth treatment programs. It required facilities to document any instances in which staff used physical restraints and seclusion, and it required them to submit reports to state licensors. It also increased the required number of inspections that state regulators must perform.

McKell said last year he wanted the government to publish more regularly the type of records the Sent Away team has posted to their database.

“I think building this database has been extremely powerful,” McKell said last April. “The fact that The Tribune has to do it instead of the Legislative Assembly, that is problematic. We should do that.

But the change in the Office of Licensing did not come from legislative action. McDonald said a merger of two government entities gave them access to new database options with public functionality, which will now allow them to provide more information to the public.

McKell applauded the effort, saying he’s received several emails over the past year from parents asking him for help determining if a treatment center would be safe for their child. It is fortunate that these parents can now obtain more information from the agency responsible for regulating these facilities.

“It’s something I struggle with,” he said, “I keep getting emails from people expressing concerns about the facilities. And certainly it shouldn’t be the state senator who introduced the reform bill providing the history of violations.

Returned is an investigative podcast from APM Reports, KUER and The Salt Lake Grandstand. The report is funded in part by Arnold Ventures, the Corporation for Public Broadcasting and the Hollyhock Foundation. See more collaborative reports.

Don’t miss our next survey

Enter your email below to receive notifications of new stories.