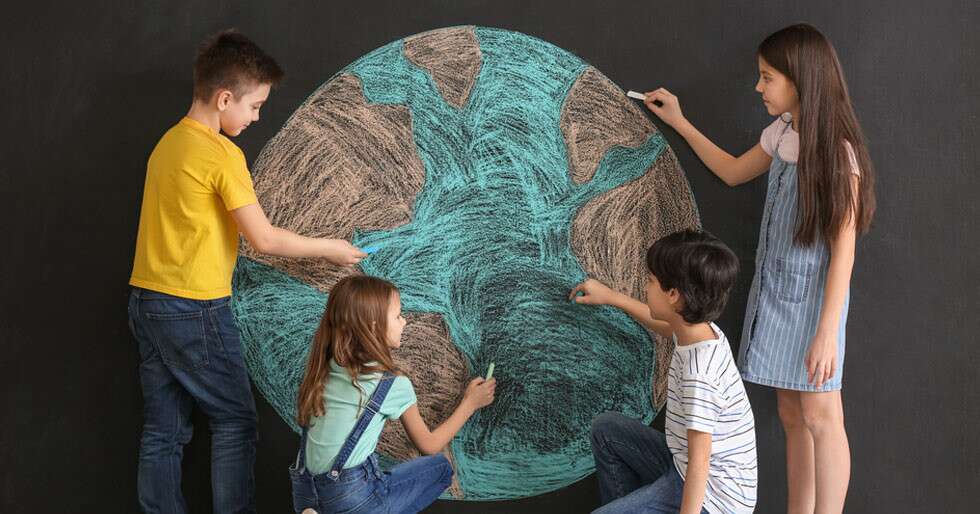 Climate change is real and the negative impacts on our planet are increasingly visible. Countries and businesses around the world have recognized the urgency of climate action and are stepping up their sustainability efforts to find solutions. However, the impact of deteriorating environmental conditions around us extends beyond the physical – it has given rise to ‘eco-anxiety’, which disproportionately affects children and the younger population.

“The American Psychological Association (APA) defines eco-anxiety as a source of stress resulting from watching the slow and seemingly irrevocable effects of climate change unfold and worrying about the future for oneself, children and future generations. Simply put, eco-anxiety refers to the despair and sense of loss that results from witnessing the impact of climate change and worrying about the future” , says Rushda Majeed, India representative, Bernard van Leer Foundation, who believes that people of all ages have easy access to smartphones now, news on climate change is abundantly available. “There is a flip side to that. – as children become aware of the problem, eco-anxiety also increases at a faster rate,” she adds.

A recent study published in the medical journal The Lancet suggests that climate change is leading to increased anxiety, despair, worry and fear in children. The same finding that at least half of children and young people surveyed responded with one or more feelings about climate change. These feelings ranged from sadness and guilt to anger and helplessness.

“Parents are also increasingly faced with questions and concerns about climate change issues from children, such as fear of running out of water or the possibility of entire towns drowning in the future. Given this disturbing trend, it is essential that parents and other stakeholders in a child’s life take steps to combat eco-anxiety in children.Constant stress on young minds can lead to behavioral issues as well as health issues later on – both mental and physical,” says Rushda

Parents and teachers are the most influential people in a child’s life. Experts say engaging in home and school dialogues about climate change is key to helping children, especially younger ones, cope with eco-anxiety. Here are some other ways that can be effective:

• Encourage children to talk about their feelings through open communication. Create an environment where a young person is not afraid or hesitant to communicate, but rather comfortable and safe to discuss their feelings.

• Educate them about climate change without causing stress. Knowing that steps can be taken to fix the problem can help ease their concerns.

• Also share good news about the environment, letting people know that all is not bleak. Highlight individuals and organizations that are taking climate action and raising awareness about reducing everyone’s carbon footprint.

• Discuss how children can get involved in actions to fight pollution and mitigate the consequences of climate change. Even the simple act of planting trees can be beneficial, and it’s something the whole family can participate in.

• Young children may believe they are powerless and cannot contribute enough to climate action. Parents and other caregivers can help them make small daily efforts to encourage action. This not only gives young people optimism about their commitment to the cause, but it also gives them a sense of purpose.

If the child is still unable to cope with eco-anxiety, seek expert help. The right counseling and therapy sessions can help them manage their stress.

Also Read: Eco-Parenting: Raising Kids Who Care for the Planet