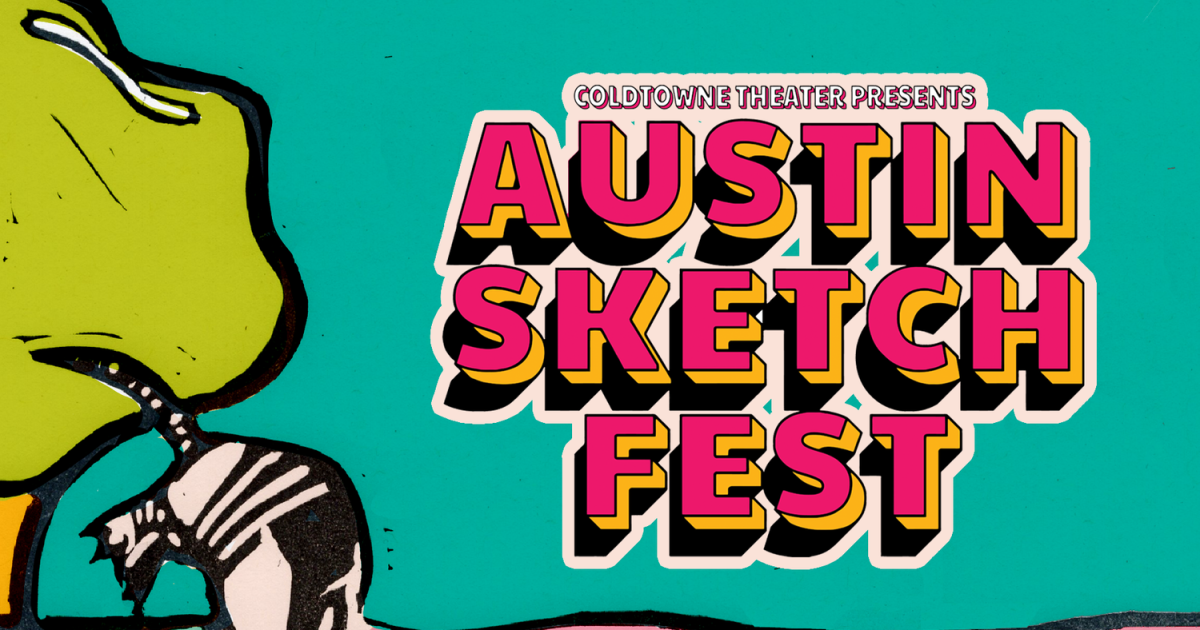 The last time Austin Sketch Fest hosted a real, in-person festival, happening in the real world, was in 2019. In the years since, they’ve persevered and kept the festival alive around the world. virtual, using Twitch streams to do their best and connect sketch comedians virtually. It was better than nothing, say the festival producers, but they are very happy to present the festival again in its classic, pre-pandemic form this year.

What are they looking forward to the most? “Oh, I mean being around people?” laughs producer Ivy Le. “See live performances, see live skits!”

“For us, Sketch Fest and [other] Sketch comedy festivals are a chance to connect with comedy happening in other parts of the country and see what’s new,” says Kyle Romero, artistic director of the Austin Sketch Fest. “What are people doing? What are the trends ? What do people do comedy about? I’m really excited about the kind of knowledge sharing happening at Austin Sketch Fest.

Romero says being in person facilitates both communication and comedy. “It’s really hard to do comedy on Zoom. We’ve all done Zoom comedy shows here, right?” he says to Le and show host Kim Trails’ agreement. And it’s hard because you rely so much on audience response, and you don’t get that [over Zoom]. You feel like a crazy person doing a Zoom show, because it’s just you talking into a camera and telling a joke – you know, something weird – and it’s just complete dead silence.

“In 2021, I did a drag show on Zoom for Sketch Fest,” says Trails. “And it was so weird, spending like three hours flirting…preparing my voice, and then I’m like, ‘Oh, I’m just sitting on a stool for thirty minutes. I could wear men’s pants. Why am I doing this?’ It was the most Buffalo Bill I’ve ever felt in my life.

“You know, we do a lot of really silly stuff as sketch comedians and drag performers and stand-ups,” Romero says. “And so when you’re doing it in the isolation of your own home, completely devoid of context — you know, you’re just sitting there, holding a rubber chicken or whatever and you’re like, ‘What the hell? I do? I went to college for not that. I’m smart. I could have been a lawyer.

Romero says that while there are plenty of comedy festivals in town, Sketch Fest is unique because, as its name suggests, it focuses exclusively on sketch comedy. “You know, there’s tons of good comedy in Austin — we all know that,” he says. “There’s a lot of great stand-up, there’s a lot of great improv going on. You know, kudos to fellow comedy festivals Out of Bounds and Moontower. They’re all fantastic and we’re big fans of them. But… we’re the only ones doing comedy sketches. So we’re really excited to bring some of these artists who normally don’t get a place at some of these big festivals because [those fests] are more improv-oriented or they are more stand-up-oriented. So yeah, we’re excited to show that to the public and get a little weird with it and meet a bunch of comedians who are doing cutting edge stuff all over the country, and bring that to the public in Austin and their show what sketch comedy is all about.”

The three nights of the festival will feature a mix of artists from across the country and here in Austin, including headliners Mo Collins and Girl God. Each night will be hosted by a local comedian, including, for the third night, drag queen Kim Trails. “I’m going to perform…with Yesandra Larond, who’s my drag sister,” Trails says. “If you’re in the improv world, you know it’s a pun, but I won’t tell you what it is if you’re not.”

Le says that when Sketch Fest announced it would be taking place in person this year, the response from comedians was higher than ever. “We got so many submissions,” she says. “Really different styles…people from Chicago, obviously we had a lot of submissions from LA and New York. But all these artists from all over the country…are really excited because you know what? Austin is truly considered something of a comedy mecca in North America.

The Austin Sketch Fest runs from September 29 to October 1 at the Austin Scottish Rite Theatre.