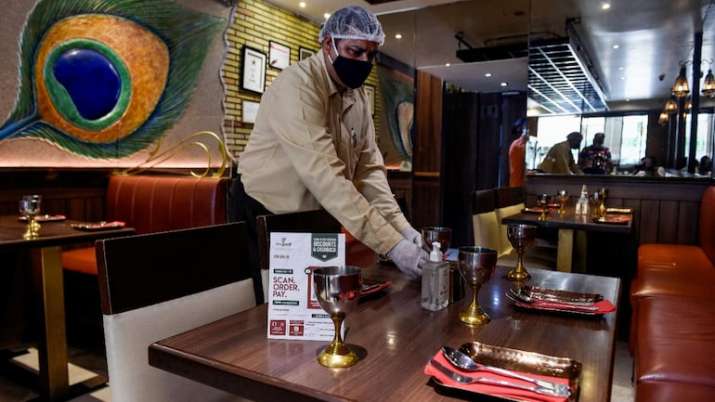 Service charge issue: A national food industry body and several restaurant owners have said the government’s decision to propose a legal framework to prevent restaurants from collecting service charges is “unfortunate” and will “harm the interests” of consumers. ordinary employees who render services to customers. National Restaurant Association of India (NRAI) Chairman Kabir Suri also said there was no legal rule on the matter yet, “we are waiting and watching”. Food and Consumer Affairs Minister Piyush Goyal said on Friday that restaurants cannot add ‘service charges’ to food bills, although customers can, at their discretion, ‘tip’ separately. .

Consumer Secretary Rohit Kumar Singh said on Thursday that the government would soon introduce a legal framework to prevent restaurants from collecting service charges from customers as the practice is “unfair”. “I am a consumer myself and the service charge is for staff who render services to customers. It is distributed among all the servers in a restaurant, who receive it in addition to their salary. We restaurateurs can add than in the selling price and mark it up and charge it to a consumer, but the service staff won’t get anything,” Suri said.

The government’s decision will only be a “loss” for these ordinary employees, because the additional amount, if added to the sale price, will also be taken into account when charging rental commissions by owners and by aggregators contracted for food delivery, he said. Suri, who is also a partner in a business that owns the Dhaba restaurant in Delhi, said other restaurateurs felt the same way.

Owners of several restaurants in Delhi also said the move ‘does not bode well’ for the industry, but said there was ‘nothing definitive’ at this time on the matter of fees. service, and more, it is “not illegal” to collect it. The owner of the Raasta restaurant in Green Park asked if there was something illegal in charging for it. After a meeting with representatives of restaurant associations as well as consumers, Consumer Affairs Secretary Singh said that although the associations claim the practice is legal, the Department of Consumer Affairs is of the opinion that it violates consumer rights and is an “unfair commercial practice”. The meeting was attended by representatives from NRAI, Federation of Hotel and Restaurant Association of India (FHRAI) and consumer organizations including Mumbai Grahak Panchayat and Pushpa Girimaji.

A legal framework will be legally binding on them to put an end to this practice. Usually, consumers confuse service charge and service tax and end up paying, he noted. During the meeting, representatives from the NRAI and FHRAI said charging service fees was not illegal. The NRAI, in a statement, also said a restaurant’s collection of service charges is a “matter of individual policy” in deciding whether or not it should be charged. “There is no illegality in levying such a charge. Information regarding the amount of the service charge is clearly mentioned or displayed by restaurants on their menu cards and otherwise also displayed on the premises, so that clients be well aware of these fees before availing the services,” it said.

Once a customer has been informed of such a charge in advance and then decides to place the order, it becomes an agreement between the parties and “is not an unfair trade practice”, the NRAI claimed. . “The levying of service charges is beneficial to the workers as a class who are employed in the establishments. Any action to the contrary would be detrimental to the interests of the workers – and against the pro-worker stance of the government,” he added. . NRAI, founded in 1982, represents the interests of more than 5 lakh restaurants, an industry valued at Rs 4,23,865 crore, according to the release.

What is the ‘Dead Suspect Loophole’ and how will it affect what we know about Uvalde?

‘It was like a dream’: Kiwi Anna Marsh’s rise to the top of a giant French film company