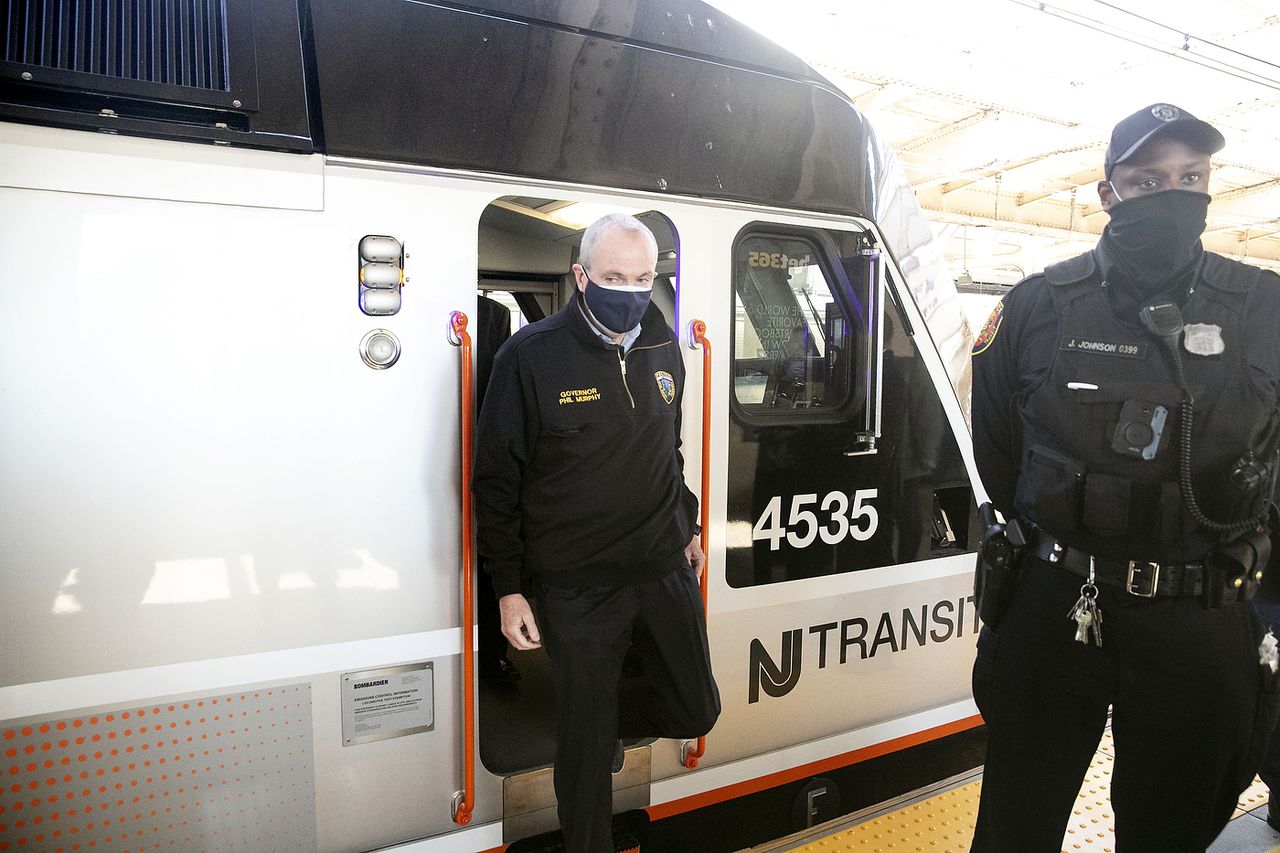 For the first time since signing legislation reforming NJ Transit and expanding its board of directors to 13 members, Governor Phil Murphy has finally nominated and appointed enough people to fill it.

Murphy directly named two members, Rashonda Brown and Karen Thomas, on Thursday and named three others: Carlos A. Medina, Kiabi Carson and Evan Weiss. However, incumbent board member James P. Adams is being replaced by Medina as his term ended at the end of 2020, the governor’s spokesperson said.

Brown is a train conductor and would represent rail unions, replacing Dave Rasmussen, who quit after being charged last year with conspiracy to commit insurance fraud.

It is the first move to fill the board since May 2020, when Murphy withdrew two candidates to represent commuters without explanation. All three nominees now appear before the state Senate Judiciary Committee for a hearing and a vote.

“I look forward to the fact that we will finally have a fully-filled NJ Transit Board,” said retired state senator Loretta Weinberg, author of the NJ Transit Reform Act. “I am deeply sorry that the governor saw fit to replace James Adams, who was a committed commissioner and seems to clearly understand the role the legislature has defined for the NJ Transit board. He will be greatly missed. »

Adams voted no twice on NJ Transit’s budget after asking if the board’s administration committee had had the opportunity to discuss the budget as required by the reform law. Adams was a member of that committee and was nominated by Murphy and approved by the state senate in January 2020.

Expanding the board to 13 members was a provision of the NJ Transit Reform Act Murphy signed in December 2018. It provides more seats for commuters, in addition to transit experts.

Two nominees identified themselves as runners, Carson as a customer “since the 90s” and Weiss as a lifelong bus and train driver. A spokesman for the governor declined to say which railroad or bus route each candidate takes.

“I am pleased that the Governor has finally managed to fill these vacancies, and especially pleased that he has found two who use the system, Kiabi Carson and Evan Weiss, who can experience the system from a driver’s perspective. frequent,” said Joe Versaggi, president. from NJ Association of Railroad Passengers.

“Now if only they filled the position of customer advocate with someone who is free to be brutally honest with management, and also meet with advocacy groups for their real input, which they shut down a long time ago. a few years after decades of such meetings,” Versaggi said.

Who are the candidates for the board of directors?

Carlos A. Medina, is President and Chief Executive Officer of NJ State Hispanic Chamber of Commerce. He is also president and majority owner of Robinson Aerial Surveys, Inc. He also serves on the boards of Horizon Blue Cross Blue Shield of New Jersey and the New Jersey Chamber of Commerce. A lawyer, Medina earned her degrees from Rutgers University.

“Having worked in the transportation industry for over 25 years, I am more than honored to be considered for this fine advice,” Medina said in a statement. “Transportation is critical to driving the state’s economy forward, and I hope my engagement with the diverse business community will add a unique perspective and value to the organization.”

Medina did not say if he was an NJ Transit passenger.

Kiabi Carson, who would represent rail commuters, leads human resources for the North American region at Turner & Townsend, a global professional services firm specializing in large-scale construction projects. She has 20 years of experience in human resources leadership roles at Bristol Myers-Squibb and Prudential Financial. Carson received his bachelor’s degree from the University of Maryland and his master’s degree from Rutgers University.

“As a customer of the NJ Transit rail system since the 1990s, my goal is to bring the passenger experience into the board conversation about how best to achieve the mission of providing safe, reliable public transportation. and affordable,” she said in a statement.

Evan Weiss, who would represent bus commuters, is the president and CEO of the Newark Alliancea non-profit organization dedicated to the continued economic revitalization of Newark.

Prior to that, Weiss served in the Murphy Administration as the Governor’s Senior Finance and Major Projects Advisor, where he advised Murphy on New Jersey on issues such as managing the budget response to COVID-19. , the financing of public transport and hydraulic infrastructure projects. His transportation credentials include leading the “State Financial Review of the Gateway Project” to build two new rail tunnels under the Hudson River and other related projects. Weiss earned her bachelor’s degree from the University of Chicago.

“As a lifelong bus and train rider, I am honored to be named to the New Jersey Transit Board of Directors,” Weiss said in a statement. “I understand the gravity of this work, especially for cities in New Jersey, where safe and reliable transportation service is fundamental to creating economic opportunity for all.”

Who are the direct nominees?

Brown worked as a conductor for NJ Transit for 15 years and previously served as chief of staff for United Transportation Union. Brown is also co-founder and president of Brickmobb Steelers Charities.

Karen Thomas is a Purchasing Manager at NJ Transit and has worked for the agency for over 33 years. She is president of the Somerset County Commission on the Status of Women and is a director of CASA Shaw – court-appointed special advocate for Somerset and Hunterdon counties. She attended Rutgers University, completed certificate programs at Union County Vocational & Technical in Electrical Technology and New Brunswick Theology Seminary in Theology Studies.

Our journalism needs your support. Please subscribe today to NJ.com.

Larry Higgs can be reached at [email protected].

Do you know what a weather radio is? Experts explain why you need it for Texas tornadoes