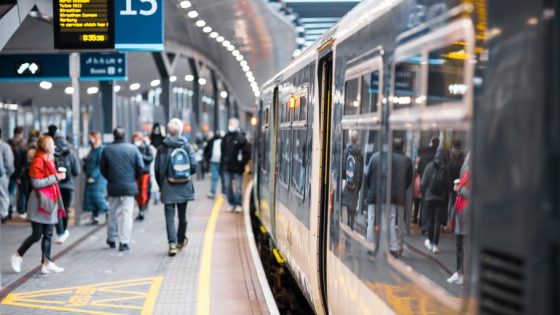 Great British Railways situation amid speculation it could be canceled

With rumors circulating that Great British Railways (GBR) is set to be dropped, NCE examines what exactly the new organization entails and what has happened so far in its development.

Insiders said this week the I newspaper that the project and its proposed changes could be scrapped, while the Railway Industry Association (RIA) has sent an open letter to new transport secretary Anne-Marie Trevelyan, stressing that “the current ambiguity risks causing a disruption of railway works”.

The letter adds: “While the RIA and its members recognize that we have a new Transport Secretary and a new Railways Minister and they will need time to adjust to their new roles, the rail industry really needs confirmation now of when and how the new government intends to establish GBR.

The decision to establish GBR was a key result of the William-Shapps Plan for Railreleased in May 2021, with the aim of ending fragmentation and integrating the country’s railways.

Network Rail will be absorbed by the new organisation, which will own the infrastructure, collect fares revenue, run the trains, plan the network and set most fares and timetables. The reform package aims to ensure that Britain’s railways become more customer-focused and financially sustainable.

Since GBR’s announcement, the Great British Railways Transition Team (GBRTT) – which is responsible for creating the new organization – has been working behind the scenes to get things done.

Work is underway on its long-term plan – the strategic plan for the whole industry – and the Department for Transport (DfT) has opened a consultation to start the process of drafting legislation to reform UK rail services and infrastructure under the new public body in June. It closed on August 4.

At the end of June, Network Rail chief executive Andrew Haines also revealed that the GBR could enter service in early 2024 following its inclusion in the Queen’s Speech at the opening of Parliament in May.

Haines said the Queen’s Speech as well as the publication of the consultation paper on the legislation were important milestones for the GBR. He added that this process meant key appointments and organizational structure would likely be announced this fall.

“These milestones [the Queen’s Speech and consultation] put us on course for a bill before Parliament at the end of October this year which would give us royal ascension around the same time next year,” he said. “That would yield mobilization by the end of the first quarter of 2024.”

According to Haines, the structure must be determined and completed 18 months before the launch date of GBR.

“We will populate this organization in 18 months to be fully mobilized by 2024,” he said.

“We haven’t made that timeline public before because until you have confidence in the legislative framework, the mobilization date could be two, three or four years from now.”

It’s unclear if that deadline remains, given concerns from project insiders.

This summer also saw public voting for the location of GBR’s headquarters. The six shortlisted locations – Birmingham, Crewe, Derby, Doncaster, Newcastle and York – were chosen from bids by 42 local authorities after former Transport Secretary Grant Shapps announced the competition to find a location for the headquarters of the GBR outside London. The selection process is managed by GBRTT, on behalf of the DfT, and the winning location is due to be announced later this year.

The result of the public vote will be used to gauge the level of support for each location and will be part of the final decision-making process. Other factors considered are alignment with ‘upgrading’ objectives, connectivity, opportunities for GBR, railway heritage and links to the network and value for money.

Uncertainty over GBR’s future comes after GBRTT Principal and Network Rail Chief of Staff Anit Chandarana said NCE that implementing change while ensuring the railway continues to operate has been an important focus so far.

“We are reaching the industry in a new way that has never been done before; the scale of this change is perhaps our biggest challenge,” Chandarana said. “Given the magnitude of our task, I am very attentive to the risk of distraction. We must achieve change while ensuring that the operational railway continues to operate, safely and efficiently during the transition. »

Do you like what you read? To receive daily and weekly New Civil Engineer newsletters, click here.