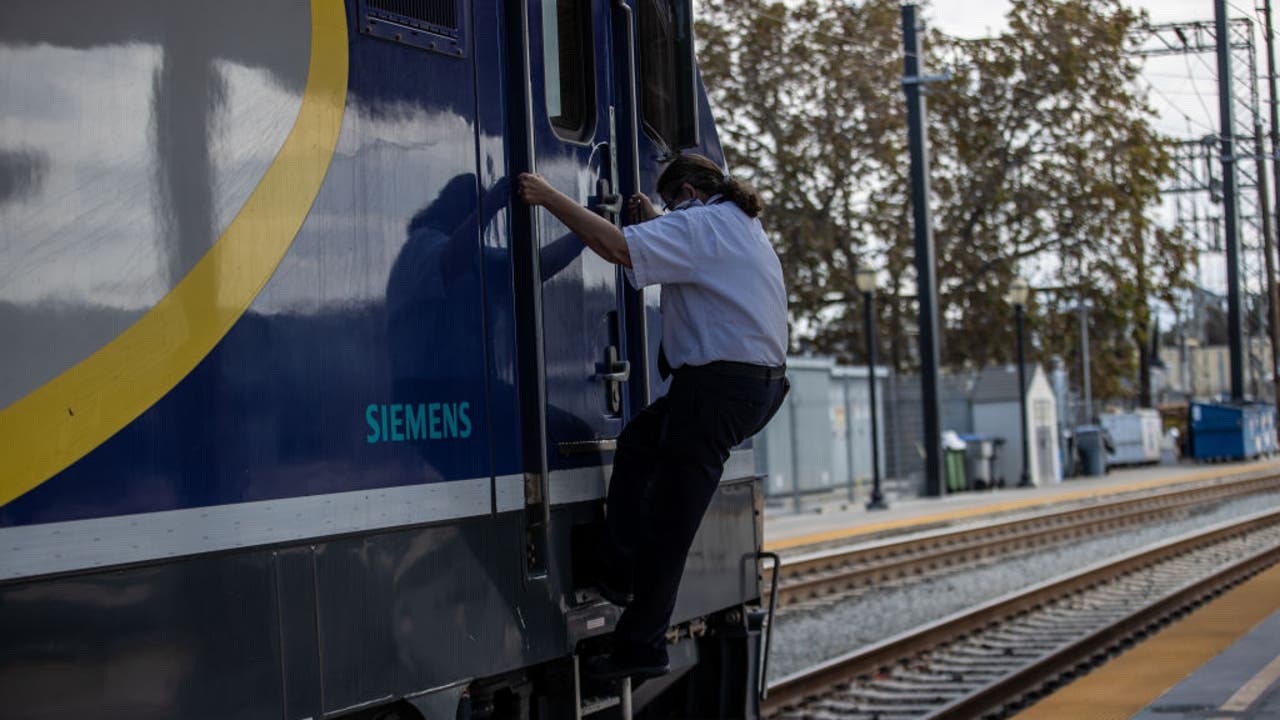 Commuters, food producers, refineries and others could all be affected in the event of a national railway strike at the end of this week.

Members of one union rejected a tentative agreement their leaders had negotiated with the biggest freight railways, and three other unions remained at the bargaining table on Wednesday. Two other railway unions have ratified agreements.

The Biden administration was put pressure on the railways and the unions to settle their differences and avoid a strike. In case that didn’t work out, the administration was also working on a plan to use trucks and planes to move goods that are normally carried by freight railroads.

Business groups told Congress to step in and block a strike.

Here are the key things to know before a possible strike this Friday.

How did the negotiations come to this?

The country’s largest freight railways began negotiating with a dozen different unions representing around 115,000 workers at the end of 2019, but talks have been slowed by the pandemic, which has limited face-to-face meetings.

Government mediators tried to broker deals, but it didn’t work. President Joe Biden then appointed an emergency presidential council, which held hearings and made recommendations last month that included 24% pay raises and thousands of dollars in bonuses.

Many unions have reached tentative agreements with the railways, but two major unions representing engineers and conductors held out for better terms on working conditions. Workers represented by the machinists’ union rejected a deal brokered by their leaders, although the union agreed to postpone any strike action until September 29. Two other unions – the Transportation Communications Union and the Brotherhood of Railway Carmen – voted on Wednesday to ratify their contracts.

When can workers strike?

Under federal law, unions cannot legally strike until after Friday morning, just after midnight. That’s when a 30-day cooling-off period ends, under a law called the Railway Labor Act, which governs contract negotiations in the rail and airline industries.

Can a strike be blocked?

Congress could step in and block a strike or lockout, as it has done in previous national rail disputes, but it’s unclear whether that would happen this time.

Lawmakers are divided on a resolution of the dispute. Republicans want to impose the terms of the emergency presidential council, while Democrats prefer to let railroad negotiators and the two big unions keep talking.

What are the big issues?

Railway workers have remained at work throughout the pandemic but have not received a raise since 2019.

Unions have demanded 31% increases over the five-year term of the new contracts, while the railways have offered 17% ahead of emergency board recommendations. The largest railroads approved the board’s interim proposals, and most unions reached tentative agreements based on those details.

However, the Brotherhood of Locomotive Engineers and Trainmen and the Transport Division of the International Association of Sheet Metal, Air, Rail and Transport Workers, which represents conductors, resisted in the hope for better conditions, including provisions on working conditions.

The major railways have cut almost a third of their jobs in the past six years, and unions say it is making their members’ jobs harder. They want the railroads to relax strict attendance policies that make it difficult to miss time for things like doctor’s appointments.

How would a railway strike affect the country?

Railroads such as Union Pacific, BNSF, CSX and Norfolk Southern transport cars, coal, chemicals, grain, imported goods and other products and raw materials throughout the country. A shutdown – even a brief one – would delay critical shipments and impact the economy.

The Association of American Railroads trade group believes that a strike costs the economy $2 billion a day. According to the Business Roundtable, a strike would be an “economic disaster”.

Will this have an impact on the fuel supply?

About 300,000 barrels of crude oil are shipped by rail each day, and refineries may have to slow production if deliveries are delayed, according to U.S. fuel and petrochemical makers. Analysts warn that there could be shortages of petrol and diesel in some places like the northeast.

Most new vehicles are shipped from the factory or the dock by rail, and analysts say there isn’t enough truck capacity to handle all those vehicles in the event of a strike. That would mean even longer wait times for dealers and motorists to get their hands on new cars.

A strike could also interfere with production as automakers receive some parts and raw materials by rail.

Will some store shelves be bare?

The railways have announced plans to stop shipping refrigerated items before the strike deadline, so there could be disruptions to deliveries of produce, meat and other items.

Food producers could also be affected, leading to longer lasting effects. Farm groups say even a brief strike would halt the shipment of animal feed to livestock and poultry producers.

Will a strike affect passenger rail?

Yes. Amtrak announced that all long-distance trains have been canceled starting Thursday’s schedule. Passenger rail service had previously suspended the California Zephyr and Empire Builder lines that connect Chicago to the West Coast and announced plans to close several others.

Amtrak uses its own track in much of the Washington to Boston corridor, but almost everywhere else it relies on a freight track that could be closed during a strike, even though Amtrak and its workers are not involved in the negotiations.

Throughout the country, some local commuter rail lines also rely on tracks owned by major freight railways. Chicago-area commuter line Metra said that in the event of a strike, it would suspend operations on four of its 11 lines on Friday.

Could there be political fallout?

The White House is clearly concerned that any disruption to supply chains a few weeks before November’s midterm elections could anger consumers, who are already facing the highest inflation in 40 years. That could hurt Democrats, who are trying to protect the very thin control of the Senate and House.

Republicans will blame Democrats if there is a strike and Congress fails to stop it.

“This has been negotiated for three years. It’s time for this to end,” said Sen. Roger Wicker of Mississippi, the top Republican on the Commerce Committee.

Democrats, however, are reluctant to stand in the way of unions trying to get a better deal for their members, and they say Congress shouldn’t try to tip the scales in the negotiations.

White House press secretary Karine Jean-Pierre said the administration told the railroads and unions that American families, businesses and farms would suffer. She said a strike was “not acceptable”.

Josh Funk in Omaha, Nebraska, Lisa Mascaro and Kevin Freking in Washington, Tom Krisher in Detroit and Cathy Bussewitz in New York contributed to this report.

5 Priorities for a Modern IT Security Team