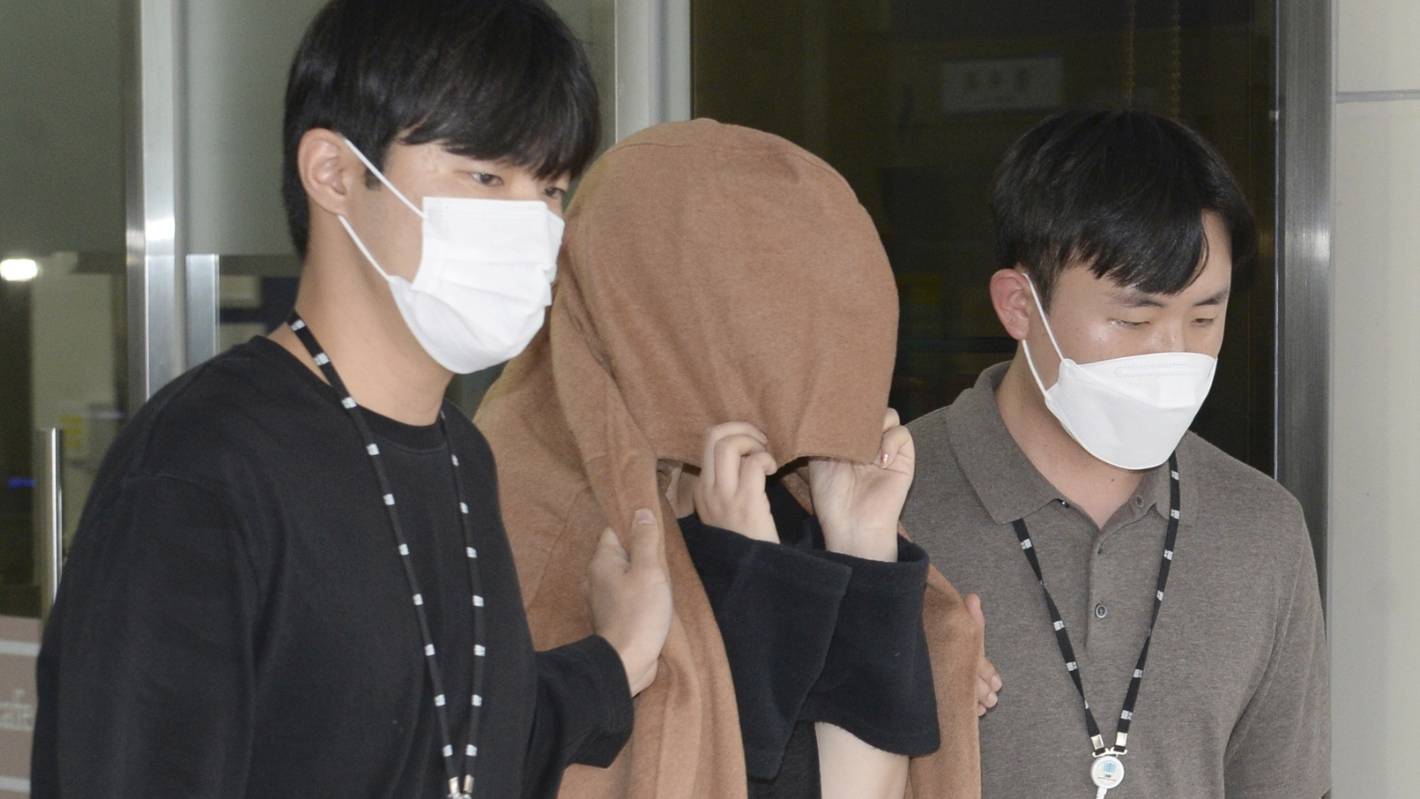 A woman arrested in South Korea for the deaths of two children whose bodies were found in suitcases denies responsibility for the murders.

She was located using her medical records and phone number, Korean media report.

South Korean police arrested the woman in connection with the remains of a girl and a boy, found on August 11 in Manurewa, South Auckland. She will face two murder charges.

The 42-year-old woman was arrested at 1 a.m. Korean time (4 a.m. NZ time) in Ulsan, a city on the southeast coast of South Korea, according to YTN, a news channel. Korean news continuously.

READ MORE:
* ‘Critical stage’: Police backed removal of names of children found dead in suitcases
* The two children are now identified after the discovery of bodies in suitcases
* Woman wanted for children whose bodies were found in suitcases believed to be in South Korea, potential mother

She was found “hidden in an apartment”, believed to belong to an acquaintance.

New Zealand Police did not confirm these details when asked about them.

When questioned by reporters on her way to Seoul, the woman denied the murder allegations, according to Korean news agency Yonhap.

“I didn’t,” the woman repeated over and over. She had covered her head with a cloak as she was taken away.

JoongAng Ilbo, one of South Korea’s major newspapers, said South Korean police tracked down the woman through her medical records and phone number.

They discovered her precise location on Wednesday and found her at the apartment shortly before 1 a.m. Thursday.

She “knew from the media that she was under investigation,” JoongAng Ilbo reported.

This included conducting an undercover investigation with CCTV around the location of the apartment in Ulsan, television network JTBC reported.

“We have worked closely with New Zealand’s Interpol and have consistently pursued and arrested [her]” Kang Ki-taek, Interpol’s director of international cooperation at the National Police Agency, told the network.

An extradition review would be conducted at the Seoul High Court, which would decide whether or not to extradite the woman to New Zealand.

After returning to South Korea, the woman lived in Seoul and elsewhere before moving to Ulsan earlier this year, where she was staying with an acquaintance, Yonhap news agency reported.

New Zealand has requested that the woman be extradited to Aotearoa to face the charges and remain in custody pending the extradition process, according to a statement released Thursday morning.

Police said they were continuing their investigations in New Zealand.

Things reported in August that the children’s father died in 2017, a year before the mother’s alleged arrival in South Korea. The children were aged 5 and 8 at the time of his death.

The names of the children and their identifying data have been removed at the request of the extended family and with the support of the police.

Police said the bodies of the two children were believed to have been in the suitcases for three to four years. They were placed in a storage unit at Safe Store Papatoetoe.

The contents of the unit were later purchased at a storage unit auction by an unwitting family and brought back to its Clendon Park address. It was then that the bodies were discovered.

The remains of two young children were in suitcases left in an Auckland storage unit for “a number of years”.

Diane Lee, co-chair of the Korea-NZ Cultural Association, said the alleged killings were “tragic” and “sad”.

The Korean community was waiting for news of the arrest, she said.

“People were waiting for the arrest of someone who made a terrible tragedy,” she said.

Eun Hee Kim, spokeswoman for the Korean Women’s Association of New Zealand, said she believed justice needed to be served, but the circumstances were about “pride in being Korean”.

“I would like to express my sincere condolences to the young victims who were born into the world and died without living properly,” she said.

Reverend Ji-Heon Jang of the Korean Presbyterian Church in Auckland said the skills and intelligence of the police in the Republic of Korea were “very strong”, so he expected the woman to be arrested quickly .

He said he was glad there was an arrest.

“I would like her to be repatriated to New Zealand if possible for a trial.”

The New Zealand Consulate in the Republic of Korea said the New Zealand police attaché at the consulate worked with the country’s authorities through Interpol during the investigation.

“The consulate has ensured that the investigation goes well while respecting the enforcement authority and media response of the New Zealand police, as the South Korean police do not have the authority to investigate this matter,” Consul General In-Taek Kim said.

“I am relieved to learn that the suspect has been arrested in Korea for the alleged murder of two children.”

“To have someone in overseas custody at such short notice is all due to the help of the Korean authorities and the coordination of our New Zealand Police Interpol staff.”

SaaS Security for Enterprise IT