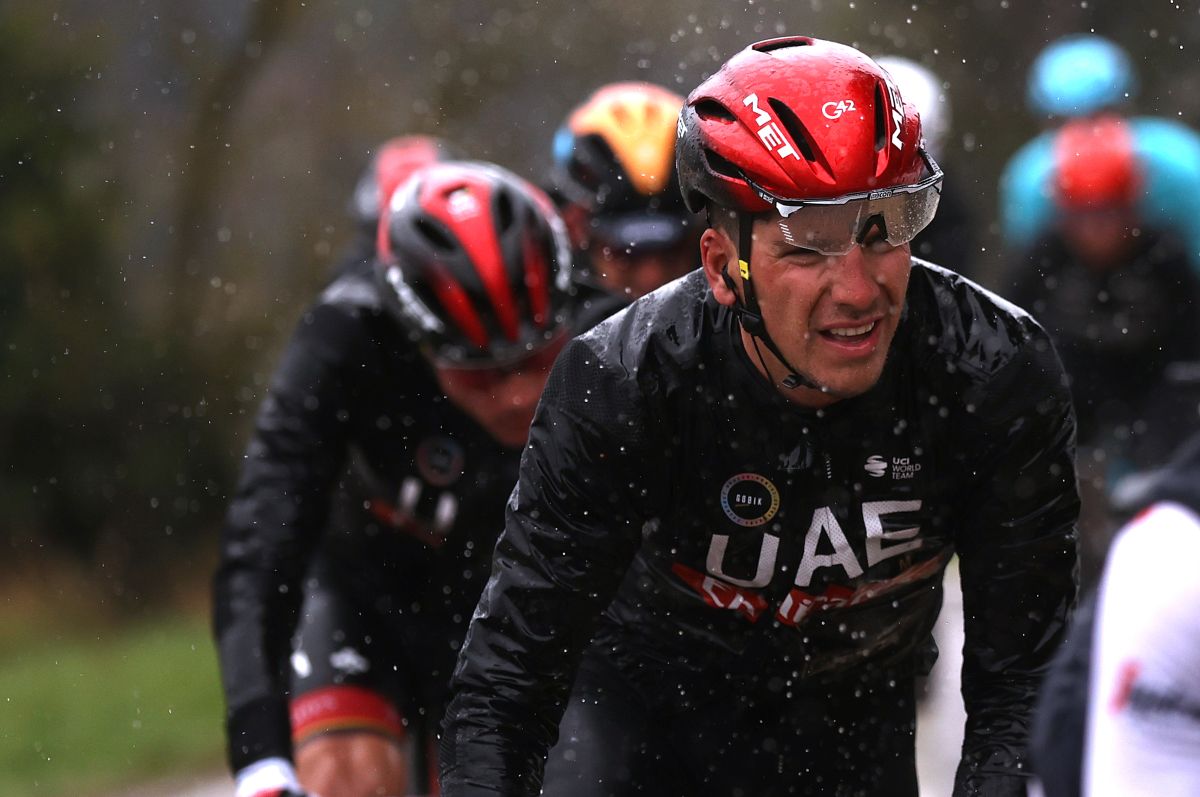 João Almeida has admitted he was responsible for losing his Volta a Catalunya lead in spectacular fashion to Bora-Hansgrohe’s Sergio Higuita.

The UAE-Team Emirates rider, who won in the Pyrenees on stage four and then took control of the race a day later, was unable to bring back an early and audacious attack from the eventual winner stage Richard Carapaz (Ineos Grenadiers) and Higuita.

It was only after 35 km of racing that the two South Americans made a bold move but they did not see each other again until the finish by the coast, Almeida having ceded the leadership of the race to Higuita and now 52 seconds behind the Colombian.

Towards the finish, Almeida’s teammate Juan Ayuso tackled and built a decent lead at one point before being recalled, with the pair eventually finishing together.

“It wasn’t perfect,” the 23-year-old lamented. weekly cycling after the step. “To be honest, it was my mistake.

“I started the first climb way too far back but that’s bike racing: we sometimes make mistakes, and it was a tough day out there. I think the whole peloton was worried today with these conditions, and in the end it was not the case.” too bad and tomorrow is another day.

“We expected it to be a difficult stage. It wouldn’t be easy, but the attack of the two, we didn’t expect that for sure.

“But as I said at the end, it was my mistake and Juan’s mistake: we started too far, but we are still very grateful to our teammates who worked so hard for us all day.”

In a day that highlighted the team’s past failures in race control, no team worked with the UAE until Uno-X did with 40km to go . “That’s normal,” Almeida reflected. “We have the leader’s jersey, we also have a good team, and if I were the other team, I would also do the same thing. It’s cycle racing.”

With less than half an hour to go, Ayuso – who was just 16 seconds behind teammate Almeida in the GC after picking up two bonus seconds in the intermediate sprints – attacked from the peloton.

A chasing group including Wout Poels and Nairo Quintana held off Ayuso about 20 seconds before the Spanish teenager appeared to have been asked to sit down.

At the end of the stage, Ayuso and Almeida discussed in English and Spanish what had happened for more than 10 minutes with the team’s general manager, Joxean Fernández Matxin.

Ayuso, 19, appeared to say he had communication issues, and Almeida said he gave the youngster his blessing to move on.

“I have a little too much [tyre] pressure, so I was slipping a bit in the corners,” he continued.

>>> How faster and harder races change the peloton: “We improve by 5% every year”

“So I told Ayuso to go solo because he had a good distance and in the end it worked because he was in the leading group with a few riders and then I was in another group, and they had to work too.

“There was the guy from Ineos who was shooting up front, so for him it would be better to stay behind the wheel anyway, and let the other guys work, and then in the end everything fell into place so it was good that he could save some energy there.

“In the end it wasn’t that bad, I would say we kind of saved the day in terms of what happened.”