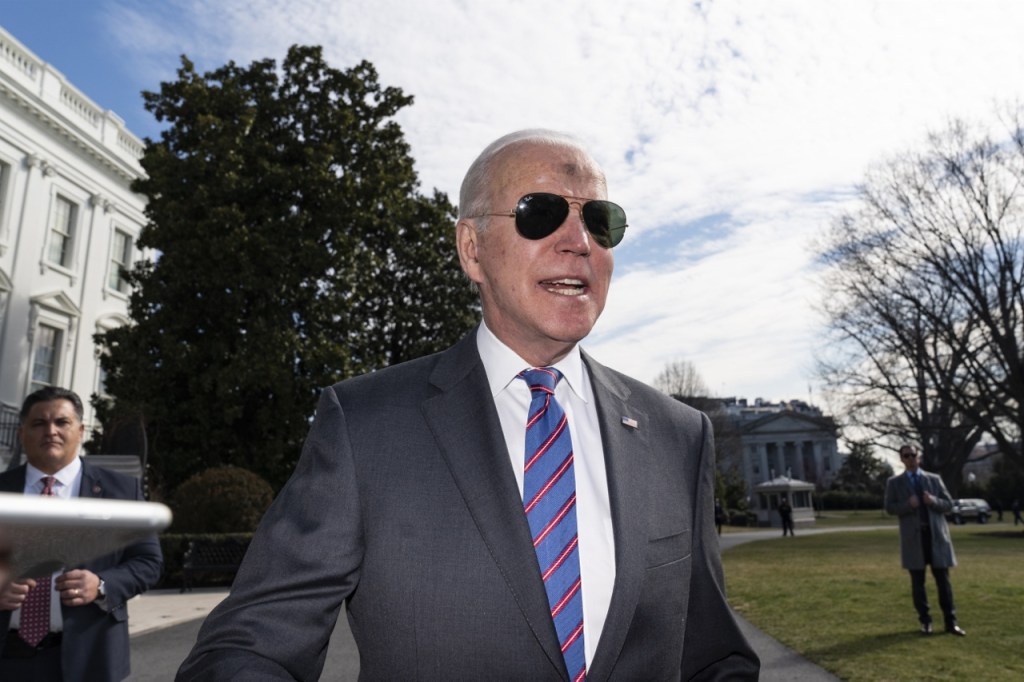 It must be nice living in Joe Biden’s world.

There, inflation is transient, a $3 trillion infrastructure bill is “zero dollars,” and you can spend the money like it’s going out of fashion, while reducing the deficit.

Here in the real world, Americans are hit with sticker shock every day.

Political strategist and ABC News contributor Donna Brazile summed it up last week: “Inflation robs us of our joys, steals our hard-earned wages. I can’t go to the grocery store without complaining about the price of eggs and bacon. I mean a pound of bacon is almost $9. Jesus. I mean, that’s it for me and the bacon. I never thought I would give it up.

Many people have these, along with other grocery items they would normally throw in the cart. And it’s unlikely to improve anytime soon.

Thanks to the supply chain, ongoing labor shortages and COVID.

“A lot of this is actually a delayed reaction to the (problems and volatility) that the supply chain has been feeling for several months,” said Doug Baker, vice president of industry relations for IMF, The Food Industry. Association. “They postponed for as long as possible, and now we’re going to feel the effects over the next few months.”

There are still nearly 100 freighters parked off the California coast, and the cost of labour, fuel, ingredients, packaging and transportation keeps skyrocketing, in part because shortage of labor and a massive increase in demand for goods.

And that was before Russia invaded Ukraine.

As Time reported, Russia’s attack threatens major shipments of some of the world’s staple crops.

Ukraine and Russia together account for more than a quarter of world wheat trade, as well as a fifth of corn sales. Port and rail closures in Ukraine, aka “Europe’s breadbasket”, have already begun to throw the country’s commodity exports into chaos.

Russia is also a major low-cost exporter of almost all types of fertilizers. And fertilizers are vital to the food supply chain. By disrupting this trade, costs increase for farmers — and this affects consumers.

What we need — and what we need to hear — is a concrete plan to fight inflation.

We got a few bullet points from Biden in his State of the Union address on Tuesday.

Make more stuff in America and strengthen our supply chains;

Reduce the daily expenses of working families and reduce the deficit;

Of course, he repeated the old progressive adage of making sure “corporations and the wealthiest Americans start paying their fair share.”

Unsurprisingly, he left out how his administration’s massive spending spree led to the inflationary fiasco we find ourselves in. Biden, however, played on his party’s progressive wing with the theme “corporations and the rich are bad.”

“I think I have a better idea for fighting inflation,” Biden said Tuesday. “Cut your costs, not your wages. Make more cars and semiconductors in America. More infrastructure and innovation in America,” he said.

In Biden’s world, that — and some magic math — will bring home the bacon.