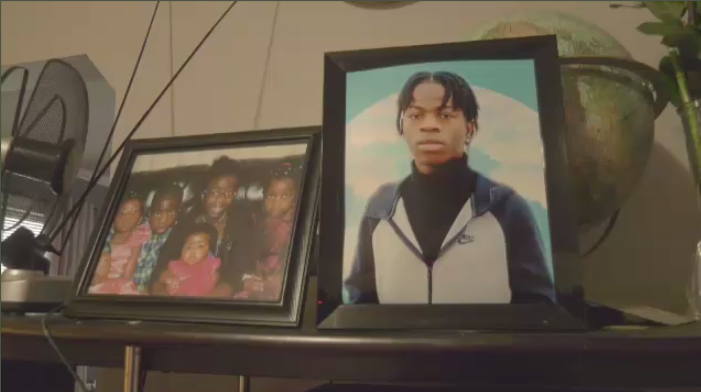 A Winnipeg family and the city’s soccer community are mourning the loss of a much loved teenager.

An athlete, a loving brother and a friend to many – this is how David Bunguke is remembered.

David’s father, John, said his son will be greatly missed.

“He was a very humble boy. He didn’t talk too much. He was calm,” John said.

According to the family, David was in the passenger seat of his friend’s car when it lost control on St. Mary’s Road and hit a utility pole on Tuesday evening just before 9 p.m.

Video from a nearby business’s security camera shows the car traveling at high speed before the crash.

The 17-year-old was part of Team Manitoba’s soccer squad for his age group and played at the 2022 Canada Summer Games earlier this year.

“Being on the provincial team is not easy at this age,” said Héctor Vergara, executive director of the Manitoba Soccer Association. “He was one of the quality players in the province who made the team and competed, so of course he was a very good player.”

Vergara said David’s skills have caught the eye of scouts from several universities and colleges.

David graduated from high school in June and was considering his post-secondary options while taking a year off to train.

The fact that David will not achieve his dreams of playing professional football is difficult for the close-knit football community.

David’s family say they received a lot of support following his passing, with many people stopping to offer their condolences.

“The family is very happy for the community, and your laughter, you show it to the family,” John said. “We say thank you very much for your support.”

David is survived by his parents and four sisters.