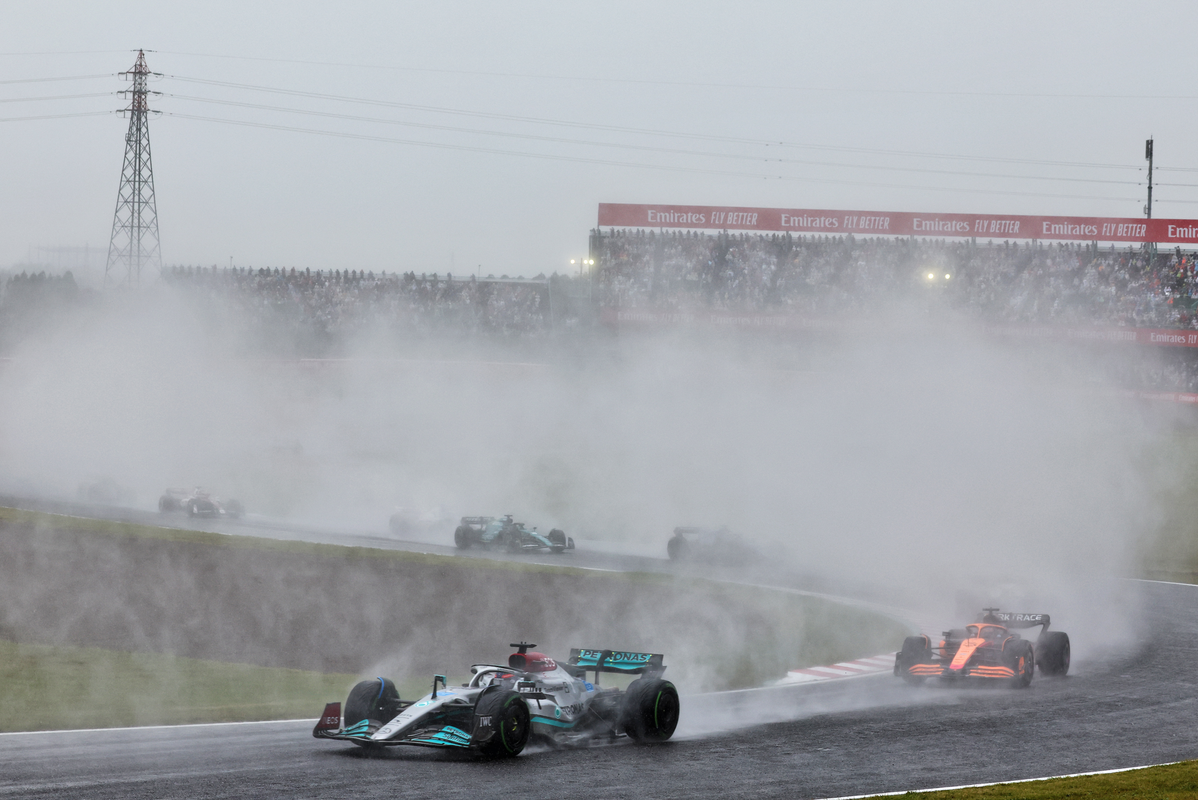 The use of a recovery vehicle on the opening lap of the Japanese Grand Prix was the subject of massive controversy in which Formula One drivers gathered to condemn.

Carlos Sainz went off the track in a hydroplane at turn 12 and was forced to retire after hitting the barrier which brought the tractor onto the circuit.

18 F1 cars were still circling the track at the time, with Pierre Gasly exceeding speeds of 150km/h ahead of the vehicle in pouring rain and poor visibility as he tried to catch up to the back of the field. For many drivers, the incident’s similarities brought to mind the tragic events of the 2014 Japanese Grand Prix.

Daniel Ricciardo was one of the riders who took part in this race and spoke about the incident after the checkered flag: negotiable.

George Russell, who is currently director of the Grand Prix Drivers Association, also said the FIA ​​needed an explanation: “We are all going to talk to the FIA.

“In our opinion, it’s quite simple: no tractors on the tracks. And if you need a tractor on the right track, mark it red.

The Mercedes driver also recounted a conversation with the FIA ​​about recovery vehicles being used on track a week before the Singapore Grand Prix: “I think we talked a bit at the briefing this week as there was a tractor in Singapore with Tsunoda. under a safety car and it was one point to switch to slicks.

We expressed our opinion that we never want to see this happen, that was last week, to come here a week later given the circumstances and the history of course, it’s quite disappointing.

GDPA director Sebastian Vettel also spoke about the incident as another rider who competed in the tragic 2014 grand prix: “I think we just have to understand that today was one of those strange days when things could have gone wrong and someone could pay the price. .

“A marshal, a driver in the car, even the slightest injury is not necessary, but we had a dramatic scene eight years ago so it was far too close to have a rehearsal today.”

“I was also scared because I was coming with enough speed that things could go wrong,” continued the four-time champion. “The moment you go into the safety car you have to take care of the tires and warm them up, you can’t see, on board you see more than what we see.

“It’s not acceptable, we talked about it in a briefing, service vehicles should never be on the road when we are.”

Fernando Alonso even explained that the visibility was so bad in heavy rain conditions that he didn’t even see the recovery vehicle or the damaged Ferrari of Sainz: “There was no visibility. Behind the safety car, I didn’t see the tractor or Carlos. This is the low point of the race.

IT saw steady sequential growth in the second quarter; all eyes on demand prospects