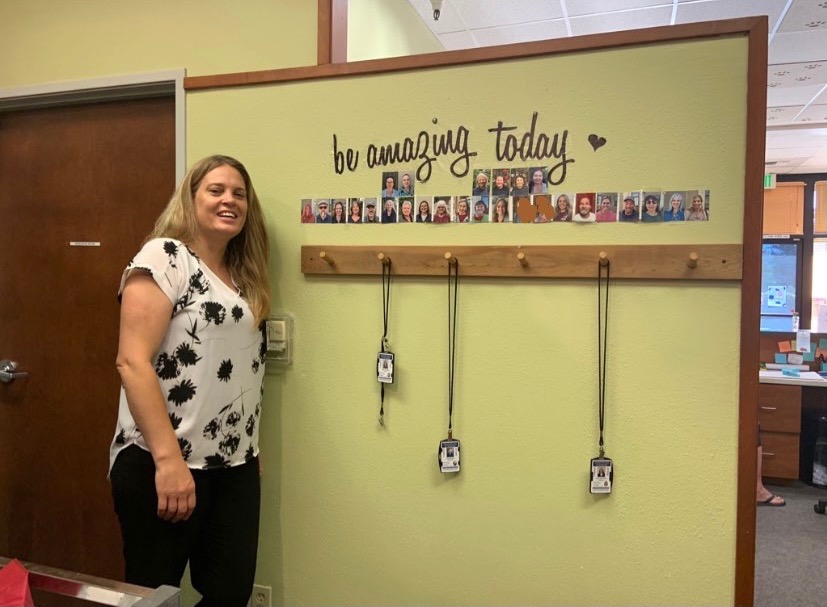 UKIAH, CA, 08/02/22 – More than a year after the landlord sold the space that United Disaster Relief of Northern California had leased in Redwood Valley, the non-profit organization has received a license to Major planning commission use for its new Ukiah location, where it operated in an emergency after the Hopkins fire. The highly organized space belies how little time the center has lacked from Ukiah; but the goal has always been to calm Northern Californians facing chaos in the aftermath of wildfires, house fires, floods, earthquakes and other disasters.

Founder Danilla Sands called the move a “blessing in disguise.” Last June, she and five volunteers — mostly seniors — had to move an entire store and supply warehouse out of their old building in just one month. But although the organization has grown from a 4,000 square foot warehouse to a 900 square foot warehouse, United Disaster Relief (UDRNC) now has a total space of 7,200 square feet, with a number of rooms which reflect the amount of work the organization takes on to help those recovering from a disaster. Community involvement has also increased dramatically, growing from those five volunteers to a team of nearly 30 people. In the past year alone, the UDRNC has assisted approximately 3,000 clients.

Sands began the recovery organization efforts that would become her nonprofit in 2017, after the Redwood Fire hit her community hard. In addition to organizing donations and providing supplies, she began listening to the scanner and reporting news about the fires on social media. She also showed up at local government meetings and asked pointed questions, reminding people of the deadlines for receiving aid and grants.

“A lot of people in the audience knew me straight away as someone who would stand up for them and make noise for them,” she said.

Over the next five years, UDRNC’s advocacy grew by leaps and bounds. It is the only assistance service in Mendocino County that offers assistance to people at every stage, from the immediate aftermath to their long-term recovery three years after the disaster.

“We do a lot of county and city work,” said Sands, who is unpaid and spends 40 to 80 hours at the center in any given week. “[People] can come here. We help them individually.

Upon entering the Ukiah facility, survivors are greeted by a large reception desk and a waiting area with sofas. United Disaster Relief also offers free sunscreen, face masks and other necessities to anyone who stops by. Down the hall are several offices for private meetings with organizations like the Red Cross and the Federal Emergency Management Association (FEMA), which do not have Ukiah offices; an ongoing computer room that provides a private space where clients can work on funding and housing applications with volunteers; a decompression room with a fridge full of drinks and a microwave; a bedroom with a massage chair and soothing purple walls; a conference room “where people are asked for money”; washing machines and printers; and the crown jewel, a free store full of furniture, clothing, household items, shoes and donated food for those recovering to pick up anything they might need.

Survivors can also write down unmet needs on a whiteboard, so others can help if they have access to these supplies. When a family walks through the door, Sands exclaims, “I think I might have a coffee table for you!” Another volunteer sits with them to work on a request for help.

“Each [volunteer] has their unique talent, skills or passion when they come here,” Sands said. “Some want to fold clothes, some want to operate the forklift, some do the office work.”

A volunteer, Debbie Christenson, revolves around the organization of space: “Chaos is not my thing. Eileen Bostwick, who has spent years working professionally for UDRNC’s fiscal sponsor, North Coast Opportunities, Inc, brings her talents to administrative work and grant seeking. Another volunteer, Dana Kelly, focuses her energy on welcoming survivors: “I am a welcoming person.

But at every level, uninvited, every volunteer sings their praises of Sands’ many abilities.

“I can’t say enough about this woman,” Bostwick said. “She’s amazing. She…cares so deeply that everyone [person] get everything to which they are absolutely entitled, without any obstacle.

Christenson agreed, saying, “She knows everything that comes through those doors.”

For Kelly – one of many volunteers who lost a home to suicide – the empowerment that comes from working with Sands and the UDRNC is essential. She has been volunteering here for years, since receiving help from the organization, and she regularly volunteered five days a week.

“The goal is to be empowered to grow strong through your own core, but she gives you the confidence to do that,” Kelly explained. “But she doesn’t pamper you either. She’ll just push you.

Much has been accomplished. Sands’ next big goal is to raise money to buy the building the UDRNC is currently leasing, a former veterinary practice at 1240 Airport Park Boulevard, from its “very supportive” landlords. Total fundraising goal is $250,000. In 2020, Mendocino County had a population of approximately 87,000.

“If each of them gave $3, we would be ready,” Sands said. “We would achieve our goal of securing the building. If each of these people invests in their community and knows that one day they could eventually be affected by a man-made or natural disaster or if their family, friends or colleagues [could be]or maybe they already know someone who has…that would be ours.

Although the planning commission voted unanimously to approve the building’s major use permit at last week’s meeting, some members expressed concern that back yard storage could be ” unsightly” in a neighborhood that’s mostly zoned for restaurants and retailers (like the Panda Express next door).

“When we have an emergency and you get supplies to someone, you don’t care about keeping them in order,” said Michelle Johnson of the Ukiah Town Planning Commission. “There’s just a different environment when you provide post-disaster procurement services, and we need to look at business ventures in this area and how it affects them.”

Effective immediately, the planning commission will require the UDRNC to construct a concrete fence or partition to shield any outdoor storage it wishes to use from view of the rail trails, in accordance with zoning ordinances. But a project like that could cost around $10,000.

“We would love for a billionaire to come along, believe in our cause, and donate a metal building,” Sands said.

For now, however, UDRNC volunteers are prioritizing providing the best possible experience for those suffering after a disaster.

“Just encouraging them and letting them know that they’ll come through this as survivors is really, really important — but it’s also true,” Sands said. “I saw the trigger after two, three years… and I don’t even recognize them anymore, because they wear their hairdressing. They wear their clothes now. It is so beautiful. That weight…is still there with them, but…it’s a beautiful thing.