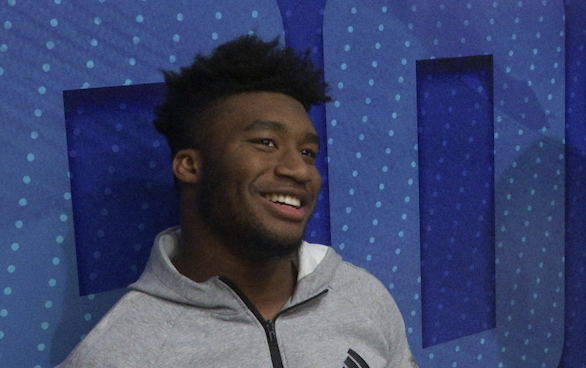 LAURENT (KSNT) – After a 55-14 loss to Texas, the Jayhawks are looking to rebound against K-State.

“KU gave me an opportunity out of high school that K-State didn’t, so it’s really personal to me,” Jared Casey said.

Kansas wants to change the scenario of recent history. Since 2008, the Wildcats have won 13 consecutive Sunflower Showdowns. The Jayhawks’ average margin of defeat is 26.9 points.

“We’re going to focus on Kansas football,” quarterback Jalon Daniels said. “We want to be able to go out and be able to get another win for our program, and I’m sure Kansas State wants to do the same for their program. You know, it just depends on who wants it the most. at the end of the day.

Running back Devin Neal broke the 1,000 rushing yard mark on Saturday. The former Lawrence High Lion said he has a few friends in the area, but there’s nothing friendly about this showdown before the final whistle on Saturday night.

“It means a lot. I definitely got a taste of it for the first time last year, and you kind of have that feeling,” Neal said. “Now I think we’re a more competitive team.”

Asked about communicating with his local friend this week, Neal added “No, not this week.”

An entire Pacific country will upload to the metaverse. It’s a desperate plan…