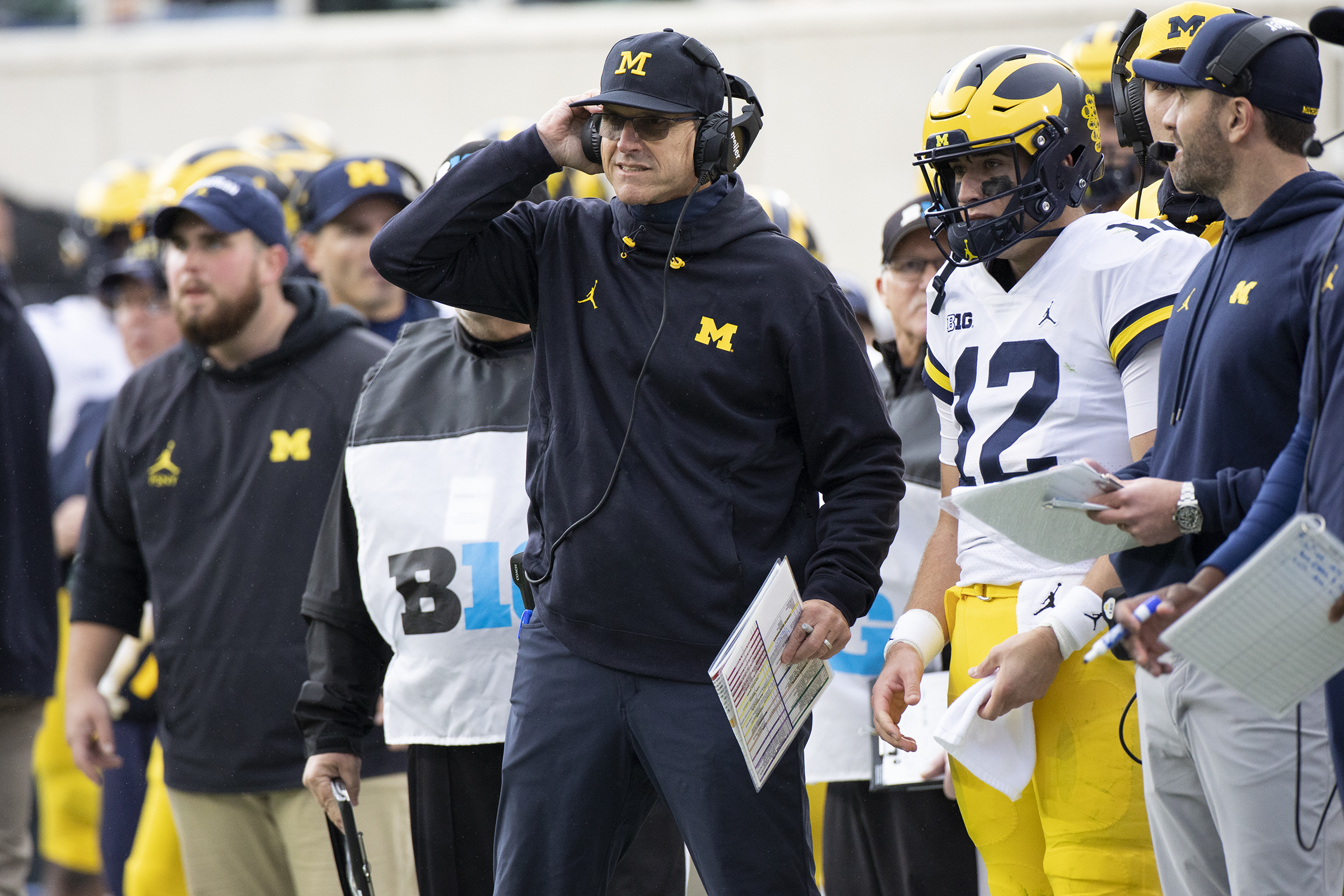 Everything coming out of fall camp seems positive, with heaps of “better than last year” and “ever-improving” echoing from players and coaches alike. Big Ten championship and college football playoff aspirations are in the air. I mean, the Michigan football team is so good right now, it’s got of them quarterbacks who are talented enough to start – all good, right?

So now you are probably one of two people.

Person 1: You drink the Kool-Aid. You think the Wolverines are going to come out this season, stomp Ohio State in Columbus and make a national title run because they’re back and better than ever.

Person 2: You think last year was an anomaly. You believe nothing of the Michigan camp and are sure the Wolverines will once again disappoint you, regressing to par in another disappointing season from the Jim Harbaugh you know so well.

And before you start telling yourself “I’m neither, I’m quite reasonable in my expectations,” that’s probably not true.

So let’s set some expectations.

For starters, the defense won’t be as good as last year.

Losing Aidan Hutchinson, David Ojabo, Dax Hill – and even Josh Ross – may hurt even more than anyone can predict. Not to mention that last season’s Michigan defensive coordinator Mike Macdonald left to take on the same role with the Baltimore Ravens. And there’s no guarantee Jesse Minter will have the same level of success, especially without the high-end talent Macdonald was working with.

Michigan coach Jim Harbaugh and his aides called this defense “starless,” citing its collaboration, communication and versatility as a strength. There is a problem with a “starless” defense though – it has no star.

Without this anchor – the person who consistently produces and wreaks havoc on opposing offenses – the defense is doomed to regress. That’s not to say it’ll be bad, or even that he’ll fall that far, but don’t expect the dominance he showed last season.

Second, the offense will experience growing pains. At the start of the season, the Wolverines have a different starting quarterback for weeks one and two, and they say that’s a good thing.

Obviously, Harbaugh wants people to know that it’s not a fact that being without a designated starter is a bad thing. And while it’s technically not a dothere’s a reason it doesn’t happen elsewhere.

Receivers, running backs, centers — even coordinators — need time to build chemistry with their quarterback; the offense runs through them. Using the first games of the season as a tryout rather than a warm-up for quarters could prove detrimental on the road. So expect some growing pains as the attack tries to settle with anyone.

Second, don’t be surprised if Michigan comes away with between two and four regular season losses. Sure, four is a bit extreme, but it’s certainly possible.

All it takes is bumpy quarterback competition and a shaky defense to give up a road game against Iowa at Kinnick and Penn State, while unranked, has nothing to scoff at. . So far, Mel Tucker has had the Wolverines’ number in the rivalry, and the preseason No. 15 Michigan State has everything it takes to force an upset. And finally, facing No. 2 Ohio State in Columbus, a spot Michigan hasn’t won since 2000, it’s hard to predict a win, despite last year’s result. .

But all is not catastrophic. Wolverines still have a locker room full of talented players, even some monsters, and will be successful this season. If there’s anything Michigan has done well in recent history, it’s beating bad opponents.

So what should you expect?

This team will be good. He’ll probably only give up a game or two, finish second or third in the East, and find himself in a respectable bowl game — maybe even a New Year’s Six.

But don’t expect last year. Don’t expect a triumph in Columbus. And don’t start tweeting to fire Harbaugh if the Wolverines suffer a loss to Iowa, Penn State or Michigan State. Stay realistic:

Ransomware as a Service: Unraveling This Ecosystem