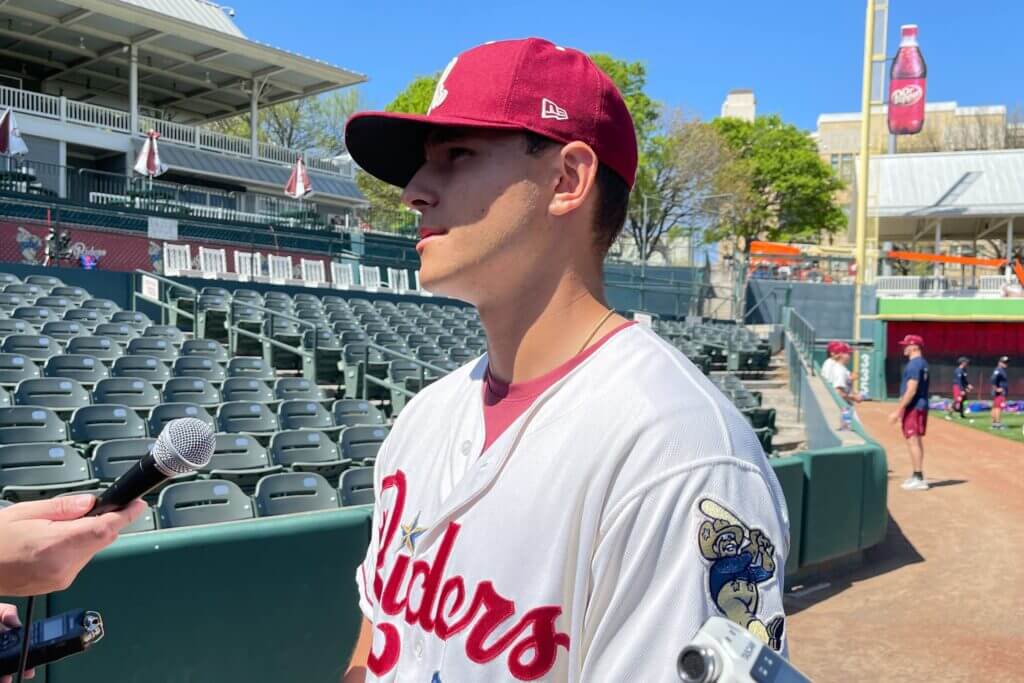 Jack Leiter’s pro debut lived up to the hype, even though it was just 3 innings – The Athletic

The first pitch of Jack Leiter’s professional career was a fastball, slightly outside at 95 mph from José Caballero. A RoughRider against a gentlemanin the heart of Texas.

The next two throws were also called balls before Leiter found the area for the first strike and then induced a popup at shortstop. Nine months after becoming the second pick in the 2021 draft, Leiter had a pro ERA. Frisco’s crammed crowd, so enthusiastic in their praise during introductions, fell deadly silent between pitches, acutely aware that they were witnessing the debut of a pitcher who could be something special. They cheered after every strike and grumbled with every ball. Some of the heckling was earned — trackman data showed plate umpire Hardlen Acosta hugging Leiter a bit on the side of his arm — and some of it wasn’t, as Leiter missed the side wide plate of his glove.

“In terms of execution, (I) definitely could have been better,” Leiter said. “I threw way too many pitches, I had bad counts; the fastball order was a little spotty. But overall, I’m just happy to have eliminated this first. And, of course, the team won. So, you know, it’s a good day.

When Leiter was in the strike zone, he was electric, using his fastball, slider and curveball in a variety of accounts. In his three innings, Leiter struck out seven and allowed just three baserunners: two walks and a messy RBI single – RoughRiders right fielder Sandro Fabian dove for a two-out liner in the third, then stumbled twice while attempting to retrieve and throw the ball, resulting in Leiter’s lone run to score.