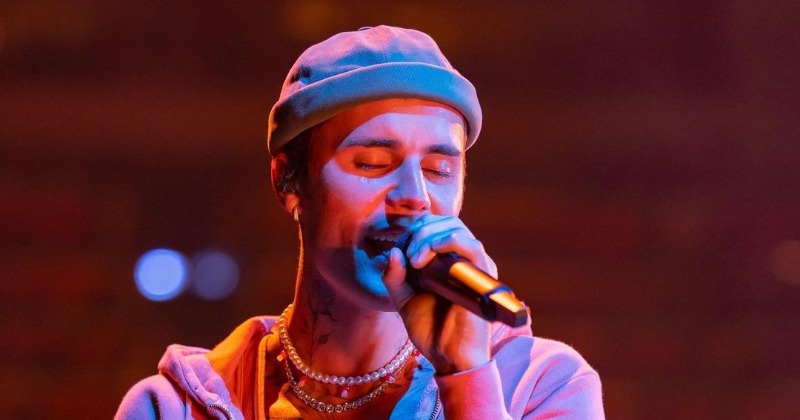 Justin Bieber suffers from Ramsay Hunt syndrome, what exactly is it

Justin Bieber, the Canadian pop singer, announced on Saturday that he was suffering from temporary facial paralysis, just days after canceling three concerts from his world tour. He had to cancel his tour dates because he was “physically, obviously not able to do them”, he claimed.

Bieber revealed in an Instagram video that he had been diagnosed with “Ramsay Hunt Syndrome”, which completely paralyzed the right side of his face.

What is Ramsay Hunt Syndrome?

Due to the general characteristic skin rash, the disorder is also known as shingles oticus, after James Ramsay Hunt, a physician who first described it in 1907. It is a rare neurological condition that causes paralysis of the facial nerve and a rash that usually affects the ear or mouth. Tinnitus (ringing in the ears) and hearing loss are common side effects.

“It was because of this virus attacking the nerve in my ear and my facial nerves and causing paralysis in my face,” Bieber said in his video.

This leads to irritation and swelling of the nerve. The condition mainly affects adults. In rare cases, it is seen in children.

Anyone who has had chickenpox can get the disease, but it is more common in older people, especially those over 60. When you have chickenpox, the virus usually stays in your nerves for a long time. It can reactivate years later and damage your facial nerves, causing Ramsay Hunt syndrome.

The most common symptoms are a red rash around the ear, facial weakness and paralysis. Ear pain, hearing loss, tinnitus, dry mouth and eyes, and difficulty closing one eye are also common symptoms of the condition. Sometimes the virus can spread to other nerves, and even to the brain and spinal cord. It can cause confusion, drowsiness, headache, limb weakness, and nerve pain.

Ramsay Hunt syndrome is usually diagnosed by looking for signs of facial weakness and a blister-like rash. His tests may include:

–Lumbar puncture (In some cases)

– MRI of the head

Strong anti-inflammatories called steroids (such as prednisone) are usually given. Antiviral drugs, such as acyclovir or valacyclovir, may be given.

Sometimes strong painkillers are also needed if the pain persists even with steroids. While you have facial weakness, wear an eye patch to prevent corneal injury and other eye damage if the eye does not close completely. Some people may use a special eye lubricant at night and artificial tears during the day to keep the eye from drying out.

There is no known way to prevent Ramsay Hunt syndrome, but treating it with medication soon after symptoms appear can improve recovery.

Some research has suggested that the Covid-19 vaccination and Ramsay Hunt syndrome are linked. According to a study conducted by the Graduate Medical Education of the Gujarat Adani Institute of Medical Sciences, “there may be a possible association between vaccination against Covid-19 and shingles”.

Another study undertaken by a team from the Department of Neurosurgery at Tulane University School of Medicine and the Tulane Center for Clinical Neurosciences indicated that vaccine-related cases of shingles had been documented worldwide.

For more news and current affairs from around the world, please visit Indetime News.