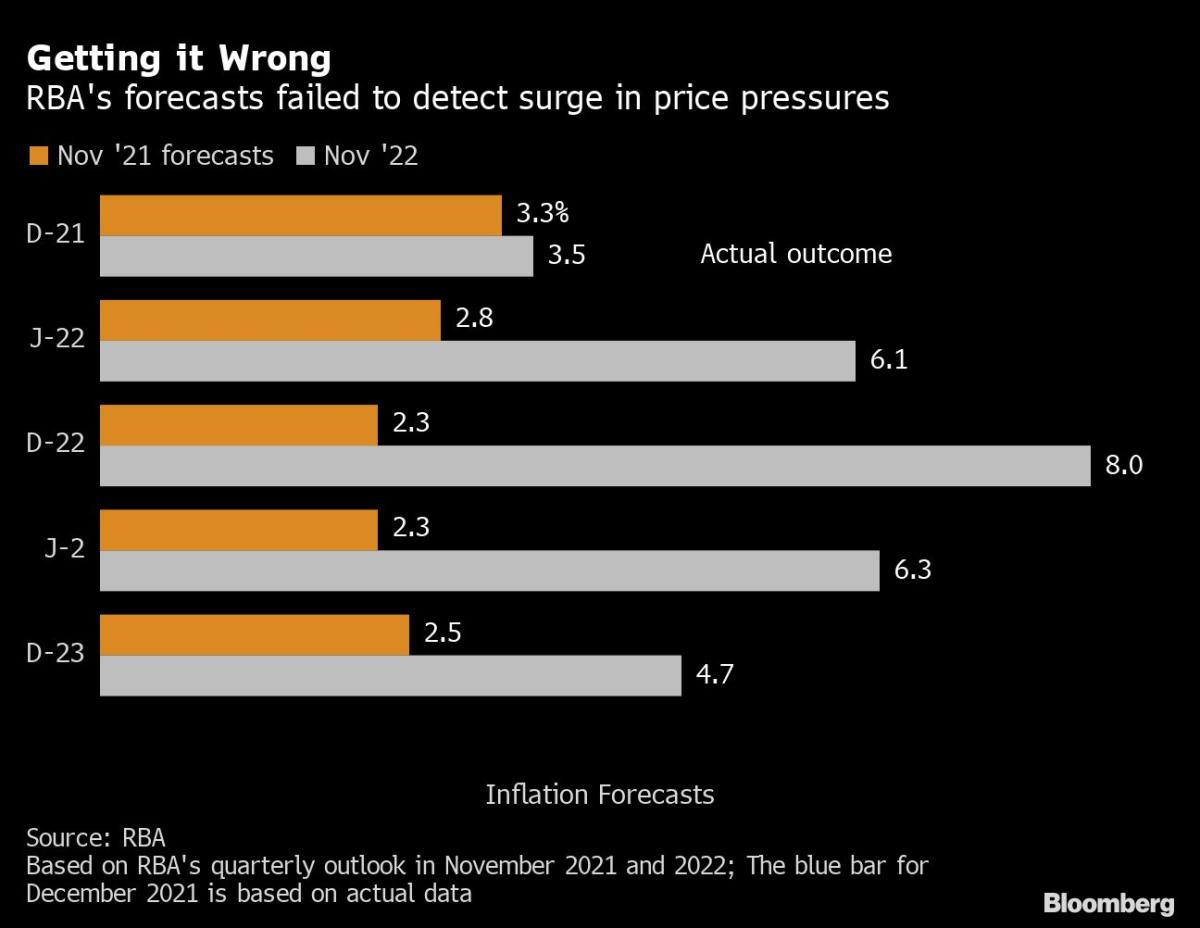 ‘Leave it to the market’: RBA backtracks on advice after criticism

(Bloomberg) – Australia’s central bank has said money markets are a better guide to the path of interest rates after an assessment of pandemic-era forward guidance found its use presents communication challenges” substantial”.

“Forward guidance can be used to help inform the public and markets, but it’s best to avoid being overly prescriptive,” the Reserve Bank said in its review of the communications tool released Tuesday.

“Most of the time, the best approach is to let the market determine the expected timeline by combining the economy’s forecast with the board’s decision-making framework.”

Underscoring the newfound flexibility, in minutes of the November policy meeting released alongside the review, the RBA said rates were expected to rise further, adding that it was not ruling out resuming moves from 50 basic points or even to take a break.

The central bank has come under fire for Governor Philip Lowe’s comments that, based on wage and inflation forecasts, rates are unlikely to rise before 2024, a line he kept until September from last year. This has raised serious questions about accountability given that the RBA began to rise in May and is delivering its most aggressive tightening cycle in a generation.

The assessment of the forward guidance is part of a series of internal assessments the RBA has carried out of its policies during the pandemic and comes ahead of a government-ordered independent review. The latter is considering everything from a reshuffle of the board to changing central bank targets, with the three-member panel’s final report due in March.

Lowe outlined the forward guidance for 2024 when the RBA first responded to the Covid outbreak as he sought to build trust in the community at a time when Australia’s economy slipped into its first recession since 1991 .

“Along with other policy measures, the RBA’s stronger forward guidance helped lower financing costs and support the economy at the onset of the pandemic,” the review found. “The policy response has helped boost confidence during a time of significant uncertainty and disruption.”

The criticism, however, is how long the governor stuck with weather-based advice. Lowe was still delivering the message of 2024 in September last year – when markets and some economists predicted rate hikes in the period ahead. By mid-December, Lowe had conceded a bit and changed his view to no upside in 2022.

Yet less than five months later, the RBA was tightening, with the cash rate hitting 2.85% this month, from a record high of 0.1% in May, as the bank rushed to contain the surge prices.

“The time element of guidance was very prominent in media and market commentary, and came to dominate the interpretation of forward-looking guidance,” the review showed. “The RBA drew a lot of criticism when the cash rate was raised much earlier.”

Greens Senator Nick McKim has called on the governor to resign for inducing “hundreds of thousands of Australians” to take out mortgages on the grounds that rates would not rise until 2024.

In minutes of the November 1 meeting, the RBA concluded that the case for a 25 basis point hike in its policy rate was stronger than resuming 50 basis point increases after inflation. higher than expected in the third quarter.

“Recognizing the uncertainty, members have not ruled out returning to larger increases should the situation warrant it,” the RBA said. “Conversely, the board is prepared to keep rates unchanged for some time while it assesses the state of the economy and the outlook for inflation. Interest rates do not follow a predefined path.

Earlier this year, the central bank released the findings of an internal evaluation of its yield target policy. She concluded that a disorderly exit from this program undermined the credibility of the central bank.

The message on the likely timing of future cash rate increases “has been complicated” by the three-year yield target at 0.1%, according to today’s review.

“The time-based element of direction and the duration of the performance goal were mutually reinforcing. Neither were well suited to respond to unprecedented world events.

[Newsmaker] “It’s not harassment if you don’t pick up”