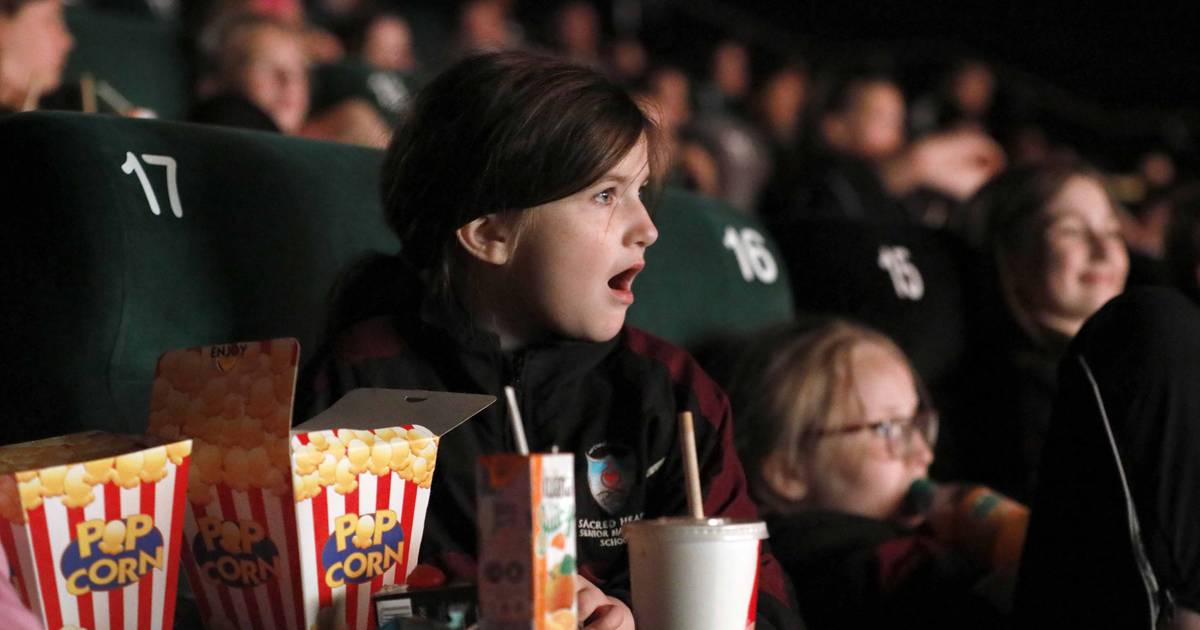 Let’s hear it for the Gentleminions – The Irish Times

Sorry? What? Go back in front of me. “British cinemas ban teenagers from wearing costumes”, headlines this newspaper. You would have thought that International Enormoplex would have hosted well-dressed youngsters on screens five through 32.

It appears to be a response to a deranged craze regarding popular spin-off characters from Despicable Me. Groups of teenagers, self-identifying as #gentleminions, we’re told, donned costumes and strode across screens showing Minions: The Rise of Gru. Fans imitate the clever Felonius Gru and applaud the antics of his eponymous yellow assistants (“minions” if you will). “Due to a small number of incidents at our cinemas over the weekend, we had to restrict access in certain circumstances,” a spokesperson for Odeon Cinemas told the Press Association.

First of all. Reports of crazy things young people do should always be taken with full barrels of salt. Rare is the week we aren’t warned of teenagers en masse sniffing gunpowder, dressing up as camels, or worshiping Jack the Ripper. Society then progresses in a state no less stable than during the youth of our grandparents. Evidence of #gentleminions fashion can be seen online, but I bet it hasn’t, and never will, reach epidemic proportions. The man from the Odéon took care to use the words “small number”.

[ Warning of teens in suits at Minions movie ]

For the sake of argument, let’s assume, however, that movie theaters are truly gobbled up by bellowing youngsters in wool-blend houndstooth. It’s like a midnight screening of The Rocky Horror Picture Show every day. You can’t move for hordes of latter-day Reservoir Dogs who jumped on Minions slogans. It’s awful. This offers further evidence that cinemas have declined to levels of anarchy not seen since Rome was last sacked by the Vandals. Whenever conversations arise about streaming services obliterating theatrical exposure, there’s always a rush to note that the behavior in cinemas is now so horrendous – people chatting on the phone, eating whole Mexican meals in buckets and encouraging children to rebel in the aisles – the decline in the old model is hardly regrettable.

Earlier this year, images of cinema gone wild emerged when Andrew Garfield appeared as an alternate version of the hero in Spider-Man: No Way Home. No final World Cup victory has been celebrated with such hysteria. More than a few news sites have picked up complaints from old buffs about this disturbing new development. “Dublin movie buff says cheers and cheers for ‘ruined’ Spider-Man: No Way Home,” noted DublinLive.

Didn’t Horace or one of those guys complain about an inept and decadent youth a few millennia ago? It is certain that five generations of moviegoers have complained about the behavior of young audiences in the stalls. Remember, though, that back in the days of streaming, it was common to walk into the auditorium halfway through (say) The Great Escape, smoke fags until you reach this point again, then tumble down towards the pub. It is of course true that a few decades ago cell phones posed a new threat, but there was no golden age for civilized behavior in cinema.

So there is a degree of creative reinvention in the current outrage. I literally remember large sections of the Savoy Cinema in Dublin yelling when Leonardo DiCaprio appeared wearing a tuxedo in Titanic 25 years ago. There is no doubt that Clark Gable has had the same effect before. Perhaps we should be happy that enthusiasts such as the #gentleminions and the Spider-Bellowers still show genuine enthusiasm for the theatrical experience. We’re told cinema is fading, but there are still millions of mainstream fans who wouldn’t dream of seeing their favorite franchise on a screen smaller than an overturned tennis court. Perhaps we should adopt the populist approach in all media. Theater and opera might seem less intimidating if, as we were often told centuries ago, earthlings were allowed to yell at actors, chew on boar’s feet, and murder their loved ones in the ” pit” under the stage. Pull up seats in art house cinemas, rip up carpets and scatter straw on bare floors. Bring the bear bait back to the lobby. Stick blasphemers in the vines and bombard them with rotten fruit. Burn anyone who seems likely to live in a gingerbread house. Declare war on the Holy Roman Empire. Eat raw turnip. Why is everyone so tense these days? Welcome to the new dark age.

Wait. Where was I? Ever since people misbehave in movie theaters, other people have been pleading for breathless silence. Many of these other people call themselves the French and I celebrate their achievement (among other things). Neither of these groups will ever properly understand the other. We puritans will continue to rant when a single candy is opened with unnecessary degrees of rustling. But perhaps it should be recognized that the earthlings are now keeping the medium alive. Strange times make unlikely bedfellows.

Is it time for Bravo to launch its first gay ‘Real Housewife’?