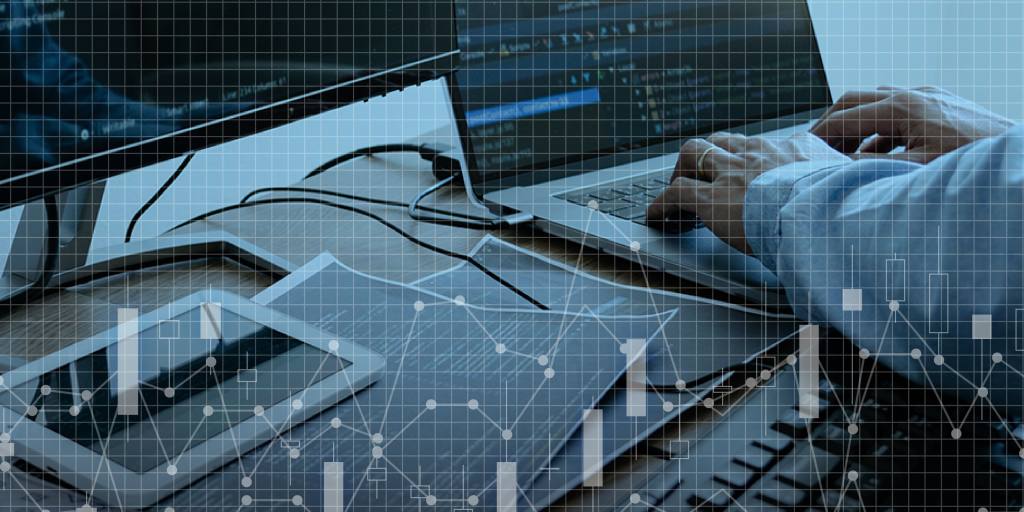 TOKYO — Japanese companies face a severe shortage of skilled tech professionals because rigid seniority systems prevent them from offering the kind of pay and packages that would attract young computer engineers and other experts.

Data from a major Japanese recruitment agency shows the so-called job-to-applicant ratio for IT professionals hit 10 at the end of last year, higher than any other role and underscoring the magnitude the tech recruitment challenge facing the country.

Unlike the United States and Europe, where companies often spend a lot on attracting talent, many companies in Japan still set salaries based on criteria such as how long employees have been with the company.

This lack of fresh tech blood weighs on the much-vaunted government plans for the “digital transformation” of society, with the recent COVID-19 pandemic highlighting how many of the country’s industries are still relying on outdated technology or even pen and paper.

“The war for talent is heating up,” said Atsuko Hirose, human resources manager at software developer Fujisoft. The Yokohama-based company aims to hire about 430 mid-career IT experts in fiscal 2022, roughly the same number of science and technology graduates it expects to hire next spring. But it won’t be easy given the small pool of tech job seekers.

The monthly job-to-applicant ratio among IT professionals ranged from 3 to 5 in 2019 before surpassing 10 for the first time in December 2021, according to recruitment site Doda run by major employment agency Persol Career. The ratio remained high at 9.5 in March, compared to 2.8 for marketing positions and 0.4 for sales positions.

Chemistry leader Asahi Kasei launched a website in 2021 to recruit engineers to help it use artificial intelligence to develop materials. “[But] hiring experienced IT experts under the current employment structure is difficult,” said general manager Toshiyasu Horie.

Others echoed that sentiment. “It’s hard to find workers with both work experience and IT expertise,” said Masakazu Toyama, head of the personnel and labor management section at electronics retailer Nojima.

Despite the growing demand for their services, payment for IT professionals is lagging behind. Their average annual income was 4.38 million yen ($34,466) in 2021, down 4% from 2019, according to Doda. 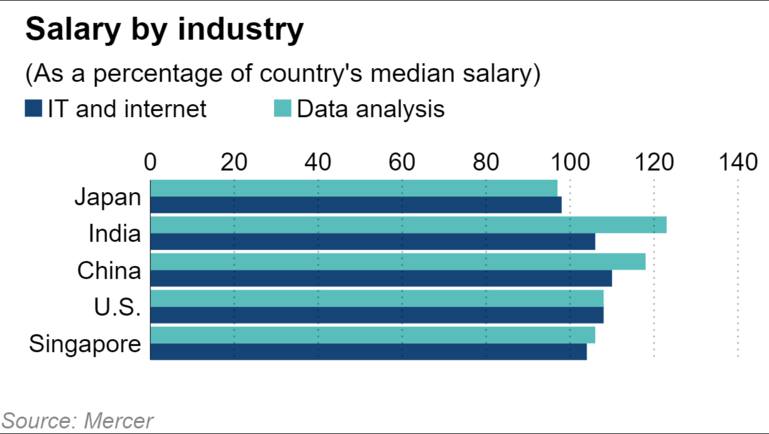 In skill-based employment systems, widely practiced overseas, wages are determined by supply and demand. The median annual income of senior IT and internet professionals in the United States and China is 8-10% higher than the median for all industries, according to a 2021 survey by the US consulting firm Mercer. In Japan, however, the median for computer and internet experts is 2% lower than the overall figure, as salaries do not reflect market forces.

Although skill-based employment is increasing in some industries in Japan, the traditional practice of “lifetime” employees being moved to various positions within the same company over the course of their career remains common. In a 2019 survey by the Japan Business Federation, or Keidanren, 65% of companies said they had no special pay structure for mid-career hires, while 28% said they decided to pay IT on a case-by-case basis. Only 6% said they have a separate remuneration system for these staff. Acquiring computer skills is not cheap. Vocational schools often charge 300,000 yen to 600,000 yen for three to six month courses teaching basic technology skills. Given the prospect of limited wage increases, many workers have no incentive to register.

Last year, 50% of people who found new jobs in sales and service came from different fields, as did 56% who took on clerical positions, according to Doda. But only 24% of those newly hired as computer engineers were from other industries.

Government officials seem aware of the scale of the problem, with some saying the shortage of skilled IT staff is the biggest obstacle to Japan’s digital transformation. And, according to a study by the country’s Ministry of Communications, 53% of companies see a shortage of human resources as a factor holding back digitalization, compared to 27% in the United States and 31% in Germany.

Indeed, industry watchers warn that Japan Inc. must let market forces set wages or risk being eclipsed by the shortage of IT professionals for the foreseeable future.

Justin Bieber suffers from Ramsay Hunt syndrome, what exactly is it