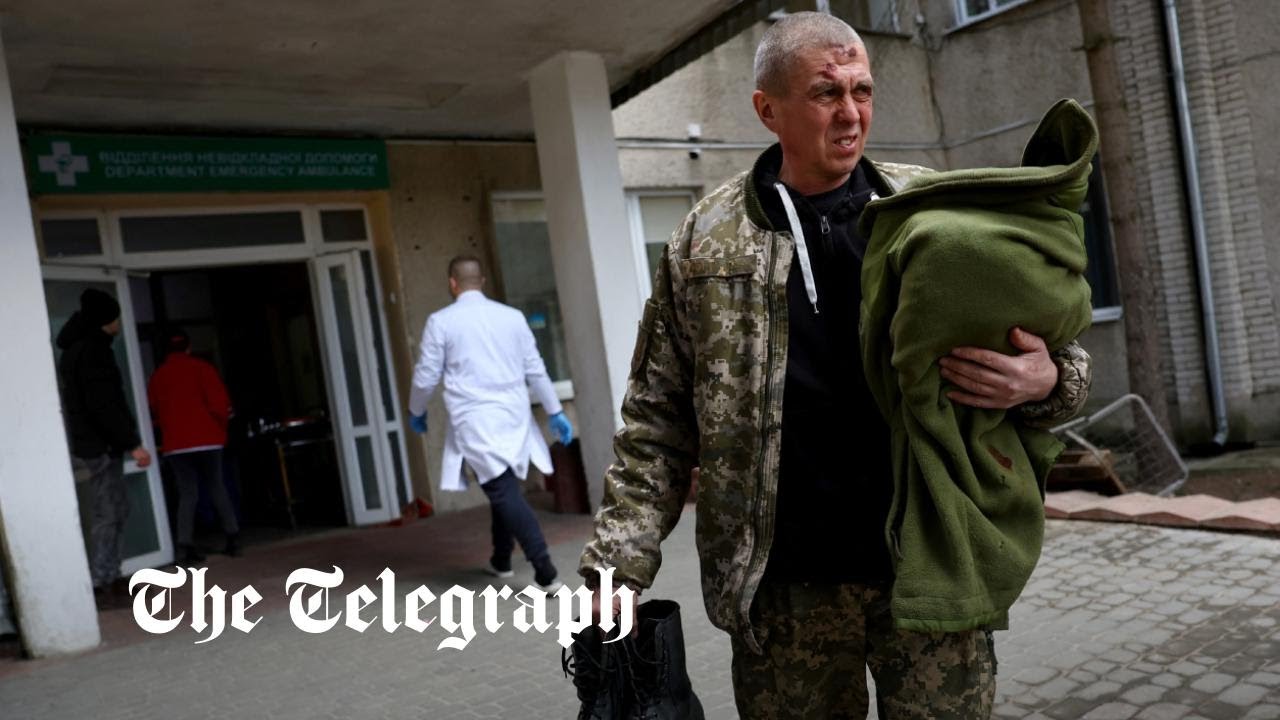 Asked about reports of shelling closer to Ukraine’s western border with Poland early on Sunday, Mr Danylyuk said Russia was attacking what it believed to be the potential location of “Western military technical aids”. , adding: “They believe that (in such a way) they could destroy or at least undermine these supplies of ammunition and military equipment.”

The Lviv regional administration reported that the Russian military fired eight rockets at the Yaroviv Military Firing Range, also known as the Yaroviv International Peacekeeping and Security Center, located just 22 miles from the border with Poland.

Mr Danylyuk said: “Again, that doesn’t mean they’ve achieved their objective and the logistics of this Western aid are top secret, as you understand, but again, that was the idea.

“I think it’s also (a) very clear message from Moscow that they are ready to attack, you know, NATO troops engaged in this supply in Ukraine.”

He added: “I’m afraid that because Russia miscalculates the reaction of the Ukrainians, and I believe that the West too, they can start making provocations in the NATO countries, probably in countries like the Estonia, Latvia and Lithuania, very soon.”