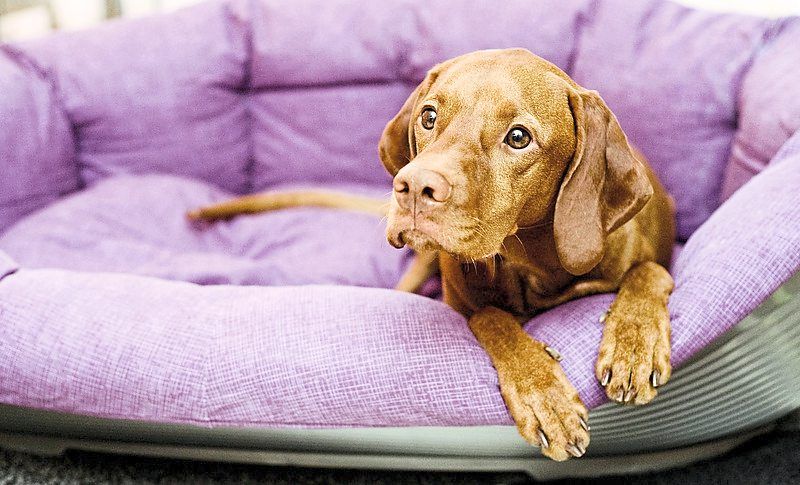 Moving can be terrifying for a dog, but it doesn’t have to be.

Even a few days before, it is obvious that something is about to change. The boxes are everywhere, the atmosphere is tense and then strangers come to take away furniture.

But instead of finally having peace and quiet in a familiar environment in the evening, the dog finds himself in a strange environment.

Of course, there are also dogs who don’t care where they are – the main thing is that the person they are obsessed with is there.

However, shelter dogs often find it difficult to orient themselves wherever they go, especially when they have only been with an owner for a short time.

“Then they can have real problems with a move,” says Loesche. It can even start when packing boxes, because the whole environment changes relatively quickly. Some dogs may react to it with insecurity, even aggression.

Animal behavior experts recommend keeping an eye on your dog early on.

“If the dog is already panting a lot while packing, is restless, tucks its tail, or won’t leave you alone, it may be best to put it somewhere else for a while.” And not just on moving day, but preferably the days before.

“If the dog is in trouble, it makes sense to take that into account, otherwise you’ll be in trouble yourself,” says Loesche. For example, they may develop severe separation anxiety and constantly bark at their new home or start destroying things.

André Papenberg, president of the professional association of certified dog trainers, also advises temporarily entrusting suffering dogs to a friend, preferably to someone you trust, if not to a canine daycare or boarding house.

“If the dog has never been there before, you should practice with it first and put it there once or twice to see if it works.” The owner should also feel comfortable and accept the solution in such a case.

Nevertheless, those who move should not only think about the welfare of the animal. “If you own a dog and hire a moving company, it would be good to address the issue directly and say that there will be a dog with you on moving day,” says spokesperson Daniel Waldschik. of the German Association of Moving and Logistics Companies (AMOe).

Some employees may be afraid of dogs, for example. “As a rule, however, companies have experience in this area,” says Waldschik.

“If the boss knows something like that, he just doesn’t use the person for such a move.”

Loesche advises the dog to find something familiar in the new apartment as soon as he enters. For example, a constellation of furniture with its bowls, toys and bedding.

“Of course, there are also familiar smells coming from furniture, carpets and the people themselves, but it would make sense not to deep clean things that belong to the dog beforehand.”

Dogs also settle into the new environment more quickly if you do nice things with them right away, i.e. play with them or feed them.

“It creates a positive atmosphere right from the start,” she says. If you then give the dog a treat after each walk in the new house, the problem will soon be a thing of the past.

It is different, however, if you have a sensitive dog: in this case, it may be useful to take a few walks in the new environment before the move, so that the dog finds the familiar environment.

It may help sensitive or anxious dogs to take a few walks in the new environment before the move so that they find something locally familiar after the move.

“Basically, you shouldn’t just think the dog will be fine!, but approach the issue with sensitivity,” recommends Loesche.

According to Papenberg, where you move also plays a role: “If I have a cultural shift and move from the countryside to the city, many outside stimuli are completely foreign to it and I would have to gently adapt it to the new condition.”

For safety’s sake, it also doesn’t hurt to Google the nearest vet ahead of time “so I know where to call if anything ever happens,” says the dog trainer. – dpa/Katja Sponholz

Russia says it will withdraw troops as tensions rise in Ukraine