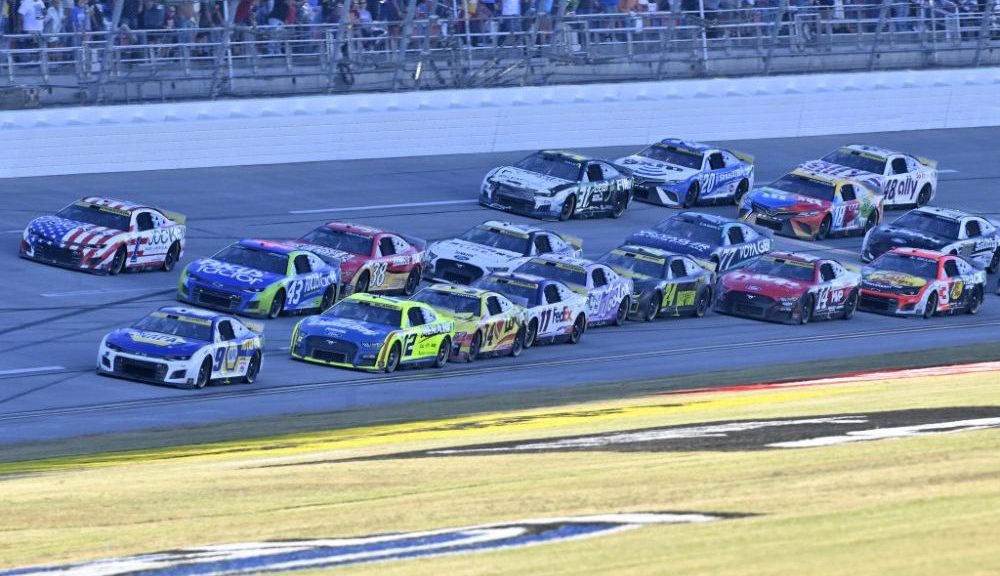 NASCAR insists it communicates with drivers about safety

NASCAR’s Elton Sawyer dismissed the idea that the sanctioning body isn’t communicating with its drivers about the safety aspects of the Next Gen car.

Sawyer, NASCAR’s vice president of officiating and technical inspection, told SiriusXM NASCAR radio that officials want to forget about driver safety issues and focus on racing. In hopes of doing that, there will be more dialogue with NASCAR Cup Series drivers this week about continuing work on the car after a second driver, Alex Bowman, was sidelined this week. weekend with concussion symptoms.

“There will be a dialogue this week with the drivers to update them on the ongoing development with the Next Gen car,” Sawyer said Tuesday morning. “Safety will never end. It’s a journey, as you’ve heard us say before. Every day they work on something to make our sport safer.

“It’s an inherently dangerous sport, we all know that, but there are things we can do and we do, and those are things we’re working on in terms of simulation now until a new back clip.

“They’ll do some real crash testing later this week with the hope that that’s in a positive direction, and if so and all those improvements will be implemented in 2023.

“The question may arise, why not now? Well, if you look at our season, we have five races left, the amount of inventory available today, and restocking it is a daunting task. Just almost impossible to achieve. But that didn’t stop development. It hasn’t stopped the work being done to make our cars and our sport safer.

OPINION: Chase Elliott has found his voice, and NASCAR is better for it

Cindric bounces back from crash to grab ninth at Talladega

“We were a little stuck” – Byron on tough 12th at Talladega

Crash testing is scheduled to take place Wednesday at a facility in Ohio. Since the start of this season, NASCAR has been working on modeling a different rear clip and rear clip structure that they want to test in hopes of implementing the changes for Season 23.

Jeff Burton serves as the liaison between the drivers and NASCAR to ensure both parties have an open line of communication. However, Sawyer said drivers could call NASCAR themselves if they have any questions or concerns.

“There is an ongoing dialogue with the drivers, and there will be this week, as I said earlier, just to update them on where we are, what we are doing, how we are going to progress, how we’re going to improve and continue to build on this Next Gen car that’s had a phenomenal rollout,” Sawyer said.

“Now it hasn’t been without some challenges, which in any new project you’re going to have. I just feel like there are things we’re working on behind the scenes now. We’ll let them know of these projects this week.

Over the weekend, Denny Hamlin doubled down on his comments about the car and NASCAR doing nothing. Hamlin blamed “poor leadership” for the sport being in this position. Kevin Harvick has also been particularly outspoken this season about the stiffness of the car and the fact that not all concerns raised by the drivers have been addressed.

Drivers took to the media and social media to express their concerns and frustration. However, Sawyer said there have been private conversations between NASCAR officials and the drivers throughout the season about the car.

“Again, there’s so much we’re working on in the background, and it’s important to introduce that to them and make sure they understand the direction we’re going with the car,” he said. -he declares. “As far as comments go, I’m really not going to get into that with Denny or Kevin. It’s not fair to them. It’s not fair to us.

“What I will say is that I think over the last four or five years, Daytona’s leadership and going through a pandemic and the things that we’ve had to go through to roll out a new car, I think we have good leadership and I think we will see that continue to unfold as we move forward.

“But it’s not without its challenges, and again, I can’t stress that. [enough]the dialogue will take place with the pilots this week to make them aware of the changes to come.

What is phishing and how to prevent it