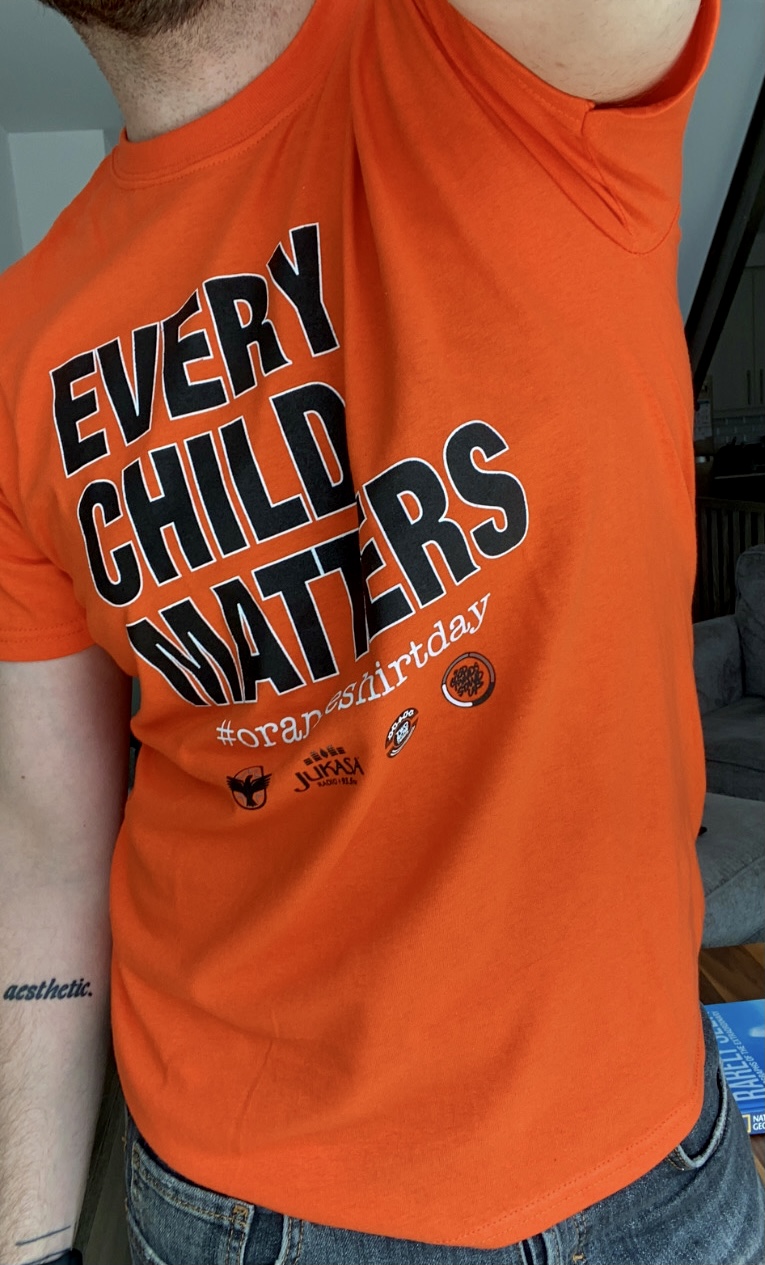 Orange Shirt Day and why it became a holiday

Text: Orange Shirt Day and the National Day for Truth and Reconciliation are both recognized on September 30. It is a day when the children who were sent to residential schools in Canada are honored and we learn more about the real story behind these schools.

In Canada, the residential school system was a network of residential schools for Indigenous peoples. Attendance was compulsory from 1894 to 1947, and the last boarding school closed in 1996. The system was funded by the Canadian government’s Department of Indian Affairs and administered by Christian churches.

“Two primary purposes of the residential school system were to remove and isolate children from the influence of their homes, families, traditions, and cultures, and to assimilate into the mainstream culture,” reads -on in “An Overview of the Indian Residential School System” on anishnabek.ca. It is estimated that more than 150,000 Aboriginal, Inuit and Métis children attended residential schools.

Where did the idea of ​​wearing an orange shirt as support come from and how did the day become a holiday?

Phyllis Webstad received an orange shirt from her grandmother for her very first day of school at St. Joseph’s Mission boarding school in British Columbia. The “orange shirt” in Orange Shirt Day refers to this shirt. When Phyllis arrived at school, her clothes were taken away, including her new orange shirt which was never returned. Phyllis told CBC News that the color orange always reminded her of her experiences at boarding school, saying, “How my feelings didn’t matter, how no one cared and I felt like I was worth nothing. All of us little children were crying and no one cared.

Phyllis wants to spread the message that every child matters, every day. She started Orange Shirt Day in 2013 to educate people about residential schools and to fight bullying and racism.

The orange shirt is now used as a symbol of the forced assimilation of Indigenous children enforced by the residential school system. This day has been declared a statutory holiday by the Parliament of Canada in 2021.

According to the Canadian Encyclopedia, the Truth and Reconciliation Commission released its report in December 2015. It said residential schools amounted to cultural genocide. It set out 94 calls to action, and among them was the establishment of a national holiday to commemorate the horrors of schools and aid healing.

In March 2019, the House of Commons passed a bill designating September 30 as the annual National Day of Truth and Reconciliation.

What is VZ Media? How to find it on the phone?

Affordable Housing: What Does It Mean for Our Neighborhood?