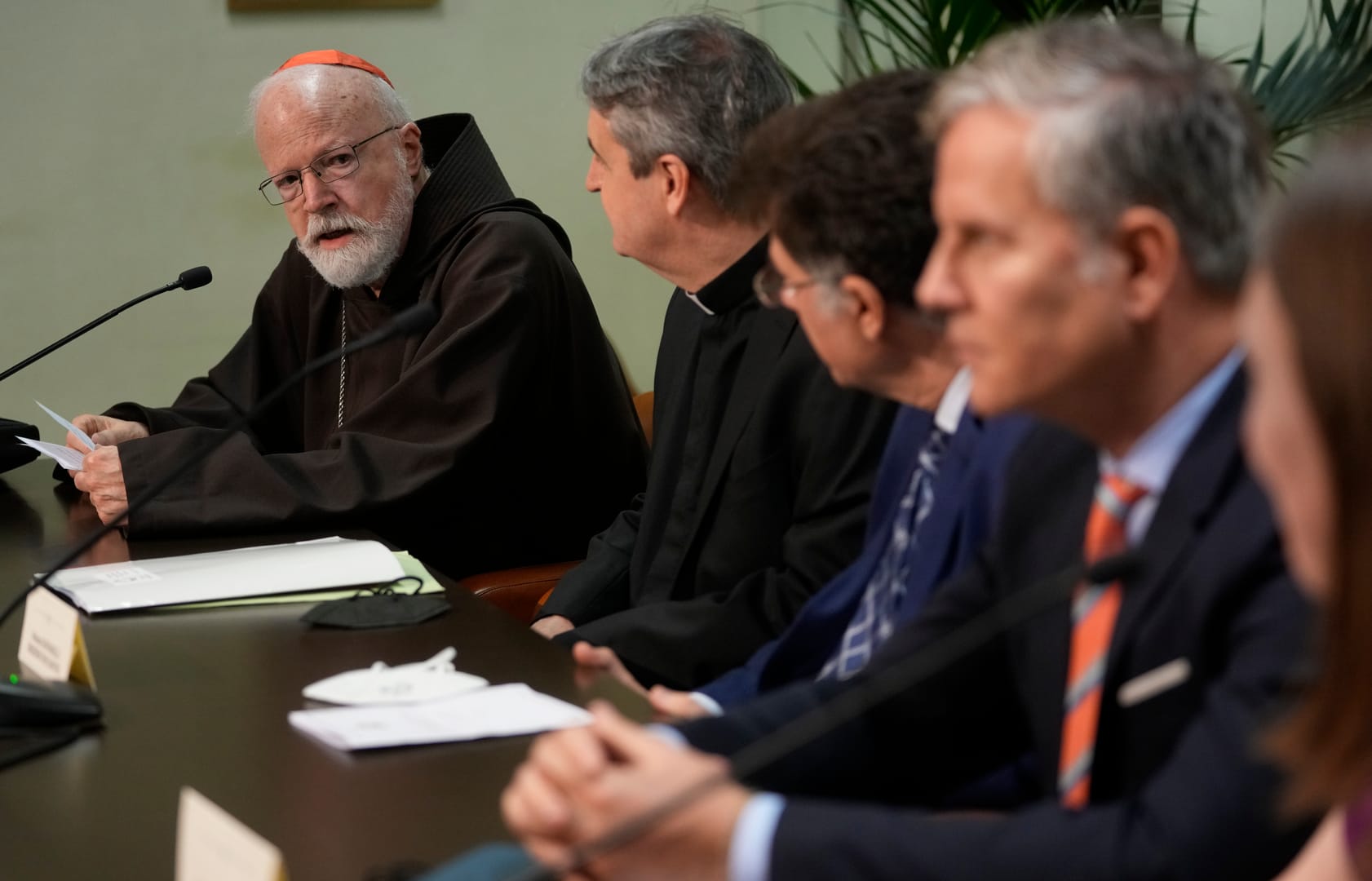 ROME – Members of Pope Francis’ commission for child protection have welcomed his decision to integrate the body into the Roman curia, the Vatican’s central bureaucracy, expressing confidence in the maintaining their total independence while expanding their reach.

Speaking to reporters at a press conference on Friday, U.S. Cardinal Sean O’Malley of Boston, president of the Pontifical Commission for the Protection of Minors, said he was encouraged by the pope, who for the first time ” placed the importance of child welfare as a core of central church government.

RELATED: Pope Writes His Vision for the Church in New Roman Curia Constitution

This week, the PCPM held its first plenary meeting since announcing its incorporation into the Roman Curia, and they met with Pope Francis on Friday, the last day of their meeting.

Pope Francis, O’Malley said, assured the commission members that their autonomy while part of the curia “is intended to ensure the integrity of its expertise, and in particular in its freedom to give advice to the Holy Father on these delicate issues”.

A common concern among critics of the move is whether the PCPM will truly be able to maintain its independence from the belly of the beast. Former members of the commission have often complained that Vatican departments ignored their suggestions or resisted attempts to implement best practices and basic guidelines.

Some observers hope that will change now that the PCPM is officially part of the curia itself, and that the body’s recommendations will be taken more seriously and implemented with more enthusiasm.

However, many are still skeptical, including Irish abuse survivor Marie Collins, a former commissioner who resigned in 2017 over what she said was a lack of cooperation from the curatorial services.

When the decision to bring the PCPM into the curia was made, Collins tweeted that the commission “has now officially lost even a semblance of independence”, and wondered if the move was really a step in the right direction. before.

In an April 29 tweet, Collins said she was watching the press conference with O’Malley and again questioned the commission’s independence, asking if other promises, like an annual report on the state of safeguard in the Church, will actually happen.

O’Malley addressed concerns about the independence of the PCPM directly, saying the pope assured commission members that “although we will be part of the CDF, that the commission will be independent, that he appoints the chairman, the secretary and staff.”

“We will try to work closely with the Congregation for the Doctrine of the Faith while maintaining our own independence, which will allow us to communicate our recommendations and reflections directly to the Holy Father,” he said, indicating that the commission will have regular faces. time with the pope.

“We are convinced that our presence there will be very valuable in enabling us to promote a culture of safeguarding within the Roman Curia,” he said.

During his audience with commission members on Friday, Pope Francis stressed the importance of building trust in the Church through transparency and accountability.

To this end, he asked the members of the commission to help the episcopal conferences to establish listening centers for the survivors, where they can be welcomed and find healing and justice. He also called for an annual audit of the state of safeguarding within the Church hierarchy to assess what is being done well, what needs to change and accountability efforts.

Father Andrew Small, secretary of the PCPM, told reporters on Friday that being part of the curia will facilitate this work, saying it will become “a ‘one stop shop’ for protection, proactive vision of the dignity of the child and the protection of the vulnerable, and then obviously the issue of wrongdoing and the issue of justice.

Chilean survivor Juan Carlos Cruz, who is a member of the commission, also spoke to reporters on Friday, saying the decision to incorporate the body into the curia was helpful, “because it couldn’t be a commission that was a satellite floating somewhere, so it’s important that it’s rooted somewhere, and being in the CDF will help track cases as much as possible.

Cruz said he and other commission members regularly receive questions from survivors asking for an update on their case, having heard nothing since the initial complaint was filed.

Keeping survivors waiting for indefinite periods without any information on the status of their cases, he said, is “not fair, it’s not humane and it’s not fair.”

Having official status and the “mandate” to work with the episcopal conferences on the creation of these survivor listening centers will help to obtain “some kind of explanation of where their cases are, that they are not not in limbo in a black hole that nobody knows about, which can be incredibly traumatic and re-victimizing for survivors,” he said, expressing his confidence that the commission will maintain its independence.

Cruz also addressed the issue of what he called “societal fatigue or media fatigue” with the abuse crisis, saying he has heard people within the curia say, “Isn’t that enough ? Don’t we have enough already? Poor priests, poor bishops!

“People are sometimes scared when we say this is just the tip of the iceberg, but frankly it always is,” he said, expressing confidence that the commission’s new curial status will assist in the implementation of best practices not only in dioceses, but also within Vatican departments.

Noting that different cases are sent to different departments depending on who is involved, Cruz said sometimes getting information from those departments can be “a mystery” and follow-up will be important.

Inventory is growing, but it’s still a seller’s market