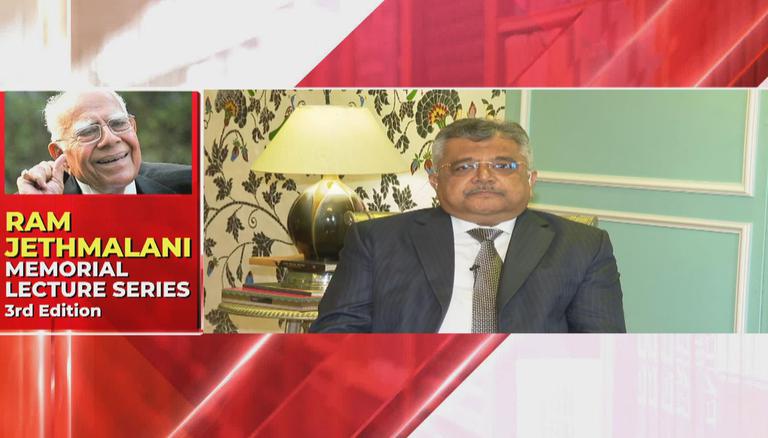 Ram Jethmalani, the greatest lawyer of all time; UCC is about equality: SG Tushar Mehta

Appearing in the third edition of the Ram Jethmalani Memorial Lecture Series on Republic TV, India’s Solicitor General (SG), Tushar Mehta, presented his views on the Uniform Civil Code (UCC). He also spoke of his association with the late Chief Supreme Court Barrister and former Union Minister Ram Jethmalani and dubbed him the “greatest lawyer of all time”.

“It is indeed a privilege to be a permanent member and participant in the Shri Ram Jethmalani Memorial Lecture Series. I always come on this series, not in my capacity as Solicitor General, but always a fan of Ram Jethmalani Memorial ‘Ram’ we used to I call him with love. My association with Ram was long and very intense. I mostly appeared with him and in very few cases I appeared against him. But anyway, I ended up learning something new every day,” said SG Mehta.

‘Do not link UCC directly or indirectly to Triple Talaq’

Speaking during the discussion of the 3rd edition of the series, SG Tushar Mehta said that the Uniform Civil Code is not a political slogan of any particular political party. “People need to know that it is the manifestation of the will, of the drafters of the constitution and it is the constituent assembly that inscribed this particular provision as a will in article 44 of the Constitution.

“I do not consider the issue of the Uniform Civil Code as a religious issue or from any other angle. First of all, we can undermine the subject by linking it directly or indirectly to the issue of triple talaq. That is the mistake people across the spectrum of the subject make. Those in favor try to look for support in the Triple Talaq issue, and those against try to find loopholes in the issue. Associate it with the triple Talaq issue. talaq,” the solicitor general said.

He felt that there is less equality for women in matters related to inheritance and property rights, among others, compared to men.

“It is a matter of equality in general and equality of women in particular. India has always treated men and women equally. This is how India is known inside the world. country as well as outside Except in cases of political representation or employment, etc. less equality with regard to women, but on issues such as inheritance, right to property and right to share property, India could not treat women equally with men. For us, it is a question of equality. Firstly, women, regardless of their religion, are governed by the same law. Second, equality in general (family matters and human relations). Can’t we experiment with making everyone equal in all aspects of the law?” Mehta asked.

India’s Solicitor General has opined that the current government, under Prime Minister Narendra Modi, has the political will and courage to take reform measures if they are in the broader national interest. “These are my personal opinions,” he added.