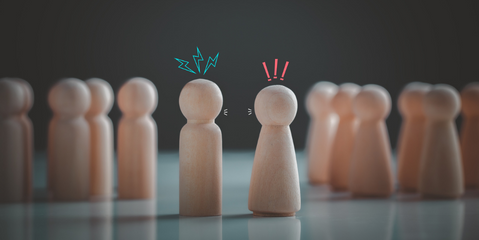 Resolving the conflict between availability and security in IT

Conflicting business requirements are normal in any organization, but for IT businesses, they’re pretty much built-in. Different roles have different requirements and processes they carry out within the four walls of their departments. And yet, new cybersecurity challenges that teams must overcome are being discovered daily.

However, when projects move to security or patches and new updates are released, it can be a central cause of conflict between two of IT’s most critical factors: availability and security.

Operational teams always have availability as a top priority. Their team’s goal is to provide stable availability so that operations can run uninterrupted. On the other hand, security teams only focus on creating a secure environment. One cannot perform well over the long term without the other; however, the two teams have different goals in mind.

As a result, there are often conflicts between operations and security. Activation is undoubtedly easier without considering security. But with security often at the end of the iterative development process, this can cause friction between the two. And without collaboration, organizations could end up compromising availability or security without optimizing communication between them.

For example, a security team may require systems to be shut down to be patched with little warning. This will ensure a secure environment but will reduce overall availability. Similarly, uptime goals such as 99.999% uptime may require many servers, data, and services that will require ongoing monitoring and protection.

Let’s take a closer look at some of the main causes of the conflict between availability and security in IT environments:

Due to the innate conflicting values ​​between availability and security, there is also friction when deciding which best practices to follow when teams are combined. For example, SecOps combines multiple teams with specific tasks, goals, and responsibilities. There’s no doubt that everyone wins when they can work together in a balanced way, but their conflicting values ​​make it particularly difficult to agree on workflows and best practices.

For example, when DevOps teams think about patching vulnerabilities, they think about it in terms of downtime and disruptions that cause problems and inconvenience for users. That’s why they often turn to regular downtime in an attempt to prioritize safety.

However, maintenance windows and scheduled downtime may not result in a full fix every time. Network updates aren’t released on your organization’s schedule. And hackers certainly won’t wait for your next security update to launch an attack.

Deciding how often to apply patches and how quickly to respond when known vulnerabilities are published is only the beginning of the issues between availability and security. And sometimes reducing risk is more complicated than running an update or patching a specific vulnerability.

This is where developers get involved and DevSecOps teams are formed, which further adds to the complexity of balancing availability and security. Not only do teams need to update the language version to fix the vulnerability, but they also need to rewrite the application code with the language changes in mind.

At this level of complexity, developers have doubled their workload, IT teams can’t perform their core functions, and security specialists are faced with hours of rework to secure an entirely new application.

It is at this stage that the processes break down. Everything is on fire, no one knows exactly how to proceed, and organizations often suffer from data incidents at this point. In addition to a multilevel conflict within the company, you also need to repair your reputation with customers.

This is also where the idea of ​​a top-down policy seems to be the best way to deal with the problems. And while policies can solve these problems to some extent, no team is really happy with the outcome. The result? Poor products and services from a poor organization.

Another problem with policies is that they often leave systems unpatched for long periods of time, giving hackers plenty of opportunities to sneak in and wait for the perfect moment to launch an attack.

It seems there is no way to win. However you slice it, there will be significant risks that need to be addressed in a way that affects availability or compromises security. However, there is a way to help mitigate and even resolve conflicts between disruptions and delayed patches.

What is frictionless patching?

Frictionless patching is a concept in which patches are applied non-disruptively and simultaneously at as many levels as possible to ensure security and availability. Cybersecurity protects everyone, including businesses, users and staff. Security is highly necessary in today’s environment. Hackers have many techniques to steal personal data and profit from exploiting vulnerabilities of all kinds. That’s why it’s so important that we change the way we think about security.

Security is for everyone

Safety should no longer be considered a practice reserved for technicians and specialists. Security should be frictionless for everyone: developers, operations teams, security personnel, and even non-technical workers. Collectively, we are moving towards a digital future that will require every user to have a working knowledge of security practices and solutions.

The problem is that, according to 84% of IT managers, human error was the leading cause of all data breaches in 2021. Even among companies that have active cybersecurity training programs for non-technical employees, 61 % of workers fail a basic cybersecurity quiz. The primary focus of these workers is productivity, so it’s no surprise that they get tired of doing tedious tasks with extra steps for safety reasons when they get in the way of productivity.

Security should involve frictionless processes that make sense to everyone involved in the organization to close any gaps in your cybersecurity ecosystem.

How to solve the conflict between availability and security

Live Patch is a frictionless patching tool that should be in every IT team’s toolbox. Live patching allows security teams to apply patches much faster than regular maintenance windows without having to reboot devices to apply new updates. This is a fast and secure fix with little to no downtime. Could this be the balance between availability and security sought by all organizations?

Manufacturing, financial, and medical organizations should look for communications software with essential features that enable 24/7 availability, without worrying about vulnerabilities propagating into your systems due to language-level risks. .

Live patch tools are an easy and effective way to resolve conflicts between IT teams and provide a more secure ecosystem across the organization. Not only does it provide quick fixes without requiring downtime, but it can also fix multiple programming languages ​​without downtime. Live patch tools focus on security issues without introducing code changes that would require code refactoring. This means your code can run as is without compromising security or availability.