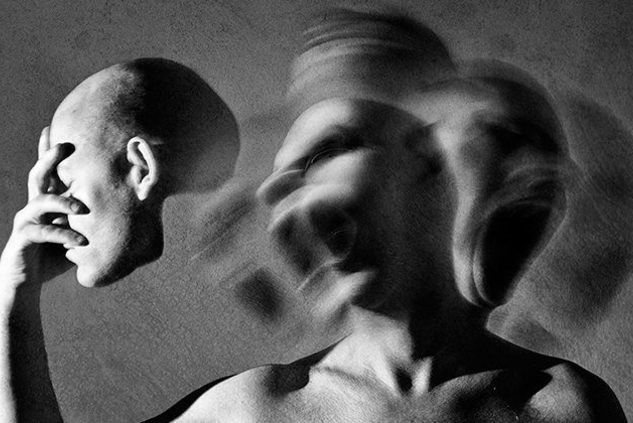 Schizophrenia: what it is and how to treat it

It is a debilitating mental disorder that requires ongoing treatment.

Schizophrenia leads sufferers to a loss of their ability to function on a day-to-day basis, due to the main characteristic elements and symptoms, variously combined from one subject to another, which are

The loss of daily functioning can be such that this disease, although uncommon, is among the top 20 human diseases that cause the most “years lived in disability”, according to the World Health Organization.

When we talk about loss of daily functioning, we are talking about the usual abilities exercised on a daily basis according to the age and the context of the person’s life.

Also in the same area we have a deterioration or complete loss of social relationships, due to the gradual isolation, loss of friendships and relationships in general.

Severity of symptoms of schizophrenia

The severity of the symptoms is variable and very much depends on the rapidity of the treatment, which must include

These functions are deteriorated by the disease in a more subtle way, especially in the first years after its appearance, and are correlated with a greater loss of daily functioning, but also with a reduced response to behavioral rehabilitation programs, i.e. why they need to be considered in the design of the intervention.

The causes of schizophrenia

Experts agree on the complexity of the causes.

The interaction of several factors combined in different ways and with different relative weights influences the risk at the individual level: these include genetic and biological and environmental risk factors that have an “epigenetic” effect, such as certain perinatal problems or subsequent substance use in adolescence. (especially cannabis), and the presence of stressful life events and situations such as migration, belonging to a minority social group, urbanization and others.

These latter factors are called “epigenetic” because they modulate the expression of genetic risk and together with it determine the dysfunctions underlying psychopathological phenomena and cognitive disorders.

It is important to specify that familiarity with the disease explains only a relative part of the risk and many cases are defined as “sporadic”, that is to say without any affected member in the family of origin, cases where epigenetic components act on risky genetic configurations that are likely widely distributed in the general population.

When to consult the specialist?

None of the above symptoms are diagnostic of this disease per se, but the simultaneous presence of several of them in youth (usually late adolescence) over a sufficiently long period is suggestive of a possibility and therefore the need for specialized investigation for early intervention, which is essential to improve the prognosis.

The management of the disease has improved considerably in recent years, and consequently the quality of life of patients.

Today, it is possible to pharmacologically treat the acute psychopathological states of the disease and which sometimes require hospitalization, while reducing the tendency to chronicity and the aggravation of the most striking symptoms of the acute states, the “positive symptoms”. , provided constant therapy is provided.

Early and integrated intervention is essential to slow the progression of the disease and contain the symptoms.

Today, high levels of “recovery” can be achieved and a good result is estimated in 40% of cases, unlike in the past.

Provided that simultaneously integrated and personalized processing is carried out upstream.

Pharmacological treatments are necessary and today we can count on many molecules which also significantly improve the symptomatology and stabilize the situation, in particular that of the “positive symptoms”, because delusions, hallucinations, disorganization of thought and behavior are defined.

However, even the best pharmacological treatments are not able to modify in a clinically relevant way the so-called “negative” symptoms (ie apathy, anhedonia, avolition, social withdrawal), nor the deterioration of cognitive functions, two psychopathological dimensions strongly correlated with daily dysfunctions. .

For this reason, pharmacotherapy must be complemented by “state-of-the-art” personalized rehabilitation interventions, which not only work “downstream” on the behavior, simply reshaping it in a way that is useful in everyone’s life. days, but also will work at the root of the dysfunction, improving the cognitive performance necessary to function well in the world.

Today, the international scientific community provides clear indications for neurocognitive and sociocognitive rehabilitation interventions, associated with cognitive-behavioral and psychosocial rehabilitation, which can lead to good results in the majority of patients, in association with pharmacological treatments. .

It is important not to underestimate the first signs of mental distress by contacting their general practitioner, who can recommend a specialized center where, if the diagnosis is confirmed, the patient can be followed by a team of expert psychiatrists, psychologists and rehabilitation technicians dedicated to treating psychotic disorders and schizophrenia.

The earlier an action is taken, the less damage the pathology can cause to the individual.

Unfortunately, there are still strong stigmas in society towards mental illness, which results in sufferers being and feeling stigmatized and consequently delaying access to treatment.

With the knowledge we have today and the intense and constant research activity in this field, the scientific community unanimously agrees that the earlier we act, and with the most advanced programs, the better are the chances of recovery and return to the premorbid state. functioning.

Live emergency even more… live: download the new free app for your newspaper for IOS and Android

ADHD or autism? How to distinguish symptoms in children

Intermittent Explosive Disorder (IED): What It Is and How to Treat It

Management of mental disorders in Italy: what are ASOs and TSOs, and how do the workers act?

12 essential items to have in your DIY first aid kit

Anxiety: a feeling of nervousness, worry or restlessness

Hesitation at the wheel: we talk about amaxophobia, the fear of driving

Why become a mental health first aider: discover this figure from the Anglo-Saxon world

From autism to schizophrenia: the role of neuroinflammation in psychiatric illnesses

Cybersecurity Leaders See Zero Trust as the Future of Computing