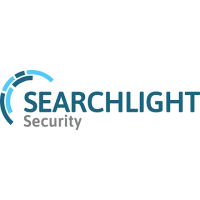 The DarkIQ platform is a powerful dark web monitoring solution that uses the most comprehensive dark web dataset on the market. It is the only dark web monitoring tool that tracks web traffic to and from an organization’s network. It also searches the dark web for mentions of a company’s important data assets, such as IP addresses, employee credentials, and network components. This information could be used to detect an impending attack.

Eric Milam, Product EVP at Searchlight Security, explained: “Our mission is to make dark web intelligence as relevant and actionable as possible for businesses and our new reporting feature is a big part of that. Threat intelligence is only powerful if it can be understood and acted upon. , otherwise it’s just noise.Communication is everything.

“In threat intelligence, the job isn’t done until the report is filed. This is a burden on security teams that we wanted – and were able to – alleviate, because every less minute they spend reporting is one more minute they can spend stopping the bad guys. At the same time, they have a better solution to provide pre-attack intelligence with greater clarity so the business can be more proactive in stopping impending threats. »

DarkIQ Reporting’s many features include giving enterprise security teams and MSSPs the ability to generate one-click reports, the ability to tailor reports to the right level of detail for the audience they achieved, as well as the ability to add and remove report fields as needed.

Other features include the ability to customize designs and resources more efficiently, so less time is spent reporting and more time is spent protecting the business.

Finally, the new reporting feature demonstrates the return on investment (ROI) that can be presented to executives by identifying and resolving issues before they become costly crises.

What is Dark Data and how do I find it?