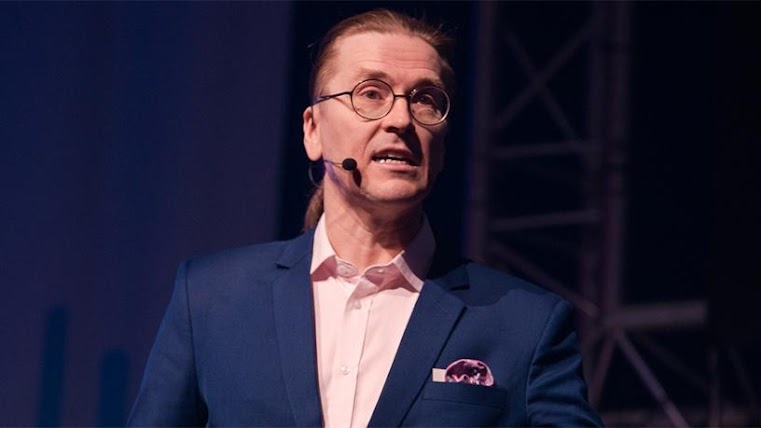 “Secure Society” IT Security Professionals in a Rapidly Changing Environment

The role of information security professionals has become essential as the world enters the second phase of the Internet revolution, in which computers run everything and everything is connected.

This emerged at the inaugural KB4-CON cybersecurity event for EMEA, where Mikko Hyppönen, Director of Research at F-Secure and a global authority on cybersecurity and privacy issues, described the impact of the Internet and the evolution of cybersecurity risks.

Hyppönen said, “We are the first generation to live our lives partly in the real world and partly in the online world, and now we see that the internet will be part of humanity’s future forever.”

The first wave of the internet revolution – which brought all computers online – is already behind us, he said. “We are currently living through the second wave of the internet revolution, which will bring everything else online. I’m not just talking about IOT or smart devices, I’m talking about everything. If we plug it into the power grid, we will also eventually plug it into the Internet. It will happen whether we like it or not. This second wave will bring us great benefits and great new risks: it is always a compromise.

Hyppönen highlighted how lucrative ransomware attacks are for criminals, noting that compromising work emails is even more so. “The amount of money circulating in these ransomware attacks is remarkable – there is a lot of money to be made in online crime. But even more money is made with business email compromise attacks. They always say crime doesn’t pay, but it obviously pays very well if the criminals are rolling around in a fleet of Rolls Royces.

In this environment, the role of the information security professional has changed, he said. “We no longer secure computers; we secure society, because computers are everywhere and make everything work.

Complexity is the enemy of security

While the solution to this should be to reduce complexity, systems were becoming increasingly complex, he said. “If you look at the on-disk size of Windows 10, it’s 1,000 times larger than Windows 95. If you look at the complexity of the code base, Windows 10 has 5.7 million source code files. So we’re shooting ourselves in the foot as we build more and more complex systems that leave more room for bugs, which then become vulnerabilities, and which are more complex to use, which means that our users are more prone to human errors and mistakes. But we shouldn’t blame the users.

Data is the new uranium

Highlighting the evolution of attack methods, Hyppönen said, “People say data is the new oil, but it’s more like the new uranium. Like oil, it’s also expensive, but it’s also very damaging, and some data – like medical data – remains dangerous forever when compromised. I don’t think we fully understood the challenge that was.

Regarding the evolution of criminals’ approaches, he said, “We are seeing a big shift from traditional V1 ransomware groups to V2 ransomware. In January 2020, Moscow’s Maze ransomware gang innovated V2 by not only encrypting the victim company’s files, but also stealing the files and threatening to release the stolen files if the ransom is not paid. This means that backups no longer matter. Even if you have perfect backups of everything and can recover them in an hour, attackers still have your files and they can leak them. This is the reason why we have seen so many multi-million dollar ransom payments – V2 ransomware has proven to be very beneficial for the attacker.

“If we’re looking for the root causes of a data breach, leak, or malware, it’s always a technical problem or a human problem. Technical issues can be difficult to resolve, but once you find and fix the bug, you’ve solved the problem. However, fixing human brains is not simple at all. You need to educate users and make sure people remember what they’ve learned, and every time we teach users what to watch out for, attackers will look for new ways to circumvent what they’ve learned. “, did he declare.

KnowBe4 has also launched a set of 24 mobile-focused training modules and its Security Snapshots – a set of 12 self-contained security “micro modules” in 34 languages, which may be of particular interest to organizations on the mainland where many users follow training on their mobile devices.