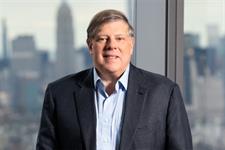 Stagwell is further integrating media into its creative agencies as the new holding company seeks to maintain growth relative to its industry peers.

During its second-quarter earnings call on Thursday, Stagwell management spoke of growth in integrated client opportunities across the network, particularly in access to media and digital services through its creative agencies.

As a result, CFO Frank Lanuto revealed that the holding company, created a year ago by the combination of Stagwell Marketing Group Holdings and MDC Partners, has revamped its reporting segments “to bring media and creation closer together.” .

Additionally, the holding company is rolling out Stagwell Media Studio capabilities across all of its creative agencies, allowing them to more easily leverage the network’s media capabilities at scale.

Stagwell’s other creative agencies are spread across various networks of the holding company that aim to bring digital closer to creative. 72andSunny, for example, is part of the Constellation Network, which includes digital agency Instrument and research firm The Harris Poll. The Doner Partners Network partners the creative agency with PR and influencer marketing boutiques such as Veritas and HL Group. The holding company’s other public relations firms include KWT Global, Allison + Partners and Hunter.

“After years of sourcing separating media from creative, the demands of the digital world are bringing them together again and we are responding to these trends,” CEO Mark Penn told investors on the earnings call.

The Stagwell Media Network, which launched a year ago and includes agencies Assembly and ForwardPMX, grew 28% in the second quarter to $36 million, thanks in part to a few contracts over $10 million. .

The solid performance of the media sector is driving the growth of purely creative services, which are growing in line with GDP by 3% to 5% per year. Embedded assignments, on the other hand, are up 10% to 15% year over year, Penn said.

“It’s a way to spearhead the growth of creation: to integrate it more closely with [media] and consumer online experiences,” he added.

As Stagwell delves into the integration, its average customer size has increased 30% year-over-year, from $4.5 million to $6 million, a result of an acquisition and expansion strategy that extends its services to existing customers. Johnson & Johnson, for example, has expanded its tenure with Stagwell from four to 12 brands over the past year. Stagwell’s top 25 clients work with an average of five agencies across the network.

“We’re seeing a ripple effect,” Penn said. “People are also getting into services more jointly, which they weren’t doing at all two or three years ago.”

Unlike its historical peers in the category which have raised their projections, Stagwell reaffirmed its outlook for the quarter, forecasting organic growth of 18% to 22% for the year.

Against a backdrop of concerns about inflation and an impending recession, and a slowdown in advertising activities of the largest technology platformsPenn said Stagwell is seeing strong customer appetite and “a flood of new business cases.”

The holding company is also benefiting from the rebound in the travel industry this summer. Activity with travel brands almost doubled in the second quarter, contributing to the growth of the media network.

“We are seeing a very strong summer rebound in travel and entertainment and what appears to be a competitive holiday season in the market,” Penn said. “If and when I see something different, I will point it out. It’s just not what we see in terms of customer behavior.

Penn pointed to greater competition in the media space, from players such as TikTok and Netflix, as a contributor to the slowdown in Big Tech’s ad business.

“People have more than two choices now in their investments,” he said. “The market will get bigger and harder to read.”

But if the economy deteriorates, Penn said Stagwell’s focus on digital and performance media will insulate it from customer cutbacks.

“Companies are less likely to cut revenue-generating media,” he said.

This story first appearance on campaignlive.com.