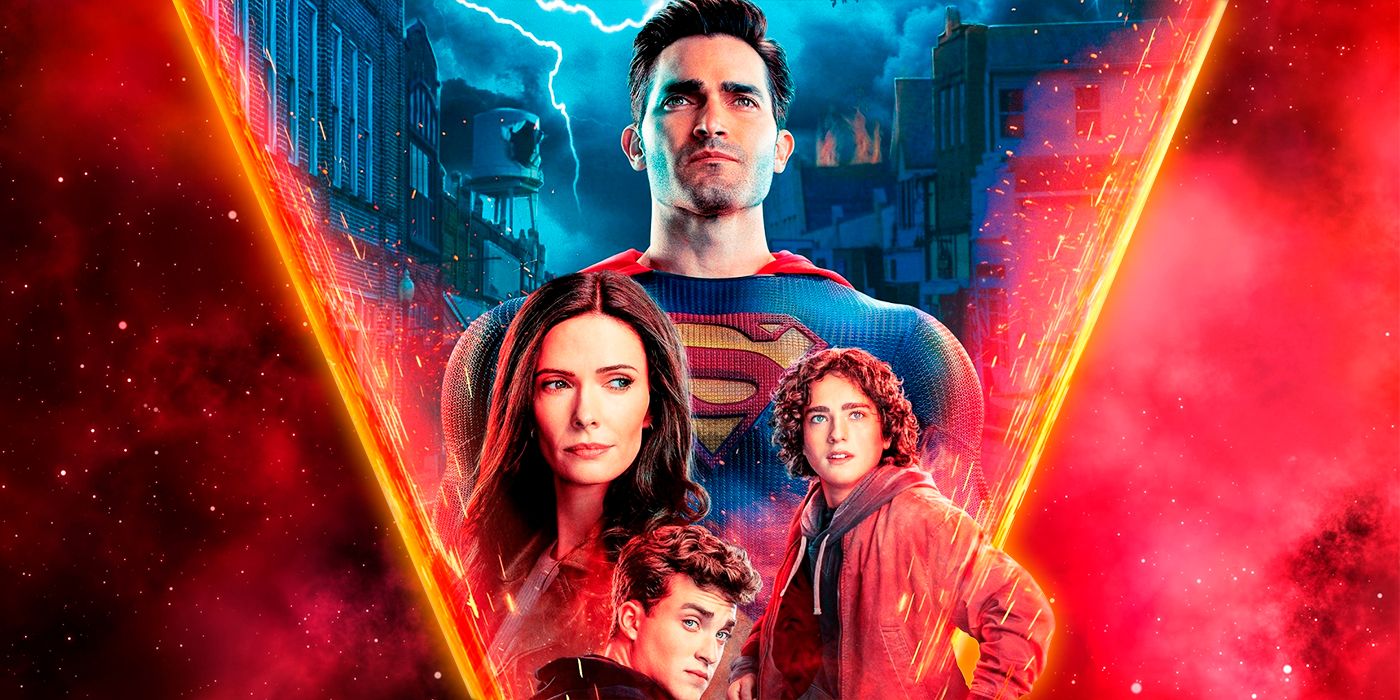 Superman and Lois Set Up S3’s Big Threat, and It’s Not Lex Luthor

Although Superman and Lois is still in the middle of its second season, the series could already pose a major threat for season 3. In the recent episode, “30 Days and 30 Nights”, Lois, Sam and Jordan discover a large X-Kryptonite distribution center. Noting the overall professional level of the operation, Lois assumes that someone with a lot of money must be supporting the criminal enterprise.

In the world of Superman and Lois, the description “rich criminal” conjures up exactly one person: Lex Luthor. Such a revelation would certainly make sense. Lex is Superman’s nemesis. It will surely darken the streets of Smallville eventually. Except, the last time anyone saw him, he was on a one-way trip to the Phantom Zone of the super girl The series finale. Also, the authors of Superman and Lois seem to love nothing more than creating one character and revealing another. Morgan Edge was really Tal Rho, Captain Luthor was really John Henry Irons, Doomsday was really Bizarro, and so Lex Luthor will be really… Intergang.

Founded by Jack Kirby, Intergang is a criminal organization that first appeared in Superman’s pal, Jimmy Olsen #133 in 1970 and has been a fairly constant thorn in the side of Man of Steel ever since. This organized crime outfit has appeared or been mentioned a few times throughout the history of the Arrowverse, most recently in Superman and Lois, season 1, episode 4, “Haywire”, but he never presented himself as a substantial threat. A large stockpile of superpower-granting X-Kryptonite could change that.

Resource-wise, Lex Luthor could absolutely assemble an X-Kryptonite distribution center similar to what appeared in “30 Days and 30 Nights.” Why he would need or want it is another matter. Lex already seems to have nearly limitless resources, and greed tends to be less of a motivator for him than revenge and the desire to rule over others. Thanks to his battlesuit and other pieces of technology, he also has access to more power than X-Kryptonite could possibly grant him. All of this makes him a poor candidate for the mysterious backer of the X-Kryptonite drug business.

Intergang, on the other hand, is a criminal organization famous for using alien weapons and super-powered muscles and whose main goal is to make money. Trading in exotic materials like X-Kryptonite would allow them to enhance the abilities of their foot soldiers and give them a stable and lucrative source of income. Of all of Superman’s rogues gallery, Intergang is the only entity with both the resources and the inclination to set up this type of XK distribution operation.

While Lex Luthor would be a welcome addition to Superman & Lois, Intergang would represent a new type of villain for the series. Tal Rho, Ally Allston, Bizarro, and General Anderson all have personal ties to members of the Lane-Kent family. As such, their actions and vendettas are personal. Intergang is different. As a criminal organization, their machinations are all business-related. This shift in motivation offers new storytelling avenues and could create an opportunity to show that Superman and Lois fight as hard for others as they do for their own family.

Story-wise, Intergang could also serve as a way to unite Smallville and bring the Lane-Kent family back into the town’s good graces. At Lana’s municipal campaign headquarters, Jon Kent has seen firsthand what many in the community think of him and his association with X-Kryptonite. This pariah status could easily extend to Jordan, Clark and Lois. However, if the Lane-Kents – with a little help from Superman, no doubt – help expose Intergang and kick them out of Smallville, they could rehabilitate their reputations and once again become pillars of the community.

To see how the series slowly progresses towards its Season 3 villain, watch Superman & Lois on The CW.

Superman and Lois Sacrificed a Major Hero – and Launched Another

Michel Bigelow is a former and future semi-professional opera singer who moved around a lot growing up but is more or less originally from Houston, Texas. He graduated from the University of Texas at Austin with a BA in Music and from Roosevelt University in Chicago with an MFA in Creative Writing. He has also written and performed comedies on the Second City and iO Chicago stages. He loves comedy, superheroes, Star Wars, Star Trek and Indiana Jones, and he thinks adding Superman can enhance any story. He has a blog that is (mostly) about learning how to do things called The Process Process, which you can find here: https://theprocessprocess.wordpress.com/

As it stands, what does it mean to “prepare” students?