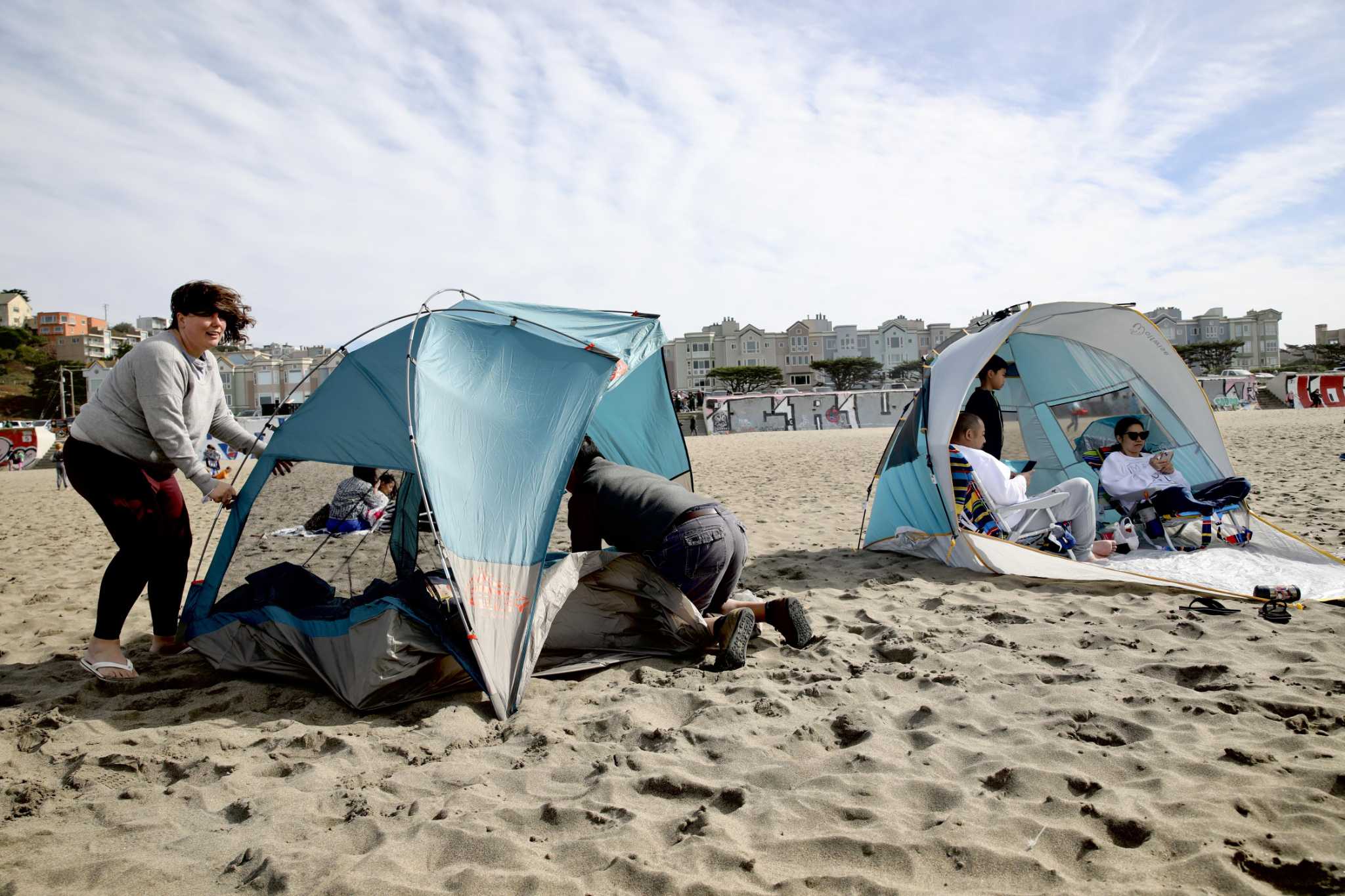 The Bay Area suffered a “cold spell” in November. Was it colder than normal?

If you thought the Bay Area temperatures have been very cold lately, you’d be absolutely right.

Downtown San Francisco is experiencing one of the coldest Novembers ever. And while it hasn’t been extreme, temperatures have consistently been cooler than average over the past few weeks.

The cold weather was not confined to just one pocket of the Bay Area. The entire region was colder than usual, compared to 30-year climate normals. These normals are average temperature values ​​calculated from 1991 to 2020.

Daily low temperatures – reflecting overnight coldness – have been around 3 to 6 degrees below normal this month across the region.

The cold weather stems from abnormal conditions that began more than two months ago, when the
remains of a typhoon
were blown away by high winds in the upper atmosphere and taken to California. The storm brought unusual September
rain
to the Bay Area, including
one third of an inch
of rain in downtown San Francisco. The city normally receives only a tenth of an inch of precipitation in September, on average.

Since then, a series of low pressure systems have followed a similar path to that initial storm.

“It kind of paved a way,” said newsroom meteorologist Gerry Díaz. These systems brought in cold Arctic air as they traveled from Alaska along the coast to California. This cold air seeped into the Central Valley and eventually into the Bay Area.

In addition to the pooling of cold air, increasingly shorter days allow less time for the sun to radiate heat onto Bay Area communities.

The average low temperature this year is just below 48 degrees, calculated from November 1 to November 17. This value ranks sixth among average November low temperatures for the city, dating back to 1875.

The recent spell of cold weather may seem at odds with expectations of rising temperatures due to climate change. But climate refers to long-term averages, not just how hot or cold it gets in a few days.

“What we have now is weather,” said Jan Null, a meteorologist with Golden Gate Weather Services and adjunct professor at San Jose State University.

In the coming weeks, temperatures will remain cool, although there will be brief warmings. As the low pressure systems move in, the weather will oscillate between cooler, rainier conditions and warmer, drier days.

“We are seeing a continuation of this ‘rinse and repeat,'” Díaz said.

State sends Goleta ‘Do it again’ letter on housing