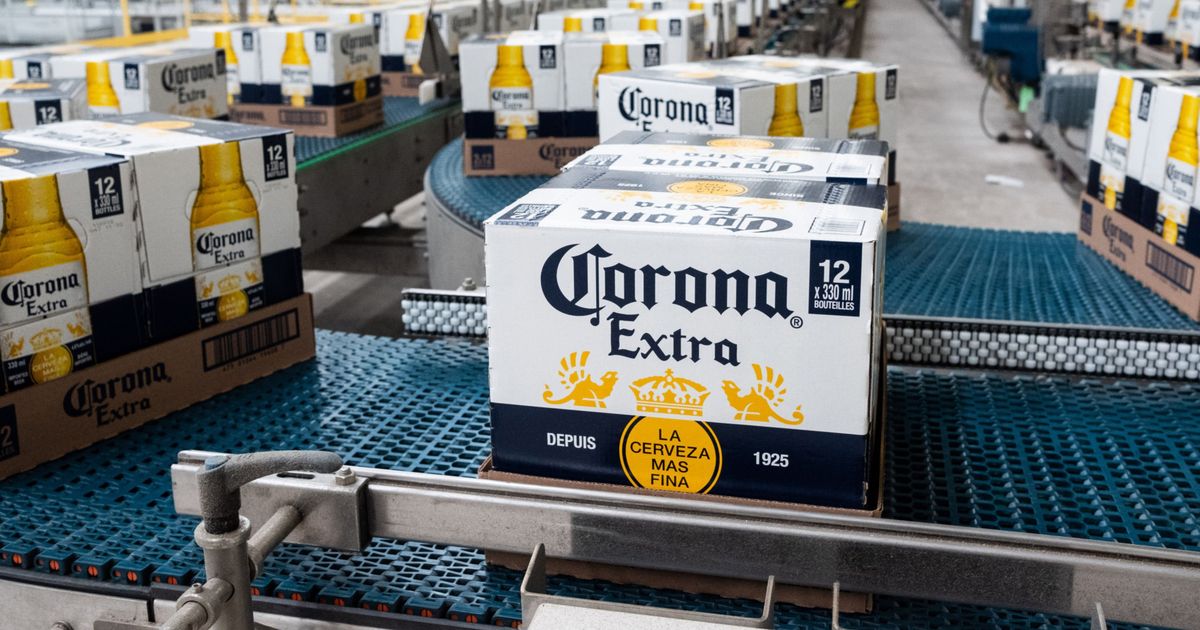 Mexican beer sellers who have battled bottle and can shortages are facing a new challenge to keep their shelves stocked: robust demand.

The slump in sales during the pandemic, followed by rebounding purchases now, has created a whiplash effect and a new round of supply chain stress. This has driven up prices and sent stores and their customers scrambling to make sure they don’t run out in a country that Kirin Holdings Co., the Japanese brewer, ranked fifth in the world for the total beer consumption in 2020.

At Storybird, a distributor of Heineken beers near Mexico City, the sales manager has spent the past few months figuring out how to replenish his thinning inventory. The first beer to disappear was the 1.2 liter Dos Equis, whose dark green glass became hard to find. Then the large bottles of Heineken and Indio became hard to come by.

Shipping centers in Mexico State or Veracruz were offering other beers made by the same parent company to fill the gap, but customers were still calling to complain.

“The first sign, the first red flag, was in February, with the XX Lager,” said Storybird manager Ricardo Leon, 40. “There are days when we don’t reach our quota and we have to find a way to reach it. You break your brains out saying, “What am I doing?”

The price of Victoria and Corona beers, which are made by Grupo Modelo – Mexico’s other beer giant and owned by AB InBev, rose 24% from late May to early June, according to a survey of supermarkets and wholesalers by El Financiero a newspaper.

Earlier this week, a 12-pack of regular Negra Modelo cans was advertised for 216 pesos, or $10.46, on delivery site Modelorama Now. But a recent attempt to try and get it delivered to Mexico City revealed it was sold out – leaving customers to settle for Corona Light, Victoria or a Vicky mango beer.

Ivan Duran Gonzalez, 40, who runs a brick-and-mortar Modelorama store in the city of Zacatecas, saw customers panicking to buy. Sales usually increase in the summer, but he was surprised when a customer bought 50 boxes. Others who usually bought a single 24-pack instead doubled down.

“They told us the shortage is due to high demand, because everyone wants beer now,” he said, adding that in 15 years of business, “this is the first time I see something like that”.

Heineken Mexico announced in June that it would invest 1.8 billion pesos in a can manufacturing plant in Meoqui, Chihuahua, near the US-Mexico border, due to growing demand. Last year, Grupo Modelo announced the expansion of its glass factory in Veracruz.

Small beer producers have started buying large quantities of bottles together to ensure they are not squeezed out of the market. Twenty companies affiliated with the Mexican Association of Independent Craft Brewers, known as Acermex, have together purchased 365,000 glass bottles over the past year from a single Mexican supplier, said director Cristina Barba. Fav.

“Besides the shortage of aluminum and glass, there is a shortage of malt,” Barba said. “Our products continue to be available, but they are more expensive. We have found a way around the lack of bottles and cans, but we are talking about a 20-25% increase in our costs.

Some of the supply chain issues have started to resolve.

Jose Ramon Ruiz, 46, who supplies malt imported from Germany and the United States to craft beer companies in Mexico, said improvements to shipping now mean he no longer has to wait three months for the products. Now, he places orders less than two months before having to renew his stocks, since a container only takes three weeks to arrive from Europe.

He suspects that strong demand, both domestically and internationally, is more to blame for the beer’s current problems.

“When there weren’t enough cans, the natural thing for brewers was to replace them with bottles. You reach a point of maximum bottle consumption, and domestic manufacturers don’t have the capacity,” he said. “There is a question about the availability of raw materials, but I think there is more an increase in demand than a decrease in supply.”

The RTI law is not a media law, it is for everyone – Commission RTI