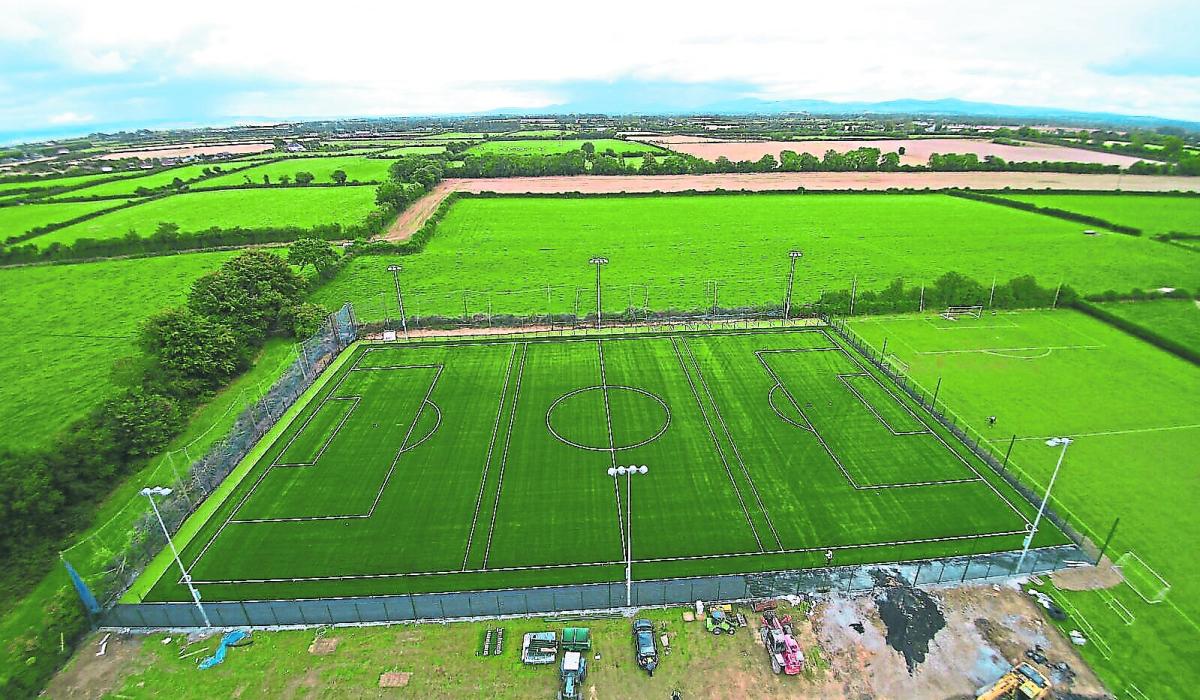 Organized football in Kilkenny dates back to 1893 when Kilkenny AFC took part in the Leinster Football Association Cup competition, this was just the year after the LFA was established. It was almost certainly a team of men attached to Kilkenny Army Barracks in Ballybought Street.

Many local teams appeared in the city of Kilkenny over the next two decades until finally a Kilkenny association football league was formed in October 1912. A Mr DW Lloyd of Ormonde Road was the League’s first honorary secretary. A set of 19 rules, many of which are still in vogue, was published in the Kilkenny People. Kilkenny Celtic Club, founded in 1910, dominated the local landscape from its base at Asylum Lane, Larchfield, Kilkenny City.

The first Irish Free State League was formed in March 1926 when it was founded at the home of Nicholas ‘Navvy’ Walsh at 19 Parnell Street. The first committee was made up of many families whose names still live on in the game’s history, such as Walsh, Cullen, Dunlop, Manning, Cuddihy, Flood, Scully, and Ryan.

The Second World War years, 1939-1945, were difficult for sport in general in Ireland due to fuel and food rationing and the game struggled during this time. However, the Green Celtic club was founded in 1942. Taking over from Kilkenny Celtic, they played their matches at the Fair Green, hence the name change.

A bright new era dawned for the game in 1948 with the reformation of Kilkenny AFC and the establishment of a local league. A whole new group of lawmakers have come together to form a new committee. Prominent among them were J McAllister, J Bourke, Con Downey, Billy Walsh, P Hennessy, Paul Fennelly, Paddy Henderson, Marty Buckley and P Breen.

Among the first teams to participate were Evergreen 1946, Green Celtic, CYMS and Talbot’s Inch. The new league gained momentum when the Freebooters club was founded in 1950.

The freebooters have had many successes in football circles, including their three Leinster Junior Cup victories

In the early to mid-1950s, another new group of lawmakers arrived on the scene, including Paddy Henderson, Mick Owens, Terry Cullen, Michael Mock Lawlor, Joe Doyle, Johnny Walsh, Milo Grogan, Tom Hogan, and Noel Dowling. They had a vibrant league for nearly two decades and built a modern dressing room pavilion on the ‘Comer Road ground in Lover’s Lane, Newpark. The first such pavilion in Kilkenny at the time, providing hot showers for players.

Unfortunately, the game nearly died out in 1968 when all league officials retired and therefore there was no league for some time. Evergreen and Kilkenny AFC played in the Waterford & Carlow League for one season. The new South East League was formed in 1970 and was the father of the modern Kilkenny & District League. The major breakthrough for local football was the founding of the Kilkenny Schoolboys Football League in 1969, primarily by Con Downey, Mike Kelly, Eric Wilcox and Brendan Lonergan.

The people of Kilkenny have played a pivotal role in establishing women’s football, not just in Kilkenny, but across Ireland. Anne Griffin, Kay Ramsbottom and Ursula Grace were among the first Irish international players in 1973. Connie Jordan and Geraldine Downey were also prominent in local women’s football. Michael Walshe has become president of the Irish Women’s Football Association.

The League grew at a rapid pace during the 1970s and 1980s with teams from Kilkenny, Laois, Carlow, Tipperary and Wexford all making up five divisions of junior football. Schoolboys teams have grown to include 65 teams from all age levels of the game. This growth has been reflected in the success of representative teams from the Kilkenny & District League who have achieved national success and participated in four national finals over eight years, winning two in 1976 and 1984.

Rural clubs like Callan United, Highview Athletic, The Lions, Durrow, Spa United, Johnstown, East End United, Bennettsbridge, Thomastown United and Deen Celtic began to feature at the top of domestic football winning major competitions while their players featured regularly alongside. the main clubs based in the city of the League’s Oscar Traynor teams. 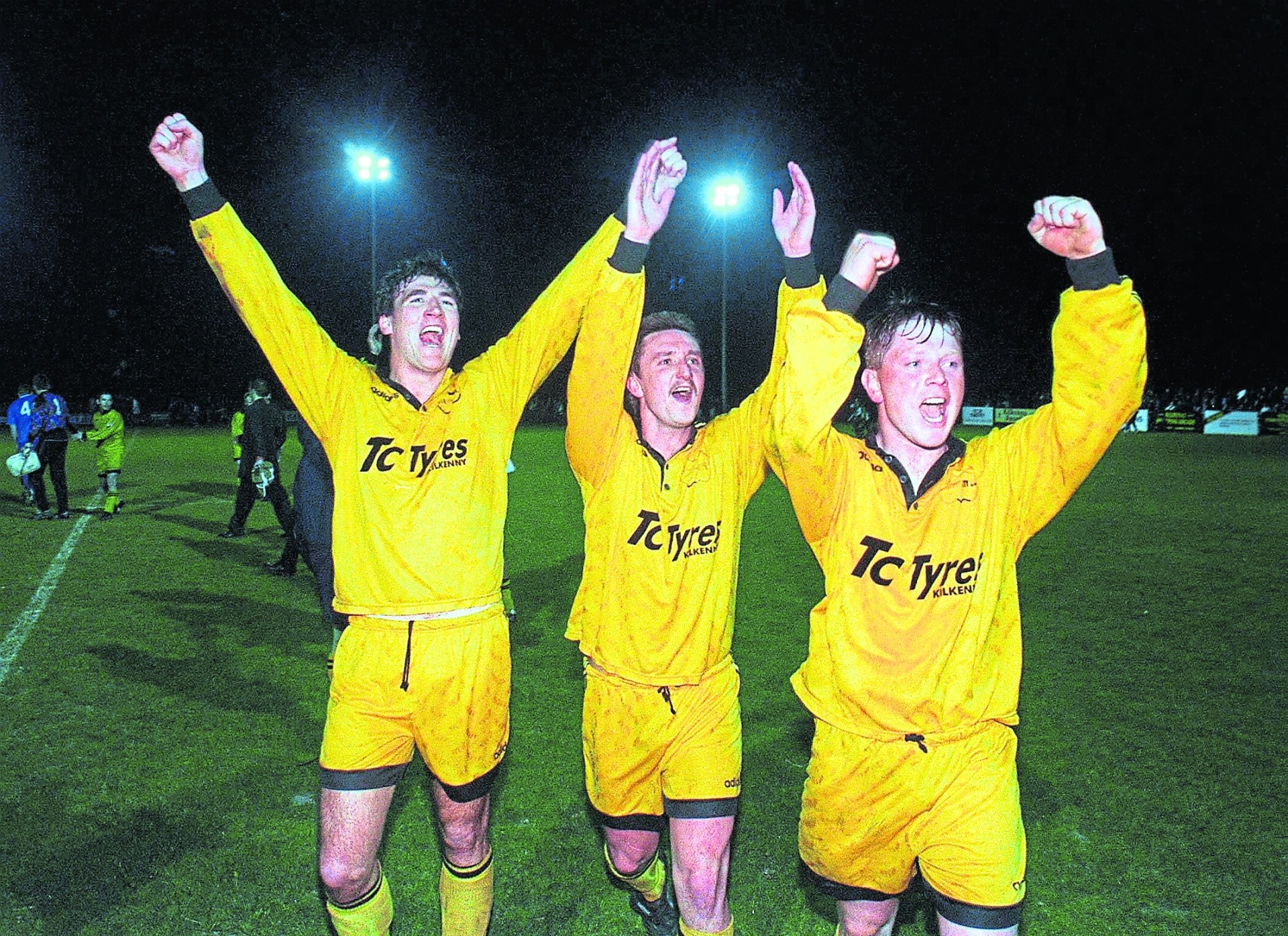 The confidence of Kilkenny football was demonstrated when the EMFA and Kilkenny & District League purchased and developed their ground. Clubs like Clover United, Lions, Deen Celtic, Thomastown United, Tullaroan, Bridge United, Spa United and Southend United were to follow. Many then installed locker rooms, Astro turf playing surfaces and floodlights. Some clubs have negotiated long-term leases with the local authority with fine developments at Freshford Town, Highview Athletic, Freebooters and Callan United.

Evergreen and Freebooters clubs also began to make their mark with Evergreen taking part in the blue ribbon of Irish junior football when they made the FAI Junior Cup final in 1984. The Freebooters made their mark in the Leinster Junior Cup, winning the competition three times over an eight-year period. They were the pioneers for all the other local teams to follow their example.

Senior football reached Kilkenny when city club Emfa entered the League of Ireland in 1985. They went through a name change as Kilkenny City in 1989. Unfortunately the journey came to an end in 2007, but some success was achieved and great occasions were enjoyed at the beautiful stadium of Buckley Park for two decades. The names of Jimmy Rhatigan, Tom Cantwell and Alfie Hale will long be associated with the journey into senior football.

Success followed for Kilkenny clubs with youth and schoolboy teams reaching national and provincial finals. Interleague titles were also to follow. International selections have been reached in abundance at junior level. A major beacon has been the growth of women’s football in Kilkenny over the past two decades. With Vera Pauw’s senior team qualifying for the Women’s World Cup finals in Australia and New Zealand next year in 2023, women’s football is set to see substantial growth in the years to come.