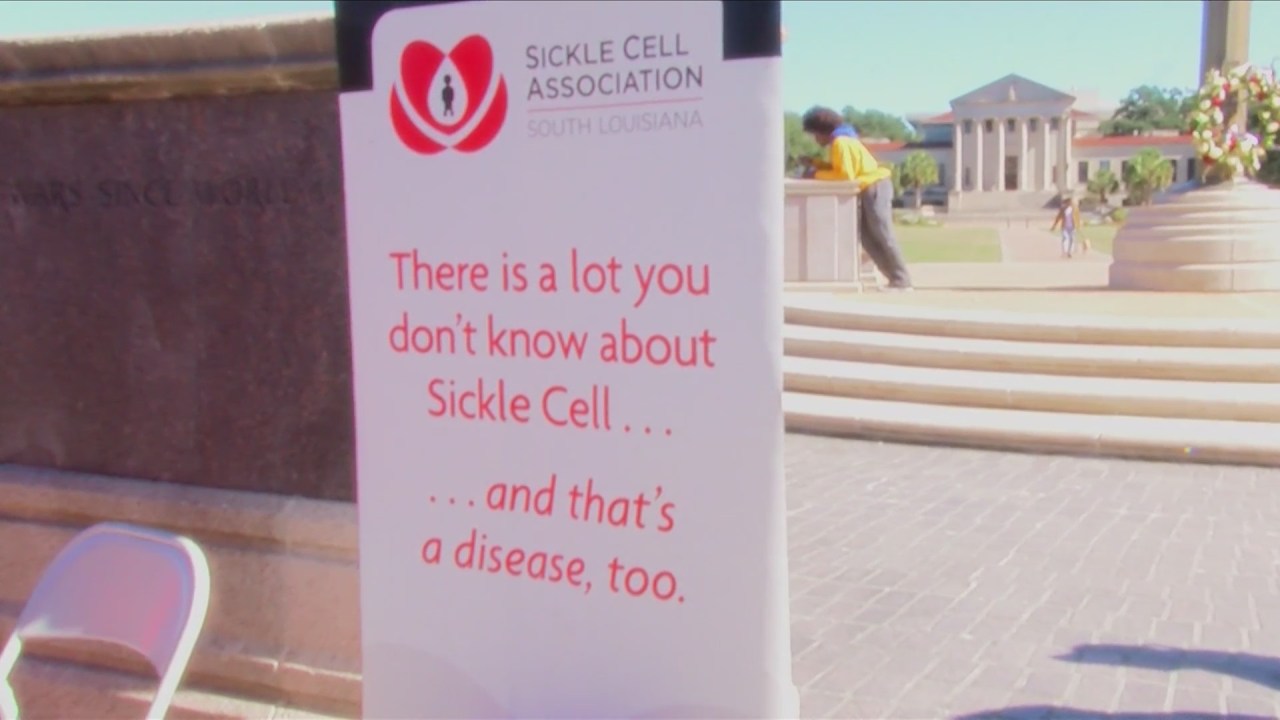 “Since most people with sickle cell disease in America are black or brown individuals. It’s better if the blood comes from someone of the same race as them,” explained Unity Blood Drive Block Party event organizer Quenton Buckhalter.

About 1 in 13 black babies are born with sickle cell trait. According to the Centers for Disease Control and Prevention, sickle cell disease affects black and Hispanic communities the most.

For an LSU grad student, this event hits home.

Quenton Buckhalter, a carrier of sickle cell traits, says he lost his mother to the disease. “Sickle cell disease runs in my family, my mother died of it in 2017. I have sickle cell trait. I am not allowed to donate blood for this reason. That’s why I organized this event today to really still, you know, do my part in the community for sickle cell warriors,” he continued.

And many other students had similar stories.

They say that by donating, they not only help someone in need, but also give back to the black community.

If you were unable to donate on the LSU campus, you can also donate to Our Lady of the Lake and for more information on helping someone with sickle cell disease, you can visit here.