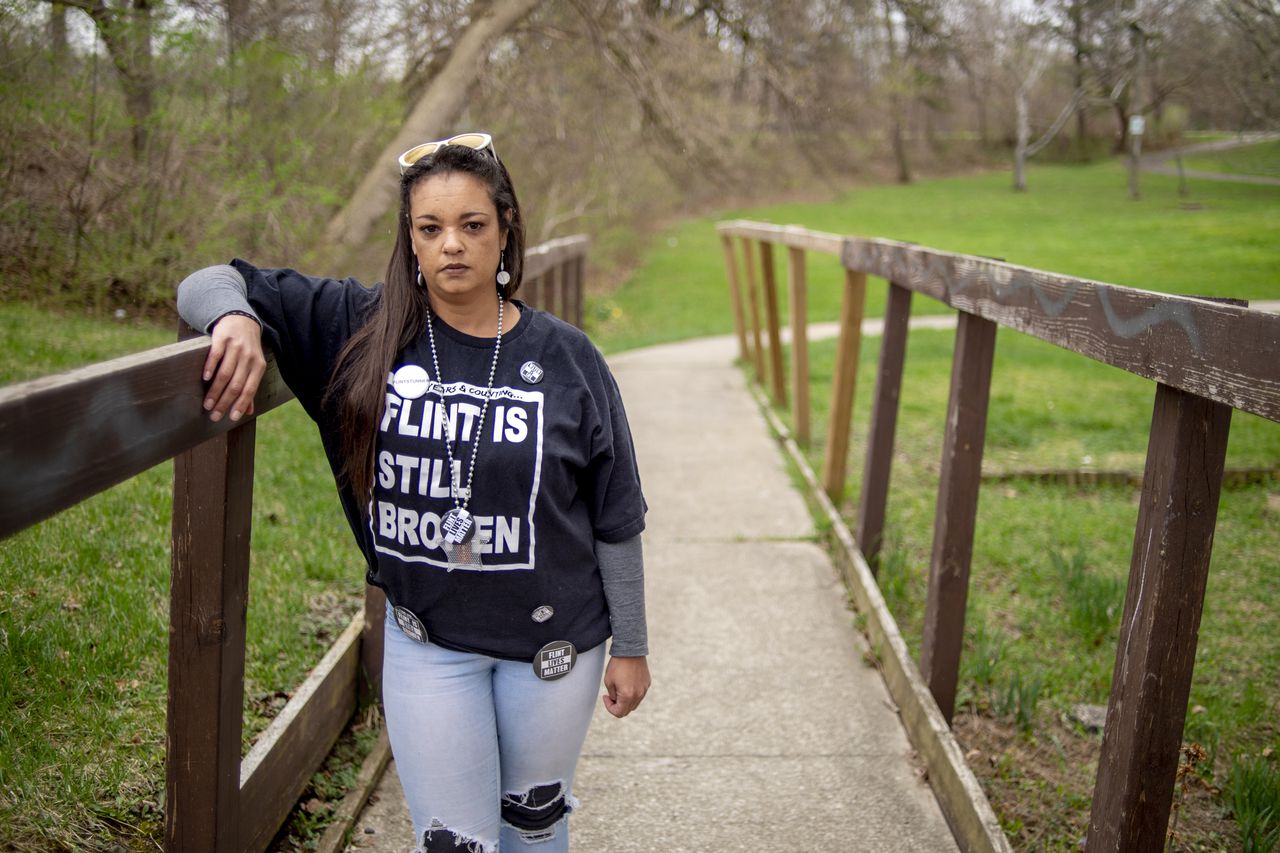 “The world thinks the water crisis is over. It’s not’: Flint recalls 8 years since crisis began

That was the message from Monday’s rally at Kearsley Park in the early afternoon.

Dozens of community members gathered to commemorate and remember the eight years since the water crisis began on April 25, the same day the city’s water source was replaced by the Flint River.

“It’s been eight years too long,” said DeWaun Robinson, president of the Flint Black Lives Matter chapter. “… We understand that this is a long process. We never want to give up.

Flint’s water crisis was sparked after the city stopped buying pretreated Lake Huron water from Detroit in April 2014 and instead used the Flint River as its water source until October 2015. .

Lifetime Flint resident Joelena Freeman spends more than $1,000 each year on drinking water on top of her water bill.

She still only uses the water for showering and washing dishes.

“I feel like we’re still at the heart of it all. Nothing really happened,” Freeman said. “…I love Flint and our community, and I’m glad we can get together. If we didn’t have that support, I’d just be crazy about the water at home.

One of dozens gathered at the party, 1st Ward Councilman Eric Mays took the day to reflect on some of the early days of the water crisis, when he and many other “water warriors joined to draw attention to what was happening in Flint.

“The work is not yet finished. Eight years later, I wish it had been done,” Mays said.

Mayor Sheldon Neeley said there is still a lot of progress to be made, both infrastructural and psychological.

“We’ve made great strides in rebuilding the water and building a secondary distribution system, ensuring we’ll never drink from the Flint River again,” Neeley said. “…The only thing that can get us through this is results – and deliver those results to residents.”

The city on Monday announced the completion of a connection to a secondary water source — with the Genesee County Drain Commission — so there’s a backup in case Great Lakes Water Authority service is interrupted.

Since its failed attempt to treat water from the Flint River ended in October 2015, Flint has purchased pretreated water from GLWA, but it has been operating without a backup water supply.

Robinson described today’s event as a “second wind” that invigorates the community.

“It’s a passive reminder that we continue to stay in the fight,” he said.

“There will be no justice for the twelve we lost or for the children who ingested lead during their most vulnerable formative years,” Ananich wrote in a statement. “But accountability under the law is always at hand and I will continue to say that anyone who played a role in this crisis – however powerful – must always be held accountable for their actions or inaction.”

Monday was the 27th day of the landmark civil trial in which four Flint children sued two consultants who advised the city during its water crisis, claiming they had been negligent in their work and exposed them to harmful substances. water contaminated with lead.

In court filings, the companies – Veolia North America and Lockwood, Andrews & Newnam – have questioned the children’s injuries and said government officials – not their employees – were responsible for the water crisis.

Lawyers were available at the event to help residents navigate the claims process after it opened in January this year.

The deadline for submitting claim forms and supporting documents is May 12.

More information can be found on the Official Flint Water Settlement website.

Read more on The Flint Journal:

Facebook makes the market cheap for new students. But it is expensive for colleges.