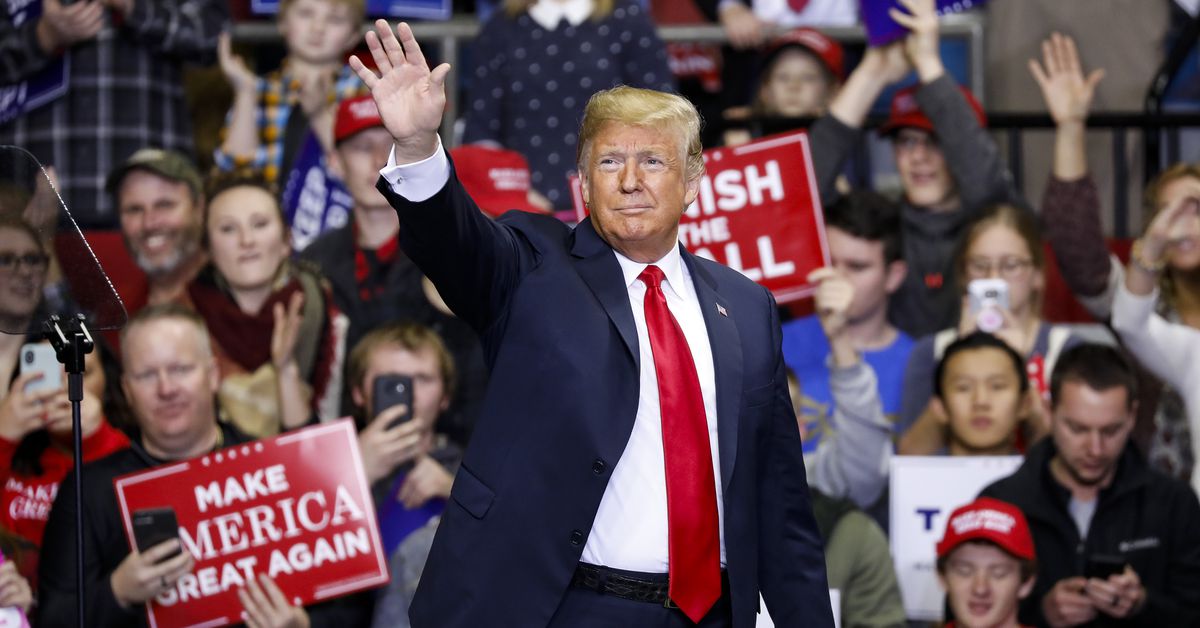 Trump’s Truth Social app can’t beat Twitter, but it doesn’t have to be

After months of speculation, tribulation and hype, former President Donald Trump on Monday launched his long-awaited social media platform – Truth Social. The app, an unabashed Twitter clone, is available to download from Apple’s App Store and topped Apple’s download charts as soon as it was released on Wednesday.

But despite all this excitement, Truth Social remains completely unusable. Hours after the Presidents’ Day app launched, it suffered dozens of technical issues, ranging from a 1 p.m. outage to users unable to create an account, not to mention receive the e- confirmation email that allows them to start the membership process. Even if you managed to get a username, chances are you’ve been placed on a waiting list of over 300,000 people to even start posting your “truths” – Trump parlance for “tweets”. (To be fair, Devin Nunes, former House member and head of the Trump Media & Technology Group (TMTG), told Fox News Sunday that the app would not be “fully operational” until the end of March.)

Conservative-focused social networks are trying to build an alternative, not a replacement

Judging by the rocky launch, it’s hard to imagine that Facebook and Twitter are particularly worried about competition. But while Trump’s new app capitalizes on grievances with the big platforms, its real goal is to complement them rather than replace them. Like talk radio or Fox News before it, the new generation of conservative-focused social networks is trying to build an alternative, not a replacement – ​​making the platform’s success both easier to achieve and more difficult to measure.

It’s easy to think that Trump is trying to replace Twitter, in part because that’s what he says himself. When the incumbent president was banned from Twitter last year, he pledged to launch his own competing platform to rival “the liberal media consortium”. That goal aligned with actions he’s taken in office, condemning Facebook and Twitter for “censoring” conservative speech and “distorting” prominent Republicans online. Truth positioned itself as an alternative for aggrieved conservatives who felt their posts had been unfairly suppressed by Silicon Valley’s liberal elites. The design of Truth Social, which is almost indistinguishable from Twitter, only takes the point further.

However, leapfrogging Big Tech monopolies wasn’t the only way Truth Social marketed itself to investors. A slideshow presented to investors last November described Truth as an “opportunity to galvanize/unify the fragmented ‘non-Big Tech’ universe” rather than simply competing with Facebook and Twitter for market share.

It’s hard to believe Truth will ever convince a hard-core Twitter user to deactivate their account, especially when the platform operates nearly the same as its supposed competitor. But it’s easy to see why a longtime Trump supporter would set up an account. For them, Truth is just an addition to the Facebook groups, Discord chats, Gettr communities, and subreddits they are already a part of. In that sense, it’s similar to talk radio, which didn’t replace traditional pop music programming, but carved out a niche for itself alongside it.

For competing companies in the alternative social media ecosystem, a successful platform may not be one that replaces Twitter, but sets the standard for the community that counters it. “What Truth might do, or Gettr, is create a pretext for the rules on this side of the internet, as opposed to the opposite position, which pushes back against the rules set by the dominant platforms,” ​​Jamie Cohen, media expert digital , Narrated The edge.

“The more the merrier, right?”

It also explains why the new generation of right-wing platforms doesn’t seem too concerned about internal competition. At Turning Point USA’s Americafest conference last December, Kaelan Dorr, Gettr’s head of global marketing and engagement, answered a question about truth as a competitor, especially as Jason Miller, the CEO of the platform, ran Trump’s presidential campaigns. “The more the merrier, right?” said Dorr. “There is absolutely a world in which we can all coexist. It shouldn’t be that there is only one warrior who will stand against this juggernaut that is Big Tech.

Talk to The edge On Tuesday, Ebony Bowden, director of global communications at Gettr, said Gettr has seen thousands of new signups since rolling out Truth. “What we’re seeing now is this divide in how people get their information,” Bowden told me. “When we say we think President Trump’s going into space is a good thing, and it helps us all grow, we really mean it.”

Gettr, like other alternative social media platforms, is already making room for a Truth takeover. In an interview with the New Yorker last month, Miller said Gettr was “moving much more towards a financial services competitor.” Trump, he said, “was leaning more toward the entertainment baron, so to speak.”

Even though Truth Social’s user base continues to grow, it’s unclear how the platform will monetize itself to stay afloat. “The conservative media has incredibly old demographics,” Brian Rosenwald, author of Talk About Radio AmericaRecount The edge Tuesday. “It’s not good for advertising, and obviously they have a real problem coming in when your audience is on average 70 years old and won’t be around forever.”

Why the status of IT security is changing within Australian companies