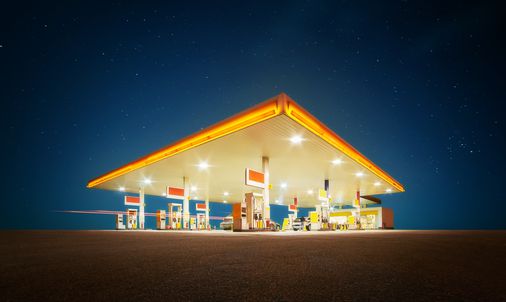 Want to solve climate change? It’s going to cost us at the gas pump.

Everything to save money.

It’s not just theory. A thinking group at San Jose State University in 2014, for example, observed that light rail demand increased by 9.34% when the price per gallon exceeded $4. More than a decade ago, the Federal Highway Administration noted that in the first 10 months of 2008, Americans reduced their driving by 3.5% – 90 billion miles! – as prices at the pump topped $4. (Yes, really. For all of our complaints about gasoline over $4, this isn’t a new issue.) And a March 2022 survey by the American Automobile Association found that not much had changed: At $4 a gallon, 59% of respondents said they would “change their driving habits or lifestyle.” If gasoline reached $5 nationally, as it already is in some places, that figure would rise to 75%.

And when prices drop? Logically, this all happens in reverse. We drive more, buy bigger cars and don’t cram into public transport anymore. And we laugh at these idiots on bikes.

So here’s my big question: if climate change is such an extreme disaster — a disaster that The United Nations says will continue to render parts of the world “uninhabitable” – and if fuel burning is a major contributor to this, why are politicians (including, and sometimes strongest, the left wing) trying so hard to lower the price of gasoline?

Isn’t that the exact opposite of what we should be doing?

Looks like. But Democratic governors of states such as California, Colorado, Connecticut, Michigan, Pennsylvania and Wisconsin want to suspend the federal (and in some cases state) gas tax to make fuel less dear. For his part, President Joe Biden is doing the same by drawing 30 billion barrels from the Strategic Petroleum Reserve. He’s the same guy who, in one of his first Executive orderspromised to put climate change at the “forefront of this nation’s foreign policy and national security planning.”

Cutting edge, I guess, unless that means paying $4 a gallon.

All of this suggests that while our rhetoric on the global climate crisis may seem intransigent, our resolve to solve it is not. It’s partly political: the complaints of injured motorists are much louder than the cries of the planet.

But it also reflects a deeper division. The wide stereotype it’s that the Democrats believe in regulation, the GOP in the free market. Academics and think tanks argue that market-based strategies – higher prices, carbon trading, etc. – are the most effective and efficient way to reduce CO2 emissions. But many people who might agree with this approach — Republicans — have taken the head-in-the-sand position that there is no climate crisis to begin with. Meanwhile, Democrats generally eschew market-based approaches in favor of tougher regulation.

The regulations sound good because they go after corporations — Democrats’ favorite whippersnappers — while seemingly leaving regular voters unscathed. But it’s cumbersome, potentially full of loopholes, and often not that effective.

Take, for example, the federal government energy efficiency standards. By 2026, new cars must reach 49 miles per gallon. The Department for Transport boasts that the new rules “will reduce fuel consumption by more than 200 billion gallons through 2050”. Great. But as the think tank Resources for the future observed, cheaper gasoline prices undermine fuel efficiency standards. For example, standards were tightened for cars built between 2012 and 2025. But as gasoline prices fell in 2015, the perverse result was that people bought more gasoline and the average fuel consumption car fuel consumption has actually decreased. Price, it seems, can be a more powerful driver of behavior than regulation.

What was true then will no doubt be true this time too. Moreover, if the political winds blow differently – say, a Republican president in the White House in 2024 – these energy efficiency rules could be easily dismantled.

Of course, as prices go up, we are all unhappy. And the less fortunate are particularly affected. To some extent, this speaks to problems that could be solved with more direct solutions (higher wages and credits for childcare, for example), rather than simply lowering the price of gas to all. Or maybe, in the event of a sudden price increase, just give low-income families some extra cash to use as they wish. It might offset the pain in the wallet, but – because it’s money – wouldn’t simply act as a gas subsidy.

Bottom line: With the exception of a few of the greener ones (and I’m not one of them), most of us are economic creatures. Let’s make gasoline cheap, we’ll use more of it. Make it expensive, we’ll use less. Politicians should stop trying to manipulate prices and let markets work.

Tom Keane is a regular contributor to Globe Magazine. Send your comments to [email protected]