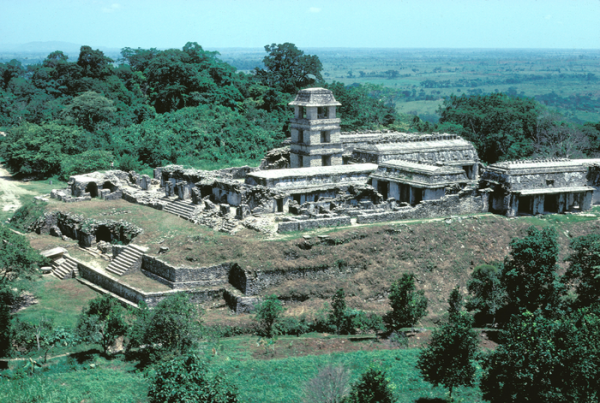 Writing is not present in all “complex” societies, but it can signal inequality

Newswise – For more than a century, written language has been viewed by anthropologists and other social scientists as a defining characteristic of societal complexity or “progress” (a term tinged with colonialism and racism). But in a new study in the Journal of Social Computing, researchers have found that societies do not need written languages ​​to be large or have complex governments. In a systematic comparative study of pre-colonial Mesoamerican societies, the study authors found that some major population centers had written communication systems, but others did not. At the same time, centers that had more elaborate computing and writing systems tended to be more autocratic (top-down governance dominated by rulers) than those that did not.

“The development of writing was considered a feature of large-scale civilizations or societies,” says Gary Feinman, MacArthur curator of anthropology at the Field Museum in Chicago and first author of the study. “Our findings challenge and refine this long-held assumption by illustrating that the relationship between social network scale and computer systems must also consider how people were organized and the resulting communication networks. This relationship is not just about efficiency; the history and how people were organized and communicated is key.

The result, says Feinman, is that “in pre-Hispanic Mesoamerica, the overall elaboration of computer systems like writing, mathematics, and calendars is not directly correlated across societies. They do not necessarily become more elaborate or effective over time.

“Many of the dominant paradigms in the study of the human past have a Western or Eurasian bias that does not stand up to scrutiny with data from other parts of the world. Being primarily Americanists, we know that certain favored models do not work. for the Western Hemisphere,” says co-author David Carballo of Boston University. Some of the largest indigenous empires in the Americas had no written language, and “those cases, which seem anomalous in a Eurasian prompted us to probe why people wrote and what sorts of things they wrote about, rather than assuming a close correlation with other forms of social complexity.

For the study, Feinman and Carballo compared large population centers in what is now Mexico and Central America from 1250 BCE to 1520 CE, looking at factors such as the size of the population, size of the area governed and political organization. Even in societies without written records, scholars are able to determine political structure by examining archaeological remains of buildings and features like palaces. By comparing the remains of residences, public buildings, settlement layout, burial contexts and monuments, researchers are able to glean information about how a society was governed and the distribution of power and control. richness.

Feinman and Carballo then cross-referenced these data points with the computer systems (writing, math, and calendars) used by the populations at these settlements. The relationships they found between writing and societal complexity were, in a word, complex. There was no clear linear relationship between the size of a society and whether or not it had the script. But they found a connection between writing and political organizing. Writing tended to appear more often in societies with autocratic rulers (think all-powerful rulers) than in societies where power was more evenly shared.

This may sound retrograde – knowledge is power, isn’t it? Surely you would think that societies with writing would be better able to communicate over great distances and give more people the opportunity to acquire knowledge. However, that is not what Feinman and Carballo found.

“If we take the cases of the most elaborate writing systems, like Classic Maya, much of their writing was aimed at conveying messages between high-ranking people,” Feinman explains. “Because it’s a complex writing system, the number of people who could absorb it was limited by wealth or class, and you passed on to those people information that both legitimized your role of leadership and could express your relationship with other elites.” In this case, the writing was not a great equalizer, it was the opposite.

They also found that writing systems did not necessarily correlate with societies that needed to communicate with distant people. “I don’t think writing was primarily about delivering messages to people over long distances. Most written texts were not portable at that time. If you wanted to convey information to a large number of people, they would come to one place and you would have some kind of activity there, which would be mostly based on verbal discourse,” says Feinman.

In previous work, Feinman (with his colleagues) has shown that societies with large power imbalances tend to be those that are somewhat less sustainable, which seems consistent with the findings of this study. “In Mesoamerica, I think it’s pretty clear that more collectively organized political systems with less complex, quote-unquote writing systems actually tend to be more bearable, more enduring,” he says.

Another key finding of the study is that even when societies developed an elaborate writing system (like the Classic Maya), they did not always stick to it. “Technology adoption and diffusion are social processes,” says Feinman. “Technologies that appear to be more sophisticated or ‘effective’ are not always adopted or retained.”

“The study is important in a broader context of understanding the human past by showing that the evolution and diffusion of technologies, including in communication and computing, do not always occur in a linear fashion,” says Carballo. “They are developed and adopted or rejected by people in specific social and historical contexts.”

The researchers aim to reframe how archaeologists research and define social complexity. “I think it’s important not just to look at the presence-absence or complexity of communication systems, but it’s important to look at who communicated with whom and the types of messages sent,” Feinman says. “The study illustrates the importance of our organization. Humans are a truly unique combination of being very good cooperators but also selfish. Our work helps show the complexity of this balance, which underlies the ebbs and flows of human history.